Five takeaways from the Temple Mount and Jordanian crises 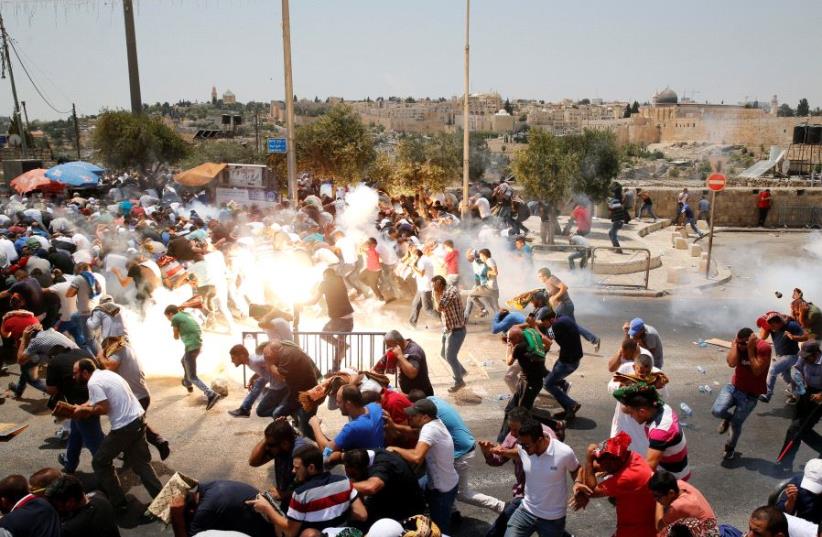 Palestinians react following tear gas that was shot by Israeli forces after Friday prayer on a street outside Jerusalem's Old city July 21, 2017.
(photo credit: REUTERS/AMMAR AWAD)
Advertisement
One event followed on the heels of the other over the last two tumultuous weeks, which began with the murder of two border policemen by three Israeli Arabs near the Temple Mount. Here are some initial lessons:Always think, and when it comes to the Temple Mount, think sevenfold Prime Minister Benjamin Netanyahu’s natural instinct – and the natural instinct of the security apparatus following the killing of the border policemen on July 14 – was to do something, show the nation that something – anything – was being done to secure the Temple Mount and Jerusalem’s Old City. After so brazen an attack, the blood boils and the reflex is for quick action.Following security consultations, Netanyahu first decided to dismantle the mourner’s tent that was set up by the relatives of the terrorists in Umm el-Fahm. Then, after more consultation, he decided to install metal detectors at the entrance to the Temple Mount.Had Netanyahu foreseen the outrage that installation of the security devices would have caused, it is hard believe he would have taken that step. 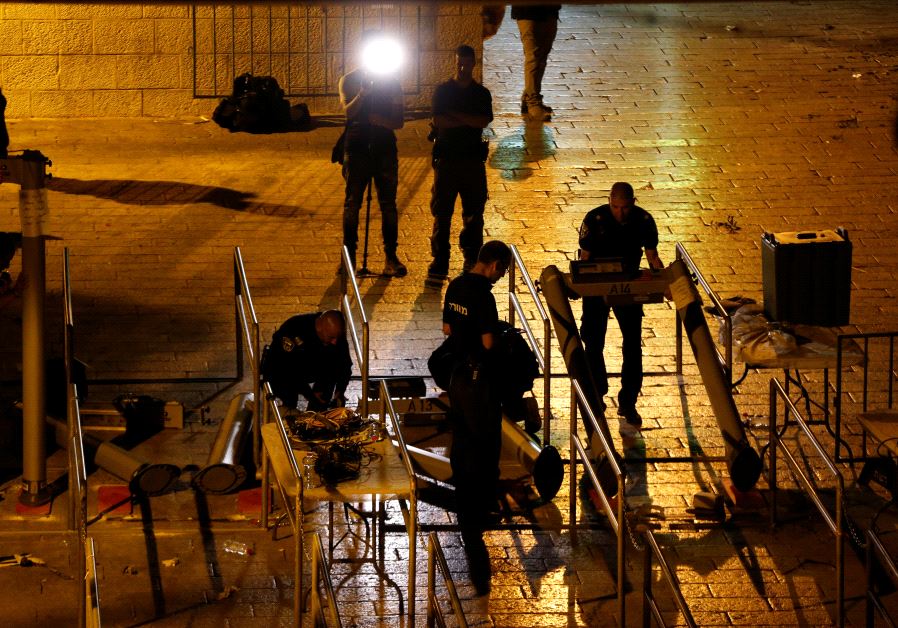 Israeli security forces remove metal detectors which were recently installed at an entrance to the Temple Mount (Reuters)But he did not foresee the outrage, apparently, which means things were not thought through sufficiently, which is a shame.Netanyahu convened three security cabinet meetings over the last six days to consider whether the metal detectors should be removed. He should have convened at least one before installing them.When dealing with what is arguably the most sensitive piece of real estate on the planet, even the smallest alteration needs to be considered extensively and consultations held with other stakeholders, such as the Jordanians, Saudis and Palestinians. Otherwise, all hell might break loose.We can’t just talk to ourselves and think that solves the problem For days, the country debated whether or not the metal detectors should remain in place or be removed, as if once Israel decided to remove them, everything would work out.This is an endemic Israeli problem, a tendency to think that if the Jews come to agreement among themselves over an issue – something that is in and of itself no easy chore – than the issue is solved. We debate among ourselves and think once that debate is over reality will conform to our decisions.This is apparent in our endless debates over the future of the settlements. For instance, we believe if we decide among ourselves that the settlement blocs will remain part of Israel in any future agreement, then that is the way it will be. The hard reality is that there is another party that might have a different idea. 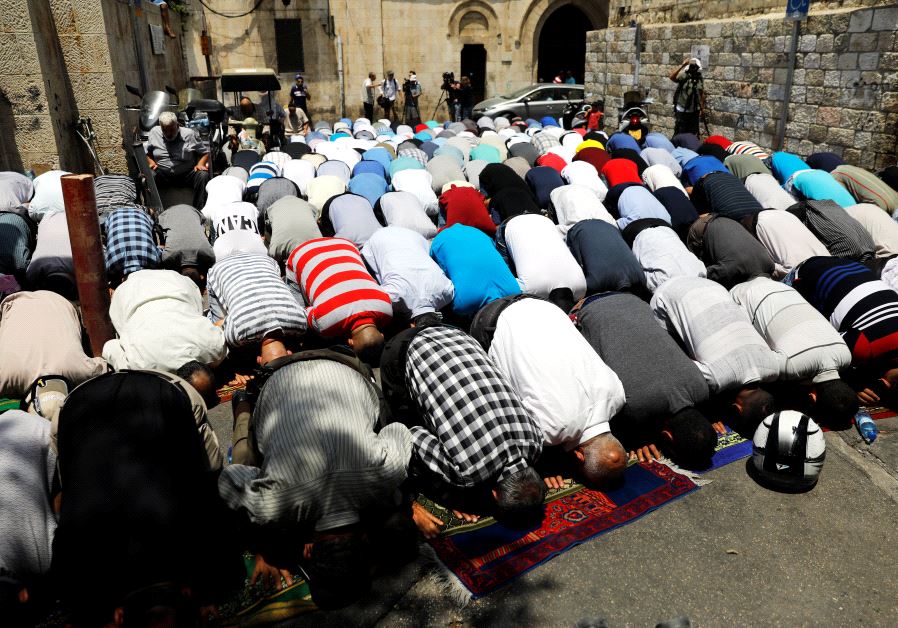 Palestinian men pray outside the Temple Mount after Israel removed the new security measures there, in Jerusalem's Old City July 25, 2017. (Reuters)There was a sense Tuesday morning that once the security cabinet decided to remove the metal detectors everything would return to normal. Except it didn’t.The metal detectors were removed, but the Muslim worshipers still refused to enter the compound, praying instead at Lions’ Gate, this time unhappy about the cameras.There are many other powerful forces with different interests at work. Just because we decide something among ourselves does not mean the game is over.The relationship with Jordan is very strong

The stabbing of the security guard at the Israeli compound in Amman, and his killing of the assailant and another man at the scene, is the type of incident that could have severely strained ties between two countries.That this did not happen – and that the episode was over within 30 hours, with the Israeli delegation, including the guard, back in Israel – is a sign of how important the relationship is to both countries.Jordan, of course, is of critical strategic importance to Israel. Imagine for a moment what Israel’s strategic situation would look like if Israel’s neighbor to the east, with which it shares a long border, was Syria or Lebanon instead of Jordan. Life would be much more difficult. 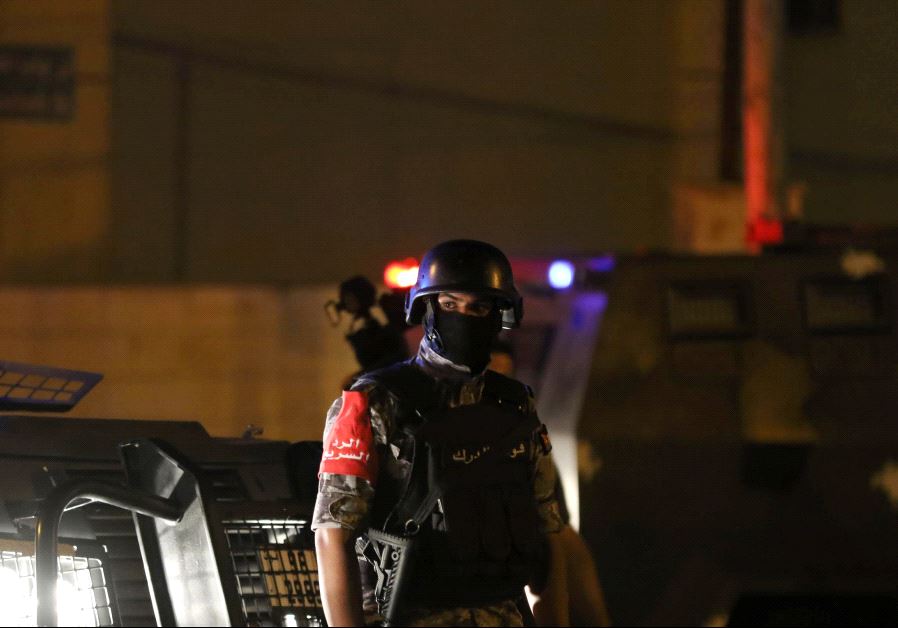 A policeman is seen near the Israeli embassy in Amman, Jordan July 23, 2017. (Reuters)But Israel is even more critical for Jordan.In fact, one could argue that Israel – because of its military, security and intelligence cooperation, as well as because of the water and gas it sells the country – is of existential importance to the Hashemite Kingdom.If King Abdullah were toppled, Israel could survive, albeit faced with enormous new headaches from the east. But if Israel ceased to exist, it is not clear whether the Hashemite Kingdom – with more than a million refugees who filtered down from Syria, hostile Shi’ite forces on its eastern border with Iraq, and a strong fundamentalist Muslim Brotherhood constituency within – would endure.When things work, they work Israel is nothing if not enormously – perhaps even abnormally – self-critical. When things go wrong – such as the decision to install the metal detectors on the Temple Mount – we complain, and debate and second- guess endlessly. And in the end, there will be calls for the establishment of a commission of inquiry.But when the system works, hardly a word is heard.The manner in which the Jordanian crisis was resolved in 30 hours, was the result of various components inside the government working, and working well together: the Foreign Ministry, the Shin Bet (Israel Security Agency) and the Prime Minister’s Office. 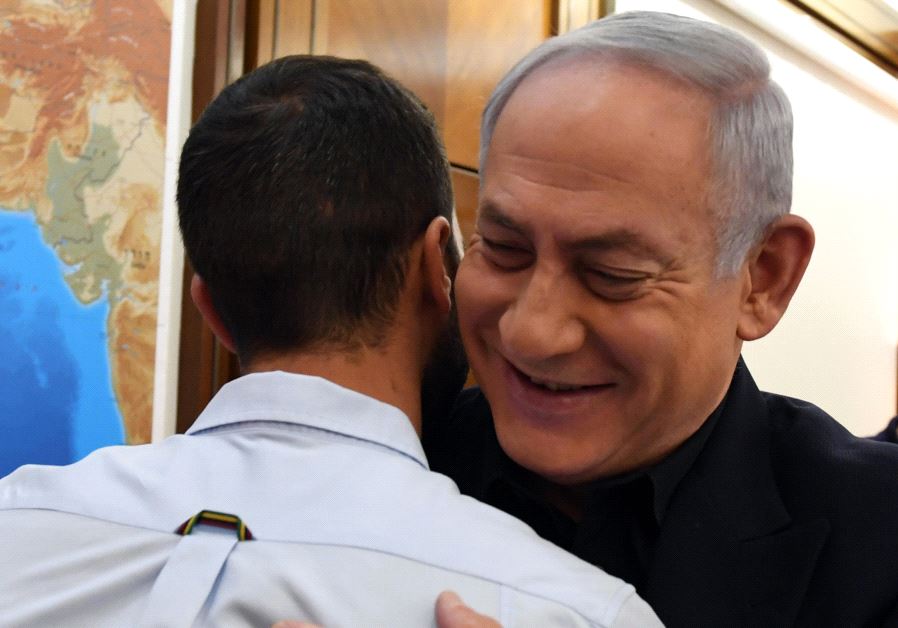 Israeli Prime Minister Benjamin Netanyahu hugs the security guard from the Israeli embassy in Amman Jordan who was stabbed by a terrorist (CHAIM TZACH/GPO)There was no guarantee that the Jordanians would let the guard who shot dead two Jordanians, albeit in self-defense, allowed out of the country. It happened because of the professionalism of the much-maligned Foreign Ministry, whose staff in Amman, together with those in Jerusalem, not only called the right play in stressing the incontrovertible nature of the Vienna Convention that governs diplomatic relations, but also implemented the play flawlessly.The ministry was assisted by Shin Bet head Nadav Argaman and the PMO. And the entire plan was implemented fluidly, without a hitch.Yes, it can happen.The Right can push Netanyahu only so far Critics of Netanyahu say often he is the prisoner of the right-wing of his party and of his coalition; that he is the prime minister in title, but in practice, those calling the shots – when it comes to issues such as the diplomatic process with the Palestinians and construction in the settlements – are Ze’ev Elkin, Miri Regev, Naftali Bennett and Ayelet Shaked.The Temple Mount crisis shows that there is a limit to the Right’s influence. Regev slammed Netanyahu for the decision to remove the metal detectors. And Shaked, Bennett and Elkin all voted against it in the security cabinet meeting Monday night.But still Netanyahu went through with it. 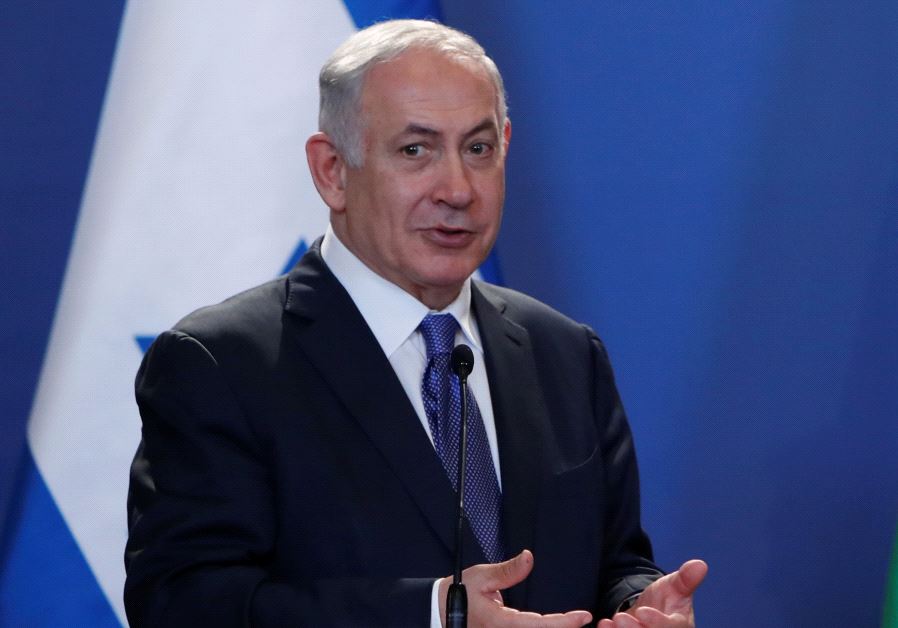 Benjamin Netanyahu (Reuters)Why? Was he not concerned about his right-wing base, about competition for voters on the Right? Yes, but even that has its limits.Balancing the predictable sniping from Regev and Bennett against the possibility of a full-blown conflagration over the issue, the prime minister opted to brave their sniping to fend off what the security apparatus warned could truly be a catastrophic situation.