“I am patient, but I am also determined to keep my daughters’ alive by bring them justice and doing good deeds for people everywhere,” Abuelaish said. 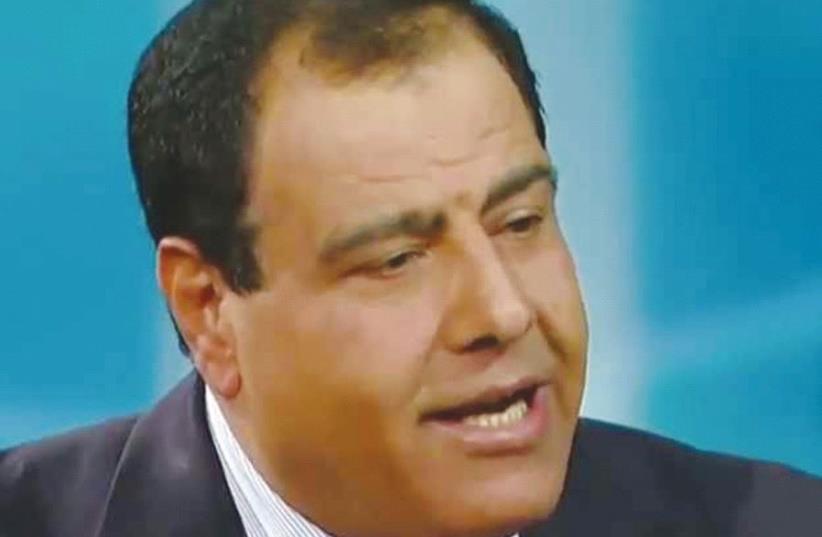 IZZELDIN ABUELAISH
(photo credit: YOUTUBE)
Advertisement
“Why have they come forward with these lies?” asked Ezzeldin Abuelaish, a middle-aged gynecologist who lost three of his daughters during Operation Cast Lead in January 2009 when an Israeli tank fired shells on his home in Gaza.Abuelaish, who is suing Israel to apologize, take responsibility and pay compensation for the deaths of his daughters Bessan, 21, Mayar, 15, and Aya, 13, was stunned to hear the IDF present new evidence to the Beersheba District Court on March 15 that suggested it may not be responsible for the deaths of his daughters.The IDF said that, while it does not deny firing shells at Abuelaish’s apartment building, forensic tests show that other explosives in the building caused his daughters’ deaths.“These claims are completely false. If there were other explosives in the building, why didn’t the whole building collapse?” Abuelaish asked in an interview at Jerusalem’s American Colony Hotel. “Why did they shoot the shells at my apartment? If they think I was storing weapons in my apartment, why haven’t they come after me?” Since his daughters’ deaths, Abuelaish has firmly held that the IDF is responsible for killing them, while the IDF has refused to take responsibility, saying that it fired at the doctor’s building because it saw Hamas spotters there.The IDF is now saying its new findings further prove that it is not responsible.Abuelaish, who has many close relationships with Israeli Jews and formerly worked as a staff physician at Sheba Medical Center, shocked Israel during Operation Cast Lead when he called TV Channel 10 and reported that his three daughters had been killed.“My God, my God. They killed my daughters…I wanted to save them, but they are dead. They were hit in the head. They died on the spot,” Abuelaish said on the news broadcast.Two days after Abuelaish’s home was shelled, Israel and Hamas agreed to a cease-fire, ending the 23-day war.In the succeeding months and years, Abuelaish, who now lives in Canada, said that despite the tremendous loss of his daughters, he is committed to coexistence and peaceful relations with Israel.He published a book in 2012 titled I Shall Not Hate, in which he eschews violence and calls on Israelis and Palestinians to reconcile their differences. In addition, he toured around the world over the past several years sharing his harrowing experience and spreading a message of peace.On Sunday, Abuelaish is slated to appear before the Beersheba court for the second hearing of his case.“I am optimistic, hopeful, determined, doing what I am supposed to do, continuing my life not as a victim but as a leader,” he said, speaking passionately about his case. “I will never give up and continue to fight for my daughters even if the judge does not rule in my favor.”Abuelaish said his main goal is that Israel apologize and accept responsibility for his daughters’ deaths and pay compensation, which would be used to fund the studies of young girls in Israel, the Palestinian territories, Jordan, Lebanon, and Syria via the Daughters for Life Foundation which he founded.“I am asking their conscience to have the morals to admit what happened and bring justice to my daughters, who had so many dreams,” he remarked. “If the IDF is the most moral army in the world, why does it not have the morals to make an apology?” In addition to his fight in court, Abuelaish is still appealing to Israeli politicians to speak out for his case and call on the government to accept responsibility for his daughters’ deaths.After speaking with Abuelaish, MK Yehuda Glick (Likud) penned a letter, which was signed by some 40 lawmakers, calling on the government “to express its sorrow” for what happened to his daughters.MK Isaac Herzog (Labor) also told Channel 10 in mid-March that he personally apologized to Abuelaish when he served as Social Welfare Minister in 2009 and thinks the government should reach an arrangement with the Gazan doctor.Abuelaish said that he believes both Glick and Herzog undertook “truthful” and “courageous” acts, adding that he is ready to settle with the government if it accepts his demands.Following Sunday’s hearing Abuelaish said he will return to Canada to continue teaching courses on women’s health and health and conflict until the next hearing at the Beersheba court.“I am patient, but I am also determined to keep my daughters’ alive by bring them justice and doing good deeds for people everywhere,” Abuelaish said.