Candidate for mayor of London says if elected "there will be no cooperation with the Apartheid state." 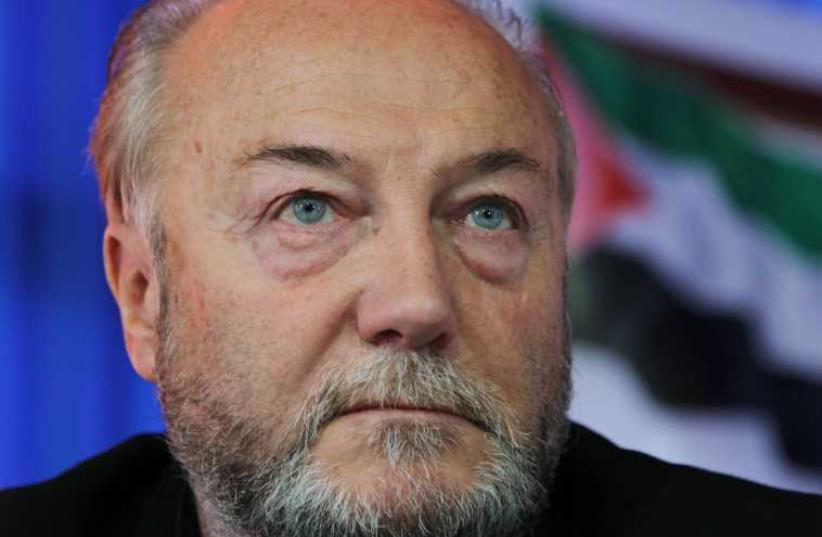 George Galloway
(photo credit: REUTERS)
Advertisement
George Galloway, the notoriously anti-Israel former British politician and London mayoral candidate for the Respect party, said he would be attending the Tel Aviv Festival set for London next year - as a protester.  "I promise you this, whether I'm the Mayor or not there will be the mother of all protests outside any Festival for the Apartheid state," Galloway tweeted.

I promise you this whether I'm the Mayor or not there will be the mother of all protests outside any Festival for the Apartheid state...
— George Galloway (@georgegalloway) February 1, 2016

Galloway made the statement in response to the report in Britain's Jewish News Online, after the front-running candidates in the election set for May, Zac Goldsmith for the Conservative Party and Sadiq Khan for Labour, expressed support for the event.  "So both Zac [Goldsmith] and Sadiq [Khan] are backing a Tel Aviv Festival in London. If I'm Mayor there will be no co-operation with the Apartheid state," Galloway tweeted. The multi-day event next year, organized by the Israeli embassy in London, will aim "to highlight how the country’s second city has become a hub for the creative arts," according to the Jewish News Online.  Galloway took aim at the Labour candidate Khan saying if he thought backing the festival "is a vote winner he has got another thing coming.""Why are you promising to back a Tel Aviv Festival? Have you no shame," Galloway tweeted at Khan.

So both Zac and Sadiq are backing a Tel Aviv Festival in London. If I'm Mayor there will be no co-operation with the Apartheid state
— George Galloway (@georgegalloway) February 1, 2016

If Sadiq Khan thinks backing a "Tel Aviv Festival" in London is a vote-winner he has got another think coming...
— George Galloway (@georgegalloway) February 1, 2016

In October, Galloway announced his support for a third intifada, saying "Whenever it comes I will support it with every breath God gives me."Galloway has been vocal about his dislike for Israel and Zionists, though fiercely denies he is anti-Semitic. He declared his constituency city, Bradford, an “Israeli free zone” in protest of Operation Protective Edge.  Galloway used to be the Respect Party MP for Bradford West but lost his seat in parliament following the UK's national elections in May.In his concession speech, Galloway emphasized that this is not the end of his political career, adding that "The venal and the vile, the racists and the Zionists will all be celebrating."