Grand mufti: There was never a Jewish Temple on Temple Mount 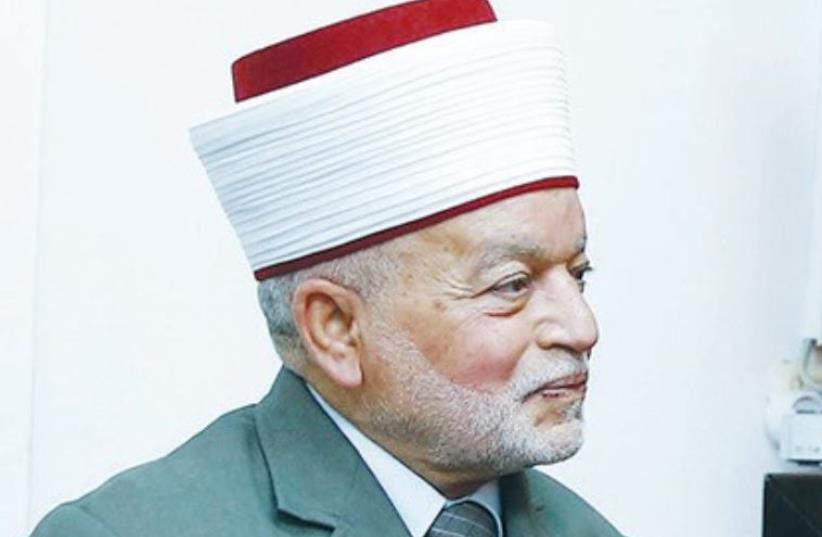 MUHAMMAD AHMAD HUSSEIN
(photo credit: Wikimedia Commons)
Advertisement
Strong criticism was leveled on Monday at Sheikh Muhammad Ahmad Hussein, the grand mufti of Jerusalem, who claimed on Sunday that a Jewish Temple never existed on the Temple Mount.Asked in a interview with Channel 2 if he accepts that the Jewish Temple existed at the site, the mufti said “the Aksa Mosque was an Islamic mosque since the world was created.”He added, “It was never anything other than a mosque.”Hussein was appointed as mufti by Palestinian Authority President Mahmoud Abbas in 2006.His comments come against the background of several weeks of terrorist attacks by Palestinians, and in one incident an Arab Israeli, against Israeli citizens, violence which the government says is spawned by increased incitement by Palestinian officials and in Palestinian social media regarding the Temple Mount.The Temple Mount is the holiest site in Judaism and is believed to have been the location of the First and Second Temples of antiquity. It is also a holy site in Islam, where al-Aksa Mosque and the Dome of the Rock shrine are located.Rabbi Chaim Richman, international director of the Temple Institute educational and activist organization, said the mufti’s comments were the latest example of attempts by the Jordanian Islamic Wakf, which administers the site, to deny its Jewish history.“The phenomena of Temple denial is not new to the Wakf. They have been attempting to physically and rhetorically deny Jewish history on the Temple Mount for decades,” said Richman.“However until 1948, when they re-wrote history, their own Wakf guidebooks stated clearly that the Dome of the Rock is situated on the indisputable and universally accepted site of Solomon’s Temple,” he said, adding, “This false libel should offend every single Jew to their very core. Now is the time to increase peaceful Jewish visits to the Temple Mount and demonstrate our eternal connection to the holiest place on Earth.”Itamar Marcus, the director of the Palestinian Media Watch NGO, echoed Richman’s remarks, saying that Hussein’s comments reflected an attempt by officials in the Palestinian Authority to deny Jewish roots in the region.“The revision of history by the mufti is not new and is fundamental to PA ideology,” said Marcus. “The PA’s denial of Jewish history in the Land of Israel is the basis for the PA’s denial of Israel’s right to exist. One of the central components of the PA revision of history is to deny there was a Temple in Jerusalem, and this comes from the top of the PA.”Marcus cited previous comments by the mufti regarding the Temple Mount in 2010, when he said “There never was a Temple in any period, nor was there, at any time, any place of worship for the Jews or others at the Aksa Mosque site.”Mahmoud Abbas himself called Israeli history in Jerusalem “illusions and legends” and “delusional myths,” referring to the “alleged Temple.”