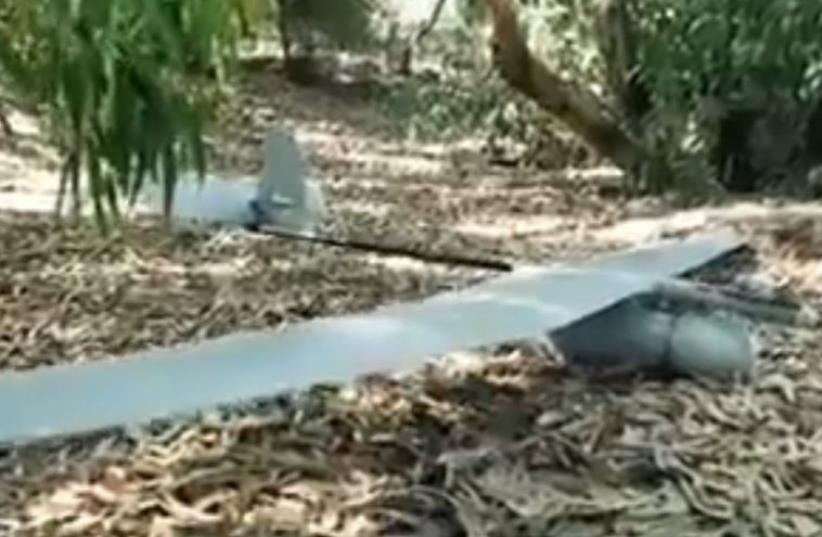 Reconstucted Israeli drone according to Hamas
(photo credit: screenshot)
Advertisement
A Hamas operative who was assassinated in Tunisia in December was allegedly responsible for producing dozens of unmanned drones for the terrorist organization before the 2008 Israel, Gaza conflict, Al Jazeera revealed in a special program aired Sunday.A spokesman for Hamas's militant wing, the al-Kassam Brigade, told the Arabic-language network that "at the start of the 2008 gaza war, [Hamas engineer Mohamad  Zawari] finished the production of 30 drones."Earlier, Hamas said that Zawariwas "one if the leaders of the military wing that oversaw the 'Ababil' unmanned drone program."According to the spokesman, Zawarijoined Hamas 10 years ago.The statement also blamed Israel for the assassination. Zawari, known to Israel's security echelon as "The Engineer," was found shot to death inside his vehicle in the city of Sfax, local media reported.Five suspects were later detained by Tunisian authorities, along with multiple vehicles, weapons and mobile devices. One Tunisian journalist said the killing was carried out by the Mossad, who had been following Zawari for some time, Channel 10 added.Zawari, an aviation engineer and scientist, was shot three to seven times by unknown assailants in his car near his home.According to Channel 10, the nationalities of the detainees include one suspect from the Netherlands, one from Morocco and the rest from varying European countries.An additional report from Hungary claimed that a Hungarian citizen posing as a journalist conducted an interview with the senior Hamas operative shortly before his death. The Hungarian immediately departed from Tunisia after their meeting.Zawari, 49, lived in Syria before the outbreak of the country's civil war in 2011. He was known for his contacts with Hamas, and was credited with a number of innovations in drone technology.Jpost.com Staff contributed to this report.