Raed Khalil Bin Mahmoud was charged with murdering two people in the November 20 terror attack at the Panorama Building in Tel Aviv. 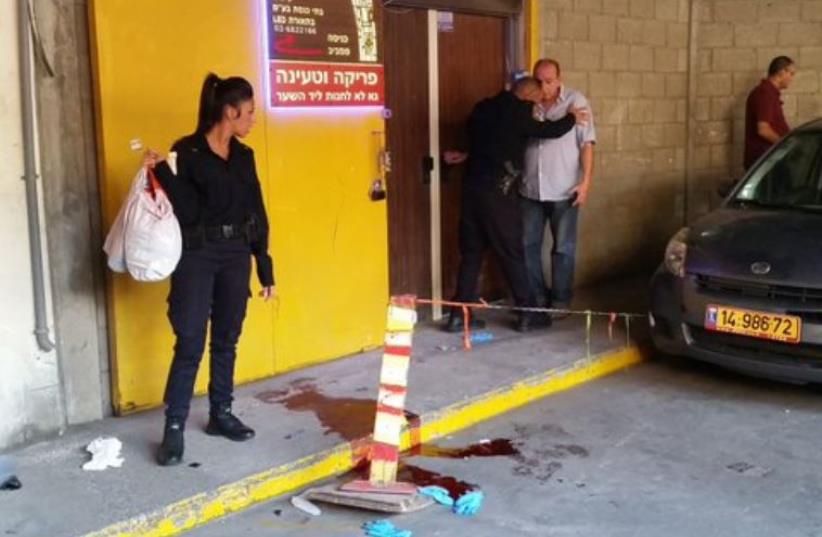 Scene of stabbing in South Tel Aviv
(photo credit: BEN HARTMAN)
Advertisement
The Tel Aviv District Court brought murder charges on Sunday against the terrorist in the Panorama Building attack and revealed chilling details of events surrounding the incident.Raed Khalil bin Mahmoud, 36-year-old Palestinian father of five from Dura in in the West Bank, was charged with the murders of Aviram Reuven and Aharon Yisayev after he stabbed them in an attack on November 20. He had a 30-day residency permit in Israel, was legally working at a restaurant in the building when he carried out the attack on November 20.According to the court, Khalil had been living in an apartment in the Panorama Building with his brother. It was during this time that he decided to murder Jews with a knife in the hope that he himself would be killed and earn the title of a martyr, according to the court. On the morning of the killings, Khalil took a knife from the restaurant in which he worked and set out on his killing spree at around 2 o'clock in the afternoon.Khalil first went to the second floor of the building, where he stabbed and murdered Reuven, a 51 year old from Ramle. Khalil then continued to a synagogue in the building where people were praying and killed Yisayev, a 32 year old from Holon. Yisayev died immediately, while Reuven was taken to the hospital where he was pronounced dead upon arrival. The court documents, as well as an earlier police investigation, said that Khalil attempted to kill even more people at a store in the building, but civilians held the door shut. He then went down to the building's first floor and entered the storage room on a shoe store, where he stabbed a worker. The worker fought back with the terrorist. As their struggle ensued, another civilian who had been following after the terrorist, grabbed an iron bar and hit Khalil with it, injuring the terrorist and preventing any further murders.