Herzog: In current reality, two-state solution is not realistic

Herzog said that while he wishes to aspire to such an agreement, and to negotiations with the Palestinians, "I don't see the ability to do it now." 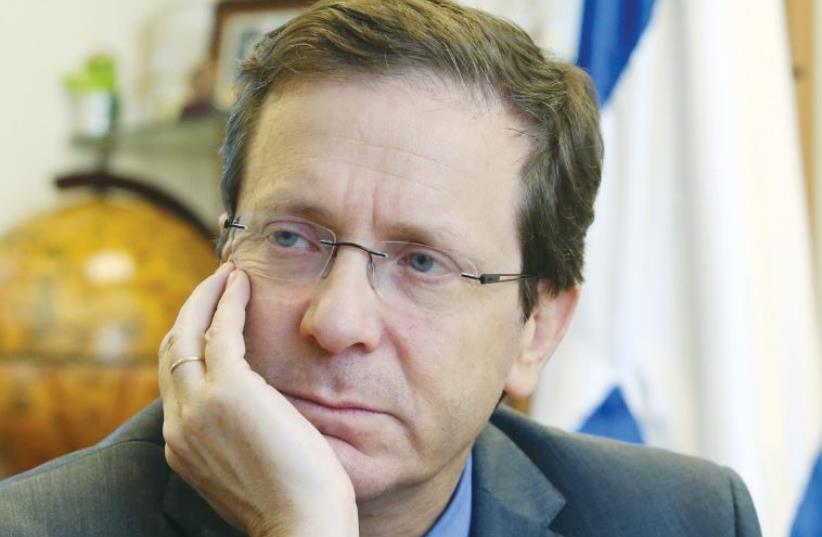 MK Herzog
(photo credit: MARC ISRAEL SELLEM/THE JERUSALEM POST)
Advertisement
A two-state solution is not realistic in the current reality between Israel and the Palestinians, Zionist Union leader Isaac Herzog said Wednesday.Herzog told Army Radio that, with Prime Minister Benjamin Netanyahu and Palestinian Authority President Mahmoud Abbas “stuck in place - they are not able to make progress. I don’t see the ability to apply, right now, a two-state agreement.”Herzog said that while he wishes to aspire to such an agreement, and to negotiations with the Palestinians, “I don’t see the ability to do this now.”The opposition leader said that absent the ability to reach an agreement with the Palestinians at this time, “there is a need to form security policy in the mold of this reality, and this reality necessitates a separation from the Palestinians.”Herzog said he does not support a unilateral withdrawal, as he had “learned the lessons” of past unilateral withdrawals from Lebanon and Gaza.“I say first of all to complete the security fence around all of the settlement blocs. We are here and they are there,” he said, reiterating an idea he discussed in his speech to the conference of the Institute for National Security Studies in Tel Aviv on Tuesday.Calling for a separation between Israelis and Palestinians in the Jerusalem area as well, Herzog said that some 28 Palestinian villages in the area “have never been part of Jerusalem.” He said that Israel must find a way to physically separate from these villages “so that they can not come and stab us.”Herzog also called for a regional security conference with Arab nations that share Israel’s security concerns.The opposition leader called for confidence-building measures with the Palestinians, “which Netanyahu has not been willing to apply for months now. Such a package would change the direction in which we find ourselves.”Discussing whether or not he had considered joining Netanyahu’s coalition, Herzog told Army Radio that “after the elections I was ready to take part in a historic step to change the situation with Netanyahu and I discovered that there was nothing to go to and no one to go to. Netanyahu signed up with the extreme right-wing. Netanyahu is beholden to the extreme Right.”