Hezbollah leader Hassan Nasrallah spoke out against Israel and the United States.

By YASSER OKBI/ MAARIV HASHAVUA, JPOST.COM STAFF
AUGUST 14, 2017 07:59
Hezbollah Secretary-General Hassan Nasrallah
(photo credit: REUTERS)
Advertisement
On Sunday Hezbollah Secretary-General Hassan Nasrallah gave a speech to mark the 11th anniversary of the Second Lebanon War. He called to the Israeli leadership not to stop at the closure of the Haifa ammonia tank - which was ordered closed due to health hazards - but to continue and move the nuclear research center in Dimona. He also referred to the Second Lebanon War as “a divine victory.""One example of the respect and recognition Israel gives the 'resistance' is the closure of the ammonia tank in Haifa," he said. “We hope that they will look into moving the nuclear reactor in Dimona as it is more dangerous and needs extra care.”Nasrallah warned Israel against future military operations in Lebanon. He said that "any Israeli unit that enters Lebanon will be defeated," adding, "Israel’s goal in the war was to crush Hezbollah, but since [the war], our strength only increased and the Israelis know it. When Israelis speak about the capacities of Hezbollah growing they recognize their defeat in the war." 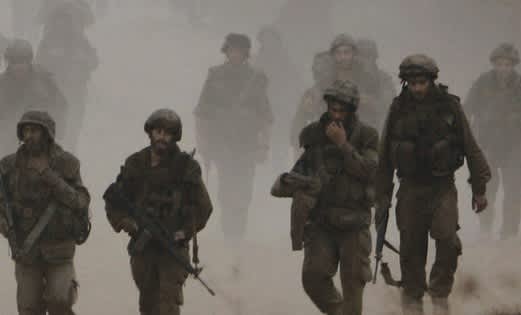 "The age in which Israelis would threaten and act is over, because Hezbollah is part of the resistance that brought down the project of greater Israel, " said Nasrallah. "As the enemy knows, a military action can’t reach the goal of eliminating the resistance… they use other means. "

America and Israel, two "terrorist states."The Hezbollah leader addressed the US as well, claiming that "the US and Israel are crying because the terrorist groups have failed in Syria." A few hours before the speech Nasrallah met five Hezbollah fighters who returned from Syria where they were held captive by the Al Nusra front, a salafist jihadist terrorist group. The group traded the five Hezbollah fighters in exchange for five of their own fighters that were captured by Hezbollah. The returned fighters were labeled " heroes" by Nasrallah. He went on to say that "Israel is hopeful that the administration of President Donald Trump will use pressure to achieve this goal [of weakening Hezbollah using non-military options]" and that he hoped no one in Lebanon will cooperate with the American pressure, including economic sanctions.