IDF chief: If needed, we will defeat Hezbollah in next confrontation

In letter marking 10 years since outbreak of Second Lebanon War, Eisenkot said: Our enemies to the north examine us all of the time; The IDF has changed in many ways since 2006. 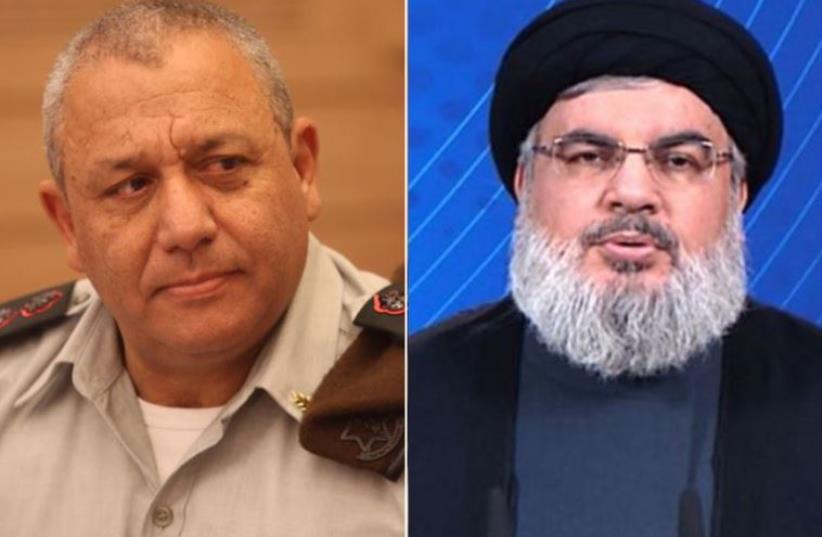 Eisenkot and Nasrallah
(photo credit: AFP PHOTO,MARC ISRAEL SELLEM)
Advertisement
Should a new conflict erupt between Israel and Hezbollah, the IDF will decisively defeat the terrorist organization ensconced in Lebanon, IDF Chief of Staff Lt.-Gen. Gadi Eisenkot vowed on Sunday.The chief of staff added that the threat posed to Israel by Hezbollah in Lebanon continues to this day, and that the IDF must prepare for “every scenario” that could develop.Eisenkot made the remarks in a written statement published by the official website of the IDF Spokesperson, which marked a decade since the outbreak of the 2006 Second Lebanon War.The website released testimonies by commanders who took part in the war, images, maps, and a virtual tour of the battle zones.Today, Eisenkot said, “Our enemies to the north examine us all of the time. I am sure that in the moment of truth, we will stand firm and prove that the IDF is a ready, powerful, and decisive military.”The head of the military’s Operations Branch in 2006, Eisenkot wrote that the IDF dealt a severe blow to Hezbollah during the war, consolidated Israeli deterrence, and enforced a lengthy period of stable calm on the Lebanese border, which “serves civilians on both sides of the border.”He acknowledged, however, the many faults that came to light in the military’s performance during the conflict.In the years that followed the war, “an in-depth lesson- learning process” occurred, which led to a “significant improvement in the IDF’s ability,” Eisenkot wrote.Today, the IDF is “prepared, trained and equipped. Readiness for emergency and war stands at the top of the IDF’s priorities.”A new emphasis on training conscripts and reserves dominates the agenda, the chief of staff said, adding that the IDF’s increased understanding of its enemy has led to many insights and improvements.“All of these will enable the IDF – if it is required – to win in the next confrontation,” said the chief of staff.