Shots fired at Israeli vehicle in West Bank; no injuries

Car hit by gunfire near Dolev settlement in the Binyamin region. 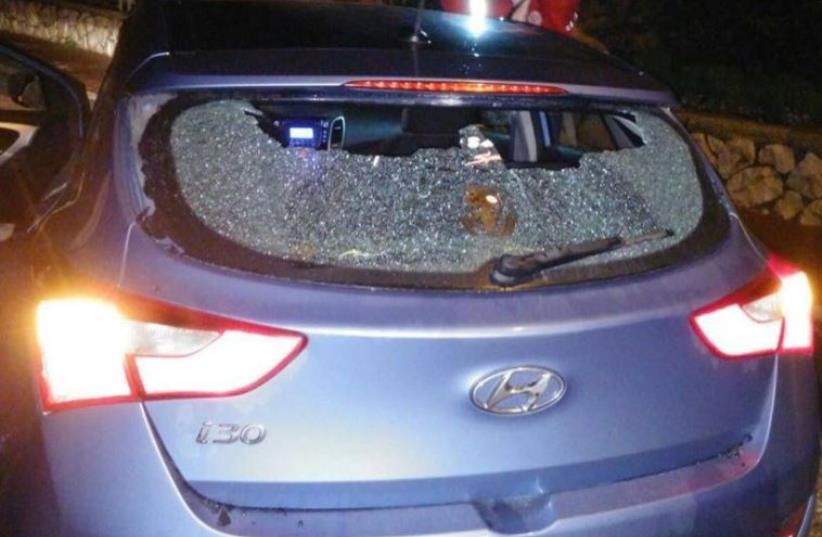 Gunmen fire shots at an Israeli vehicle traveling near the West Bank settlement of Dolev, January 24, 2016
(photo credit: MATINIA AHARONOVITCH)
Advertisement
An Israeli vehicle driving near the Dolev settlement, west of Ramallah, came under fire on Sunday night.The driver escaped without physical injury.The IDF initially reported that shots were fired at the vehicle as it passed Haparsa Junction. Forces are searching the area for the suspect.Magen David Adom paramedics added that the motorist suffered from shock after having fled the scene and arrived at the entrance to Dolev. The driver, in his 50, did not require medical care for wounds.