Abdullah al-Barghouti is serving 67 life sentences for his role in multiple terrorist attacks, including the 2001 bombing of the Sbaro restaurant in Jerusalem. 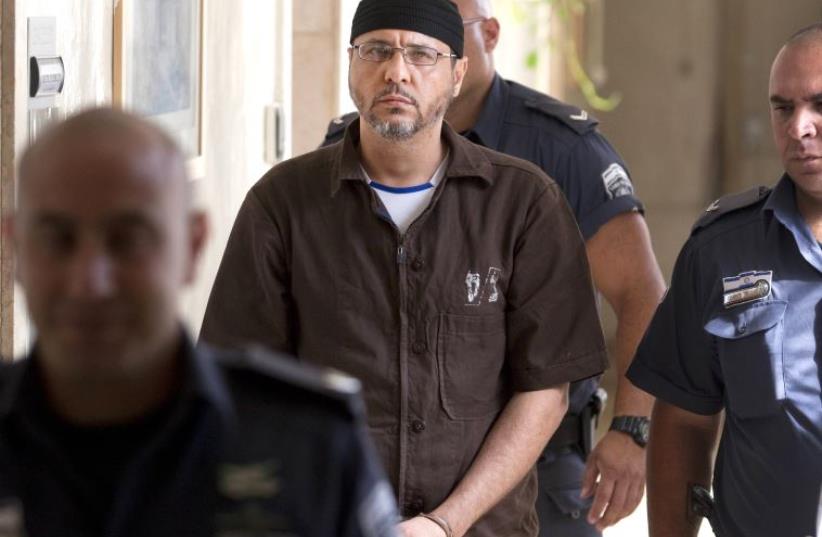 Hamas leader Abdullah al-Barghouti
(photo credit: MENAHEM KAHANA / AFP)
Advertisement
Hamas military leader Abdullah Barghouti, who is serving 67 life sentences, was placed in solitary confinement after it was discovered that he had given a telephone interview to a Gaza-based radio station from inside his Negev prison cell.Barghouti gave the interview using a cellphone “smuggled into the prison where he is being held, and has been placed in an isolation cell” on Sunday, Prisons Service spokeswoman Sivan Weitzman said.“Disciplinary measures will be taken against him for that interview, and the issue of smuggling will be investigated,” she added.During the interview with the Hamas-affiliated Al-Rai radio station, Barghouti called on Hamas and its Izzadin Kassam military wing to take their time as they negotiate a prisoner-swap deal with Israel, but added that Hamas’s military wing should show no mercy to “the Israeli enemy,” Palestinian news agency Ma’an reported.Abu Ubaida, a spokesman for Izzadin Kassam, tweeted in response to the news: “Freeing you [all prisoners] is a duty we are committed to, and your jailers will eventually vanish.”Barghouti, a top bomb-maker, is in Ramon Prison near Mitzpe Ramon for his role in terrorist attacks against Israelis, including the 2001 bombing of the Sbarro restaurant on King George Street in Jerusalem that killed 15 people and wounded 130.