By JPOST.COM STAFF
SEPTEMBER 17, 2016 07:44
Terrorist Attack Hebron
Advertisement
A terrorist stabbed an lightly wounded an IDF soldier from Nahal's 50th Battalion in Hebron Saturday morning.The soldier was injured at a security checkpoint near the Tel Rumeda neighborhood in the West Bank city of Hebron. The soldier was taken to hospital for treatment.The soldiers on scene returned fire and neutralized the terrorist, who has been confirmed dead. 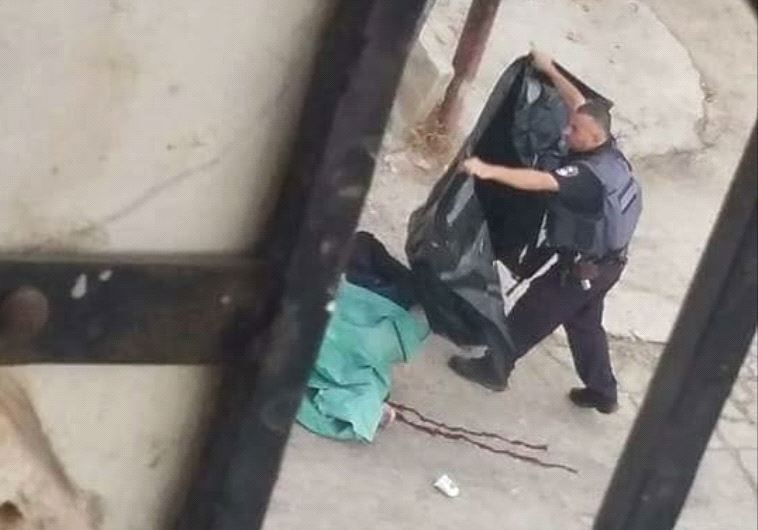 The incident came a day after four terrorist attacks by Palestinians against Israelis were perpetrated on Friday. The attacks marked a sudden resurgence of violence after months of relative calm.A soldier was lightly stabbed in the face, before soldiers next to him shot and killed the assailant.Earlier in the day a suspected terrorist of Jordanian nationality attempted to stab police officers at Jerusalem's Damascus Gate.According to police, the terrorist walked out of the Damascus Gate with knives outstretched in both of his hands. 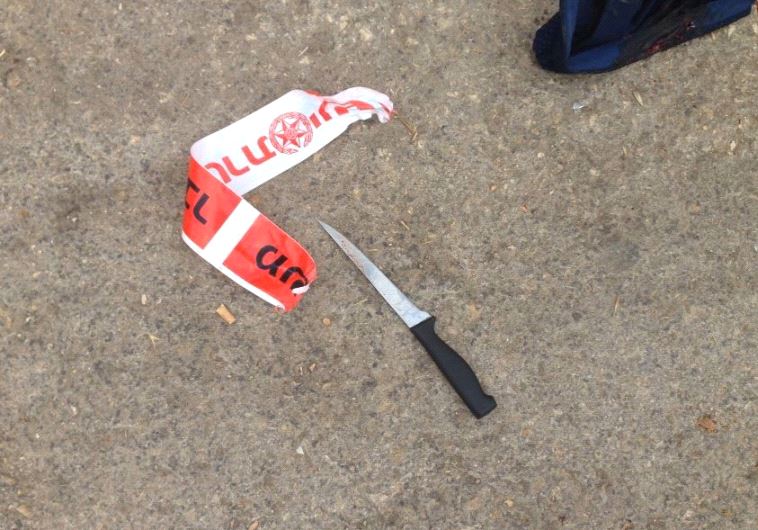 He headed to a Border Police unit that was standing guard by the gate and shouted out, “Allahu Akbar,’ a police spokesperson said.A Border Police officer who was at the scene said that her back was to the terrorist, but she turned immediately after hearing his shouts and saw the knives.“I immediately took a step back, drew my weapon and fired,” she said.Her shot killed the the 28-year-old assailant who had entered Israel yesterday coming via the Allenby Bridge. The Jordan Ministry of Culture spokesman, Sabah al-Rifai, stated that Jordan is closely following the situation in order to understand what happened.About an hour later two Palestinian terrorists, a man and a woman, tried to run down a group of soldiers at the entrance to the Kiryat Arba settlement near the West Bank city of Hebron.Soldiers shot at both the assailants.According to Maan News Agency, one of the assailants was Firas Khdour from Bani Naim near Hebron. He was accompanied by his fiancee Raghd Abdullah Khdour, whose sister attempted an attack in at the same intersection only a few months ago and was killed. According to initial reports, the man was killed. Raghd arrived to Shaare Zedek Medical Center in serious condition from a bullet wound in her stomach.Magen David Adom evacuated to Jerusalem’s Shaare Zedek Medical Center three lightly wounded 15-year old boys from the scene.After the incident was over, soldiers found a knife in the Palestinian vehicle.Damascus Gate in Jerusalem's Old City and the city of Kryat-Arba have been flashpoints for terror attacks during the wave of violence that began nearly a year ago.The violence in Israel continued as a bus driver was injured on Highway 1 from Jerusalem to Ma’aleh Adumim after rocks and bottles of paint were thrown at the bus.Police were searching for the suspects.