Last weekend, Israeli authorities informed her family that she would be released on Sunday. 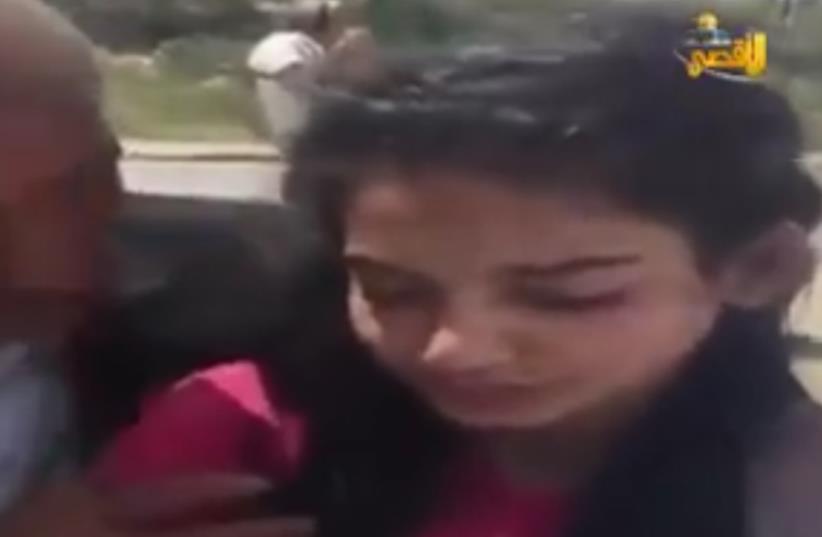 The girl, who his from the town of Halhoul near Hebron, was arrested for planning to carry out a stabbing attack against Israelis in the Hebron area. She was sentenced to four-and-a-half months in prison and a fine of 8,000 Shekels. Al-Wawi was the youngest female prisoner held by Israel.

Last weekend, Israeli authorities informed her family that she would be released on Sunday. Members of her family and other Palestinians received her at the Jbarrah checkpoint near Tulkarem.In February, Palestinian activists launched a social media campaign that calls on Israel to release the bodies of 10 Palestinian terrorists from east Jerusalem held by Israeli authorities for four months.The campaign, which can be recognized on social media through the hashtag "release the bodies," runs with the banner: "Four months and the bodies are still being held" in three languages: Arabic, Hebrew and English.Among the Palestinians who showed their solidarity with the campaign were two Balad MKs, Basel Ghattas and Jamal Zahalka. The two, who each received on Monday four month suspensions for meeting with the families of Palestinian terrorists last week, shared the campaign's banner on their Facebook account. The Israeli government reportedly agreed to release the bodies gradually, on the condition that funerals for terrorists do not become mass gatherings. According to this plan, if one family that receives its son's body violates the order, Israel will not release the other bodies.