All the technical equipment and transmitters were confiscated. Five of the station's employees were arrested in the raid. 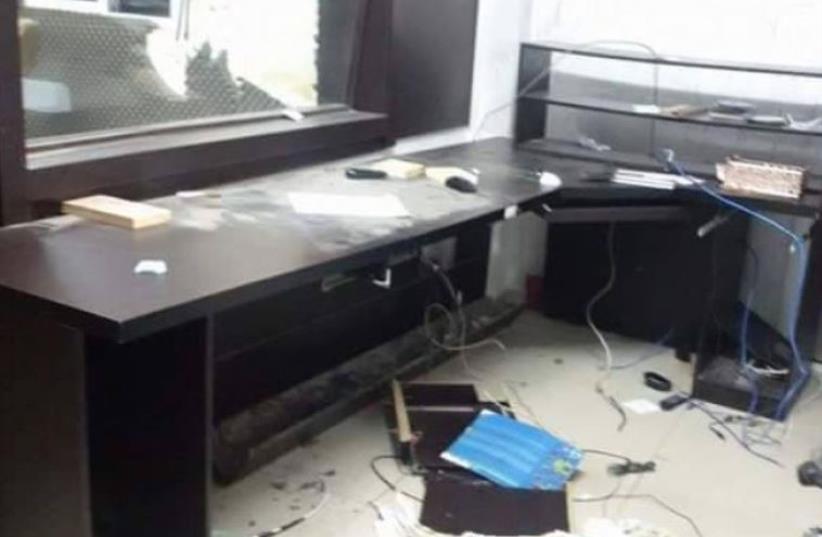 IDF forces raiding Palestinian radio station in Hebron (file)‏
(photo credit: PALESTINIAN MEDIA)
Advertisement
The Shin Bet (Israel Security Agency) together with the IDF, Israel Police and the Civil Administration shut down the "al-Snabel" radio station in the West Bank overnight, security forces said on Wednesday. "Al-snanbel" was located in Dura, near Hebron. The station was shut down due to their incitement of terror. All the technical equipment and transmitters were confiscated. Five of the radios employees were arrested in the raid. This is not the first time a media channel in the West Bank was shut down for incitement. In March, the Shin Bet (Israel Security Agency) together with the IDF and Israel Police shut down an Islamic Jihad television station in the West Bank.The television station, Falastin al-Yom (Palestine Today), also used social media networks to send out its content. According to the Shin Bet, the channel “calls for the carrying out of terrorist attacks against the State of Israel and its citizens.Separately, Tuesday night, security forces also arrested eight Palestinians in the West Bank.Six of the suspects were arrested for terrorist-related activities and acts of violence against civilians and security forces.Prime Minister Benjamin Netanyahu has stated repeatedly that incitement is behind the wave of terror attacks that has plagued Israel since October.The security cabinet approved a decision in March to close Palestinian media outlets that incite terrorism against Israelis.

YAAKOV LAPPIN and TOVAH LAZAROFF contributed to this report.