Commercial drones were found on an Israeli truck carrying a shipment of toys into Gaza. 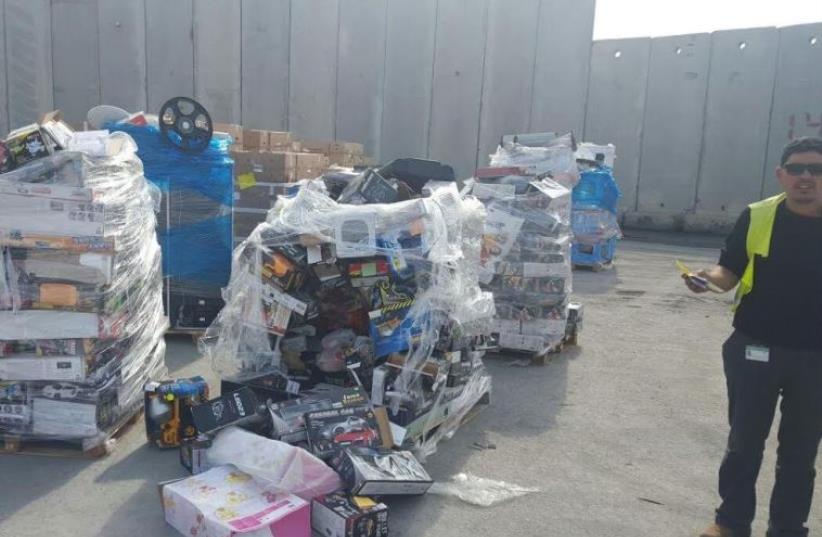 Defense Ministry foils attempt to smuggle multicopter drones into Gaza
(photo credit: DEFENSE MINISTRY/OVERLAND CROSSING AUTHORITY)
Advertisement
Crossings Authority inspectors together with the Shin Bet intelligence agency recently foiled an attempt to smuggle commercial multicopter drones into Gaza, authorities announced on Sunday.The drones were earmarked for use by "terrorist elements in Gaza" to gather intelligence on IDF movements, the Authority said.The inspectors stopped an Israeli truck carrying toys at the Kerem Shalom Crossing, where drones of various types and sizes carrying high quality cameras were found.Additional attempts to smuggle commercial drones were intercepted by the Shin Bet in recent weeks.A joint task force, made up of the Shin Bet, the IDF Coordinator for Government Activities in the Territories, the Israel Police, and the Crossings Authority are working to intercept the smuggling of such items into Gaza.The Administration said it launched an investigation to track down the smuggling network behind the attempted smuggling effort.