The plan's opponents have argued that it places the Palestinian homes close to the security barrier, a move that would endanger the Israelis on the other side. 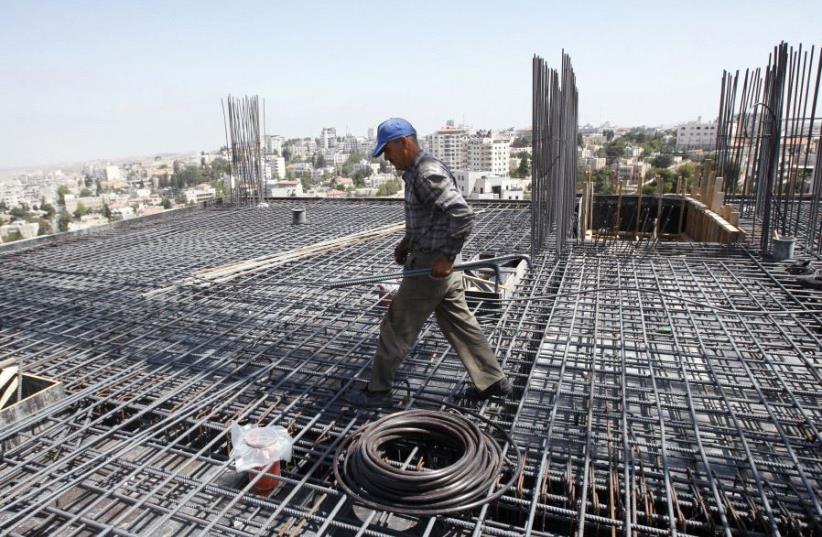 A Palestinian laborer works in the West Bank [Illustrative]
(photo credit: REUTERS)
Advertisement
The security cabinet on Wednesday is set to discuss a plan to expand the municipal boundaries of Kalkilya beyond Area A, which is under Palestinian control, and into Area C, which is under Israeli military and civilian control.“We expect the cabinet ministers to remove this absurd idea from their agenda,” Samaria Regional Council head Yossi Dagan said.If approved, the plan would allow for up to 14,000 new Palestinian homes to be built within the next two decades. The number includes the authorization of Palestinian homes that already exists, in places where the city has already illegally spilled over into Area C.The Higher Planning Council for Judea and Samaria is debating the plan, which already received security cabinet approval last year. But ministers who supported the plan, including Netanyahu have said they did not realize its scope. Under pressure from Bayit Yehudi party head Naftali Bennett, Netanyahu agreed to bring the plan back to the security cabinet.The Trump Administration, like the Obama administration before it, has pressured Israel to allow more Palestinian building and development in Area C. Defense Minister Avigdor Liberman has argued that Palestinian cities like Kalkiliya whose residents have not engaged in terror activity should be rewarded by incentives such as this plan. The plan's opponents have argued that any section of Area C, in which urban Palestinian growth is allowed, would inevitably become part of any future Palestinian state. In addition, they have contended that the plan places the Palestinian homes close to the security barrier, a move that would endanger the Israelis on the other side of the barrier.The vote is expected to be close and its political opponents, including Samaria Regional Council head Yossi Dagan, spent Tuesday night attempting to sway ministers to reject the plan.