Israeli on flotilla ship to Gaza: I am doing this for the Israeli people

"We are doing this also for the people that live in Israel....this government is leading the Israeli people into the abyss," says Israeli flotilla participant. 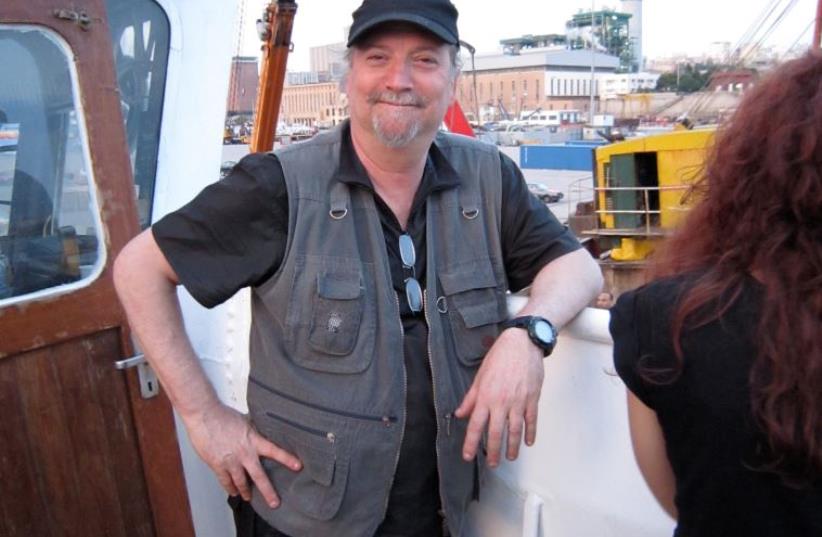 Dror Feiler
(photo credit: Wikimedia Commons)
Advertisement
As the only Israeli aboard the Marianne av Göteborg, which is making its way to Gaza, Dror Feiler’s goal is not just to enter the waters surrounding the Strip.He also wants to see his aging mother.
Israeli living abroad speaks of Gaza-bound flotilla‏.
Feiler, who grew up in Israel and served as an IDF paratrooper, now lives in Sweden after being banned from entering Israel until the 2022 because of his participation in previous flotillas, and has not seen his 92-year-old mother for years.This will be the activist’s fourth time partaking in a flotilla.He also owns a company that contributed ships to previous flotilla attempts, such as the Estelle in May 2012.The Jerusalem Post asked him if he saw any conflict in being an Israeli confronting the Israeli government.“The siege hurts Israel. The siege hurts the Palestinians,” he said.“We are doing this also for the people that live in Israel. They deserve a better future than the future that this government and this policy is promising them because...this government is leading the Israeli people into the abyss.”Feiler, who is aboard a ship with 18 others, said there is a total of about 50 people participating in the flotilla, scattered throughout seven ships that could arrive in Gaza within a week.Participants are protesting Israel’s naval blockade of Gaza, as well as the restrictions it has placed on land crossings since they believe the Gaza borders should be open.They have rejected Israel’s explanation that the closures are a necessary security measures given that Hamas, which rules Gaza, is a terrorist organization bent on destroying Israel.Feiler said days on the Marianne av Göteborg revolve around what is called nonviolence training and “learning how to control feelings” in preparation for being turned away from entering the maritime zone around Gaza.An IDF source said the military is carrying out continuous naval intelligence of the Mediterranean Sea, and that the incoming flotilla will receive “the same treatment past flotillas did when they tried to cross the naval border without authorization.”Feiler warned that he would not hesitate to file lawsuits in the event that soldiers lash out at them.“If the soldiers try to attack us, we will get their names and have them arrested,” he said. “I think they should think twice and tell their officers that they refuse to be war criminals.”In May 2010, the Freedom Flotilla movement’s first attempt to break the naval blockade ended in the deaths of nine Turkish activists after Israeli Navy commandos boarded the Turkish ship Mavi Marmara, which claimed to be carrying humanitarian aid.The ship had received warnings not to sail into waters near the Gaza Strip.On Monday, Prime Minister Benjamin Netanyahu called the flotilla “a travesty of justice” and questioned why supporters of the flotilla “aren’t sending flotillas to Syria.”His comments came after Joint List MK Basel Ghattas said Sunday he intends to board a ship from Athens.Ghattas told the Post he was waiting for the boat on which he planned to sail to leave port, since bad weather made passage impossible.“It cannot be business as usual. We cannot continue to live with the situation as it is and wait until there is another war. We are not the only ones saying this, the world is saying this,” he said.Yaakov Lappin and Tovah Lazaroff contributed to this report.