Out of a bus guarded by Israeli troops emerge Jewish pilgrims, on a visit to the ruins of a Byzantine-era synagogue entrusted to Palestinian security forces.

By REUTERS
MARCH 13, 2018 16:21
The covered ark and seven priests with rams' horns, at the Battle of Jericho, in an eighteenth-century artist's depiction
(photo credit: Wikimedia Commons)
Advertisement
JERICHO - The Israeli armored convoy rolls into the West Bank town of Jericho and comes to a halt outside a building with a Palestinian flag fluttering over it.At first glance, it might have looked like an incursion. But then out of the bus guarded by Israeli troops emerge Jewish pilgrims, on a visit to the ruins of a Byzantine-era synagogue entrusted to Palestinian security forces.Such trips also play out at other Jewish heritage sites in the West Bank, where Palestinian and Israeli forces still carry out vestiges of cooperation that have somehow survived intact at ground level, years after the sides' leaders ended peace talks amid mutual recrimination and suspicion.The West Bank is the cradle of Judaism, which claims more than a dozen graves and shrines that dot the hills and deserts that Israelis know by the biblical names Judea and Samaria. Under the 1993 Oslo interim peace accords, the Palestinians agreed to secure such sites for Jewish access.Some of the sites have become political flashpoints. The tomb of the Jewish matriarch Rachel is surrounded by a huge Israeli security wall that looms over the Palestinian town of Bethlehem and is often the target of protests. Further north, Jewish visits to the tomb of the biblical Joseph often provoke anger in the nearby Palestinian city of Nablus.But elsewhere, rarely making headlines, the pilgrimages continue more peacefully, a gesture to the kind of religious pluralism that the authors of the peace process envisaged even in the crazy-quilt geography of the West Bank, where Palestinian towns and Israeli settlements exist side by side."It is very good that there is the ability to come to these places with this coordination," said Shmuel Yosef, among a group of Jerusalem seminary students, and two conservatively dressed middle-aged Jewish women, whom Reuters accompanied on a recent Jericho visit.Asked how it felt to see Palestinian flags over Jewish heritage sites, he laughed and said: "Somewhat unusual, but that's part of the experience."The visits are not without incident. The pilgrims looked briefly flustered when two Palestinian youths chased the bus, throwing stones. But such hostilities rarely escalate into full-scale clashes.IDEOLOGYThe Palestinian government, which exercises limited self-rule in a territory that it wants as part of a future independent state, frames the Jewish visits as part of the access it also arranges to Christian and Muslim sites."These are places of worship, and such archeological places must not be exploited from a religious point of view or be used for ideological purposes," Eyad Hamdan, director-general of the Palestinian Tourism Ministry, told Reuters.The Jericho group's first stop was the preserved mosaic floor from the 6th-century Shalom Al-Israel ("Peace Unto Israel") synagogue, known to Palestinians as the "Shahwan Synagogue," after a local family that built a two-story home encompassing the artifact. 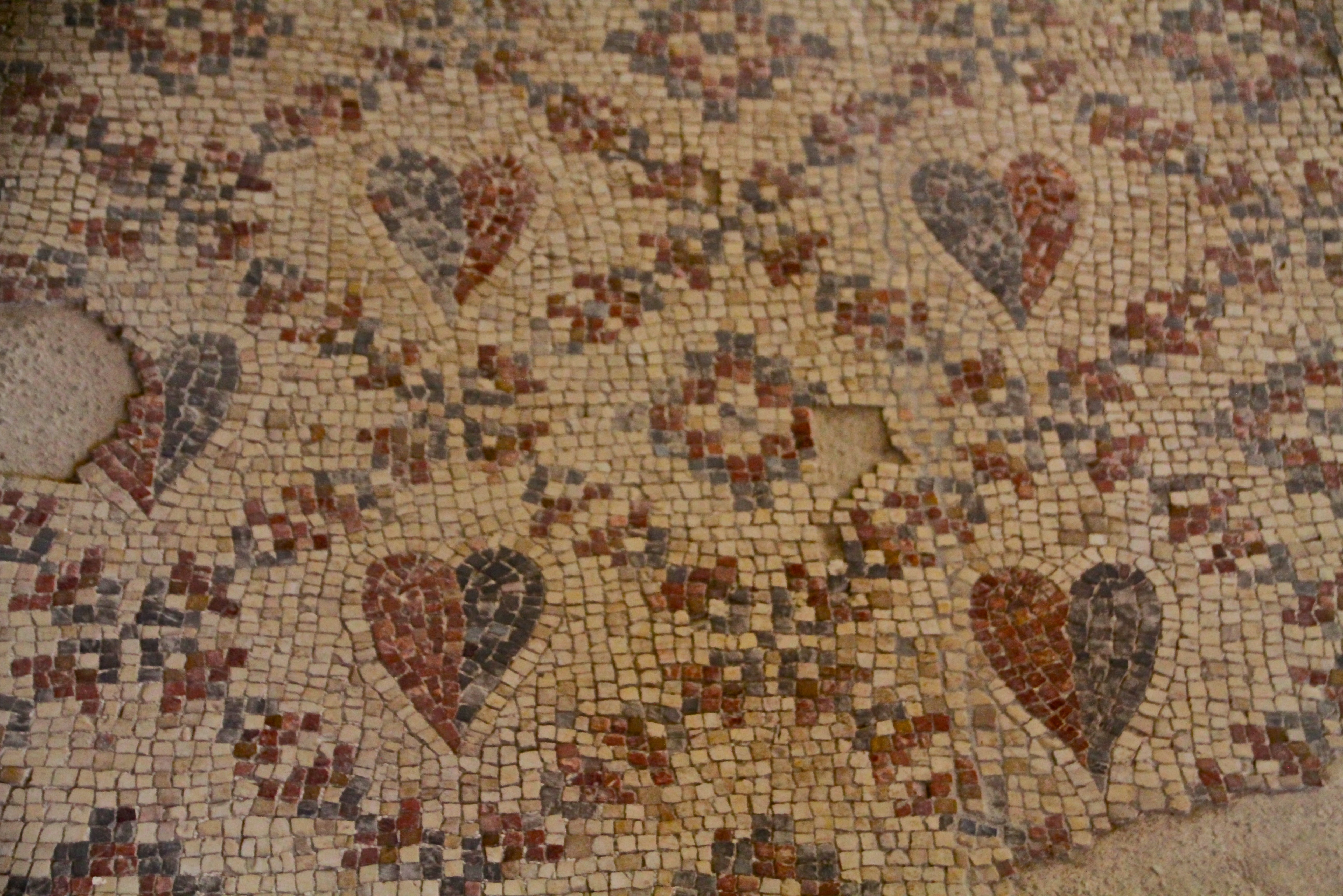 The mosaic at the Shalom Al Yisrael synagogue in Jericho (Tovah Lazaroff)The site was torched by Palestinians during a 2000 surge in fighting with Israel. It is now guarded around-the-clock by Palestinian police, quartered in caravans outside. Yet these are locked and vacated before the Jewish groups arrive - a precaution against any face-to-face friction."Visitors, when they came, they were feeling very badly to see the Arabs with their guns so close to us," explained Erna Kobus, a tour guide who oversees the weekly Jericho pilgrimages."So it is good today that there is separation and we can't see them when we come in. It's not that they don't work together," she told Reuters.After a prayer session, the group trundled to the other side of Jericho, to view the fenced-off mosaic floor from the 5th-century Naaran synagogue.One of the Jewish women on the trip, Orit Gayis, said of the Jericho visit: "It's very fascinating to go back to see the Bible come to life ... We were here for thousands of years, and it's very emotional and very exciting."