Liberman on northern border: I would advise against testing us

Israel's only intention is to safeguard the quiet in the north, Liberman says. 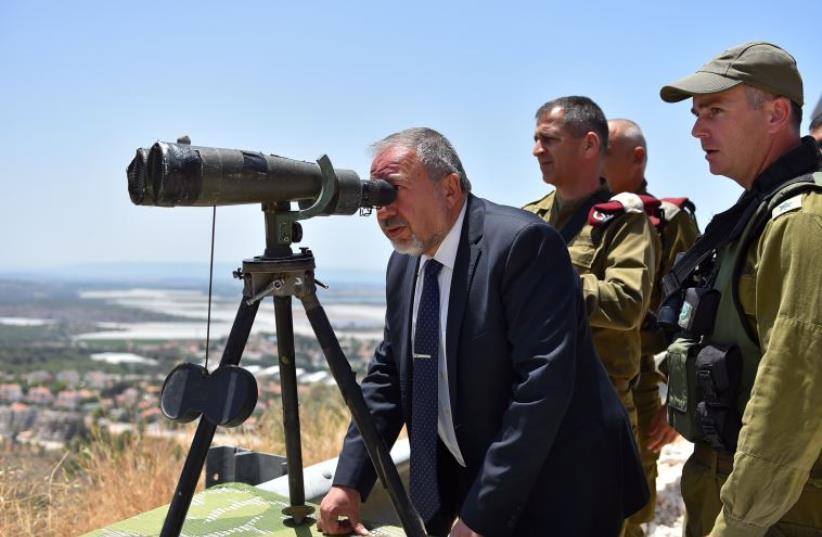 Defense Minister Liberman tours northern border
(photo credit: ARIEL HERMONI / DEFENSE MINISTRY)
Advertisement
Defense Minister Avigdor Liberman held his first visit to the IDF Northern Command on Tuesday. The freshly appointed minister heard briefings from IDF Chief of Staff, Lt.-Gen. Gadi Eisenkot. He was also briefed by OC Northern Command, Maj.-Gen. Aviv Kochavi, the head of the Northern Formation and Commander of the IDF Staff and Command College, Maj.-Gen. Yossi Bachar, and regional commanders in northern Israel. Defense officials declined to say whether Liberman toured the Syrian or Lebanese borders. "I heard briefings today on this area, which is always sensitive, and I can say that the northern border is in good and secure hands," Liberman said. "I was impressed by the readiness, the plans, and preparations. The role of the IDF here is to safeguard the quiet on the northern border, and that is what we are doing. We have no other plans, other than to safeguard the quiet, and I hope that everyone understands that well, including our neighbors."Liberman added, "In any case, I would not advise anyone to try and test us."

Tags israel and lebanon
Advertisement
Subscribe for our daily newsletter