Saeb Erekat wrote a letter to the EBU stating that the Palestinian flag is on display 'in all European countries through diplomatic representations.' 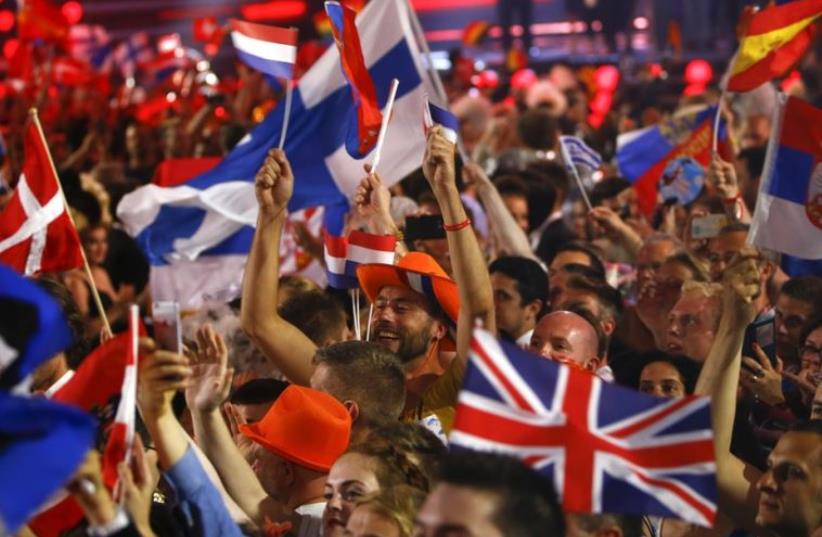 Fans wave flags during the Eurovision song contest in Vienna, May 19, 2015
(photo credit: REUTERS)
Advertisement
The decision by European broadcasters to ban any display of Palestinian flags during the upcoming Eurovision song contest next month in Sweden provoked outrage in Ramallah.Saeb Erekat, the Palestinian Authority’s top peace negotiator who recently assumed the post of secretary-general of the Palestine Liberation Organization, slammed the decision.In a letter to the European Broadcasting Union, the body in charge of producing the show, Erekat said that the decision to bar the colors of the PLO was “discriminatory and a serious offense against our nation.”Erekat’s reaction was first reported by the West Bank-based Ma’an news agency.In the decades-long history of the Eurovision song contest, Israel has consistently sent a delegation to participate, while the Palestinians have never taken part in the festivities.The venue hosting the contest this year published the EBU's guidelines on spectator conduct which includes an “official flag policy.” The EBU is the consortium of public television networks in Europe that will be producing the show.While it’s customary for fans in the arena to wave the flags of their favorite countries competing in the contest, those wishing to make provocative political statements by waving certain flags of political movements and extremist groups will not be welcome.Beside the flags of the Palestine Liberation Organization and ISIS, spectators are also forbidden to brandish the banners of Kosovo, Nagorno-Karabach, the Basque movement, and Crimea.The flags of “the People’s Republic of Donetsk,” Turkish-occupied Northern Cyprus, and Transnistria are also prohibited. 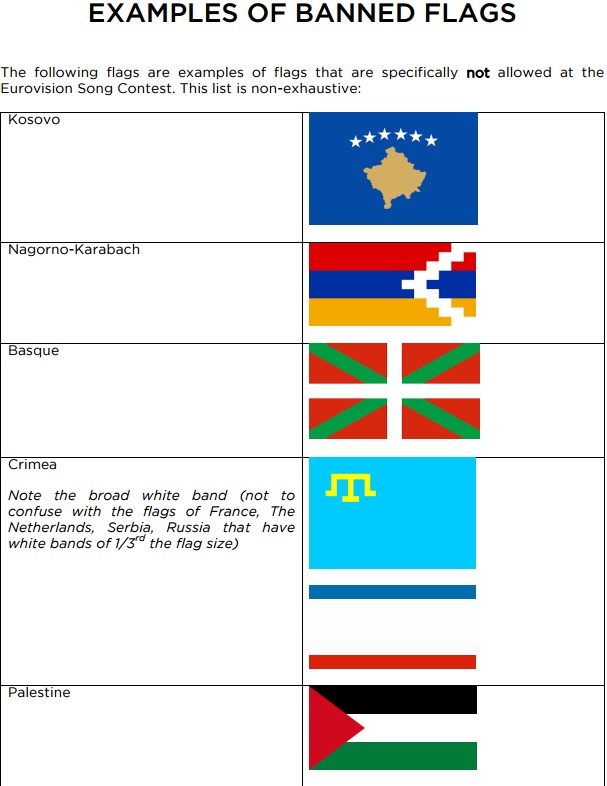 In his letter to the EBU, Erekat wrote: “Your decision to single out the flag of Palestine, a country recognized by 138 world nations and who has an observer status in the United Nations, is discriminatory and a serious offense against our nation.”Erekat wrote that the Palestinian flag is on display “in all European countries through diplomatic representations.”“Your decision is totally biased and unacceptable,” the Palestinian official wrote. “We call upon you to immediately revoke this shameful decision” and issue an apology to “millions of Palestinians around the world.”