Threats to the rigs include surface-to-sea supersonic missiles like the Yakhont, in possession of Hezbollah, which can fire it from the Lebanese or Syrian coastlines.

Israel Navy missile ship patrols near Tamar gas field‏
(photo credit: MARC ISRAEL SELLEM/THE JERUSALEM POST)
Advertisement
Some 25 km. off the coast on Wednesday, under a searing sun, the INS Lahav Sa’ar-5 class missile corvette stops near a drilling rig in the Yam Tethys gas field.Nearby, a Rafael-produced Protector unmanned sea vehicle, equipped with a remote-control weapons station, speeds through the shiny blue Mediterranean waters, carrying out defensive maneuvers.Inside the INS Lahav’s darkened Battle Information Center, a myriad of computer screens flash data to operators who are in charge of defenses, offensive capabilities and intelligence gathering.The Israel Navy was revealing some of its defensive doctrine for the country’s exclusive economic waters – where Israel has special rights regarding marine resources – and its strategically vital gas drilling sites, which form highly visible and attractive targets for enemies like Hezbollah and Hamas.Threats to the rigs include surface-to-sea supersonic missiles such as the Yakhont, which Hezbollah has in its possession and can fire from the Lebanese or Syrian coasts. Such missiles have much of Israel, its key sea ports and the Exclusive Economic Waters in their range. 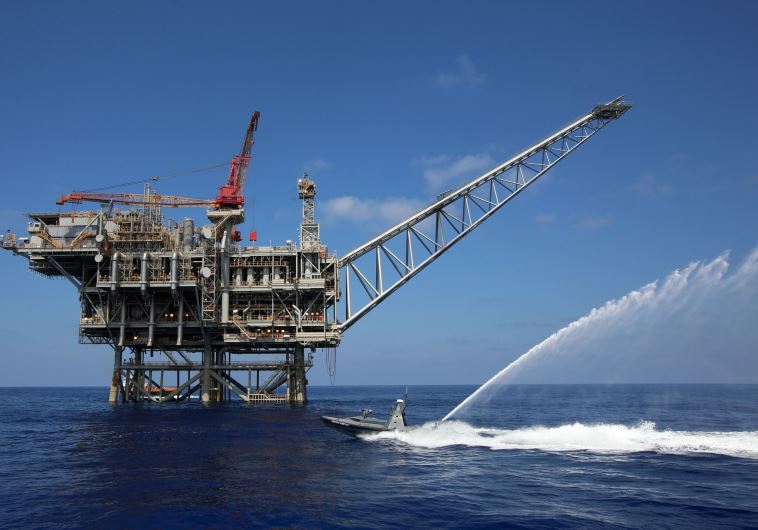 Photo: Marc Israel Sellem
Rockets, too, are a threat. Some hit in the sea during last year’s 50-day conflict with Hamas. Enemy drones, bomb-laden boats and even unmanned sea vehicles carrying bombs pose a risk. Terrorists on board boats could drop depth charges to damage gas pipes connecting the rigs to Israel.Under normal circumstances, missile ships patrol the exclusive economic zone, passing by frequently, and the rigs make do with the private, highly trained security teams that are always on site, as well as a range of above-water and underwater sensors.Yet in times of heightened security tensions, navy ships with the Barak-1 missile defense system on board lodge themselves next to the gas rigs, offering protection against surface-to-sea missiles, ballistic missiles with GPS guidance systems – of the type Iran is developing and smuggling to Hezbollah – and unguided rockets such as those Hamas is amassing in Gaza.The navy has drawn up an approach to counter these threats, which is based on establishing naval superiority over a sea area that is twice the size of the state.“Our mission used to be guarding Israel’s [naval] borders. Now it includes defending the economic waters,” a senior navy source said. 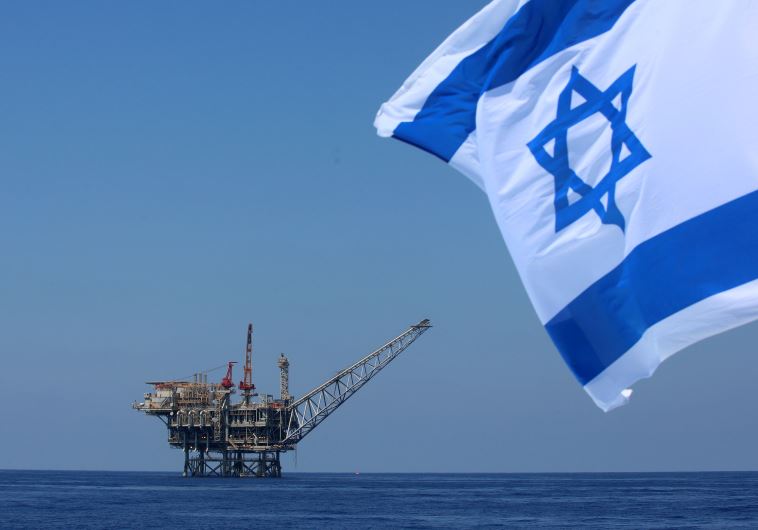 Photo: Marc Israel Sellem
Intelligence is at the core of the navy’s approach. The data streams in continuously. Israel Aerospace Industries-produced Shoval drones take off from bases on land and fly over the Mediterranean, carrying naval radars and electro-optic sensors, scouring the area for threats.Starting in 2019, the navy will be receiving four German- made Sa’ar-6 corvettes, which will be the largest vessels ever in Israeli service.Then the navy will have enough ships to station a vessel permanently near each rig. “We have to monitor the entire area and speak to every vessel that approaches. We have to search for suspicious signs near the rigs,” the navy source said. If a rocket were to strike the rig, it would scare international companies away from operating off the Israeli coast, regardless of the physical damage it caused, the source warned. The blow to Israel’s economy would be enormous.As a result, the Barak-1 system’s phased array radar has been adjusted in recent months so it can recognize and intercept rockets, in addition to the larger missiles it was designed to counter. 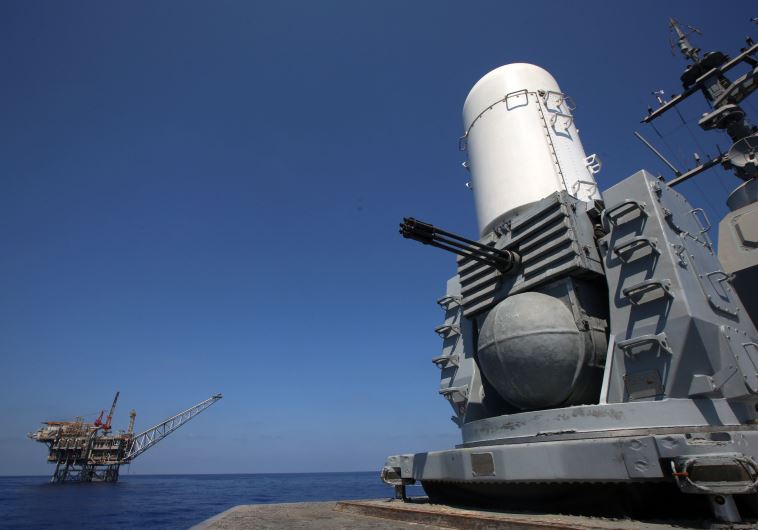 The navy held an exercise on July 27 to test its ability to respond to a terrorist hijacking of a rig.“The exercise is part of our goal of safeguarding a continuous energy supply to the State of Israel,” the source said. “We included other organizations, like the National Emergency Authority, the National Infrastructure, Energy and Water Ministry, and the [Israel] Electric Corporation.”As part of this effort, “we created a new inter-agency language, and defined lines of jurisdiction among organizations,” the source added.“In the past, the navy learned how to take control of a ship and a yacht. Now we are learning how to take control of a gas rig,” said the source.On board the INS Lahav, GOC Navy V.-Adm. Ram Rothberg said the gas rigs could attract “a range of threats.”“We have developed a combined defensive approach, which protects these sites from the air, sea, and underwater,” he said. “We are preparing an operational approach for a full range of scenarios.”