Netanyahu: Israel's hand is extended for peace to any of our neighbors who want it

"The Yom Kippur War made it clear to our neighbors that they cannot subdue us with the power of their arms," PM says at ceremony honoring fallen. 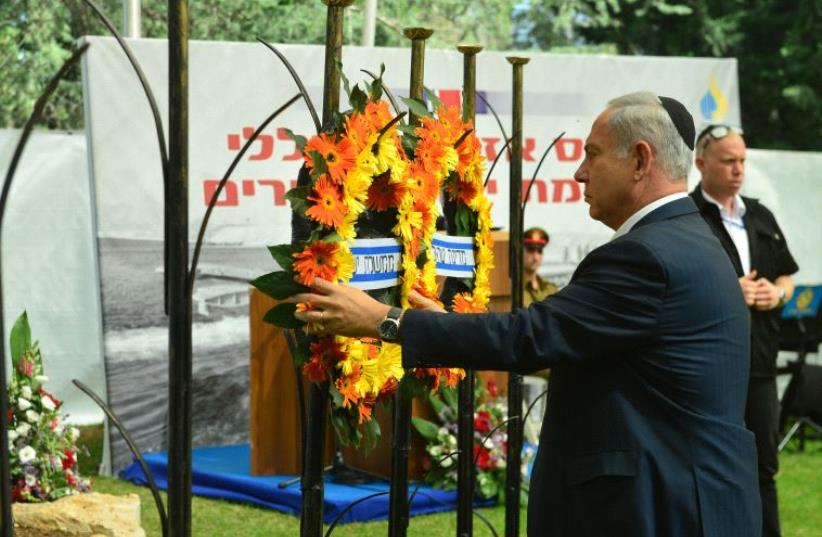 Netanyahu at Yom Kippur memorial ceremony
(photo credit: KOBI GIDEON/GPO)
Advertisement
Prime Minister Benjamin Netanyahu spoke at a ceremony marking 43 years since 1973's Yom Kippur War on Thursday, saying that the war had broken out because of "a failure of leadership."Netanyahu said that Israel's leaders had failed to recognize the threat and failed to act against it immediately once it had been identified.The premier praised Israel's soldiers for their part in the war, stating that the homeland had survived despite the great shock that the sudden war constituted."The Yom Kippur War made it clear to our neighbors that they cannot subdue us with the power of their arms," Netanyahu said. It paved the way for peace with Egypt and eventually peace with Jordan."Netanyahu said that Israel's hand "continues to be held out for peace to those of our neighbors who want peace."He vowed, however, that Israel would be prepared to "defend itself, by itself," until that peace should come, and even afterward.