Salwa Salem Copty is Christian, has Israeli citizenship and Kfar Kana is within the Green Line, though she identifies herself as a “Palestinian citizen of Israel.” 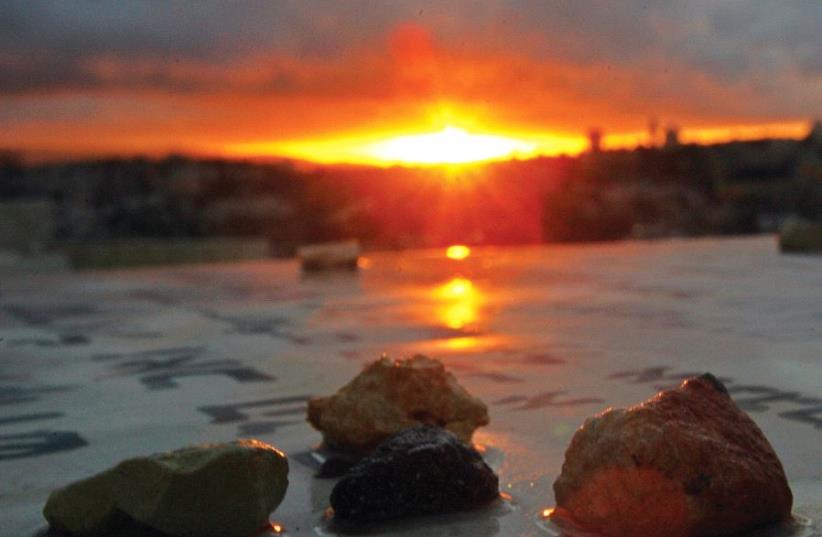 STONES ON a grave tablet in the Mount of Olives cemetery.
(photo credit: REUTERS)
Advertisement
The human rights NGO Adalah has filed a petition to the High Court of Justice to order the state and the IDF to allow a 70-year-old grandmother from Kafr Kanna to visit the Christian cemetery of her father, which is located on an IDF base in the Galilee.Salwa Salem Copty is a Christian with Israeli citizenship, and Kafr Kanna is within the Green Line; though she identifies herself as a “Palestinian citizen of Israel.”She and 93-year-old Subhi Mansour – her uncle and the only living displaced resident of the destroyed Palestinian village of Ma’alul who can identify the location of the grave of Copty’s father, Fares Salem – have been trying for years to get access without success.A statement by Adalah said that “Israeli forces occupied Ma’alul, located not far from Nazareth, in July 1948, expelled its Palestinian residents and destroyed the entire village with the exception of two churches and a mosque.”“An Israeli air force base was subsequently built around Ma’alul’s Christian cemetery and the displaced residents have been barred by Israeli authorities from visiting their families’ graves ever since. The military has, additionally, desecrated the cemetery,” said the NGO.Adalah said that Copty’s desire for access to visit her father’s grave has become more pressing due to her ailing health following the amputation of her left leg this past year and her relegation to a wheelchair.The NGO said that her father was killed by the IDF during the 1948 war, sometime before she was born.According to the petition, which was filed late Sunday, the IDF, the Defense Ministry, the Interior Ministry, the Israel Land Authority and the Justice Ministry have been ignoring or trying to pass off her request for years.With no one taking ultimate responsibility and no authority willing to give a clear yes or no answer, Copty finally resorted to seeking help from the High Court.Additionally, Adalah asked the High Court to order the state to explain why it has not ensured the cemetery was properly maintained or to allow people connected with the cemetery to maintain it.Following being sent a copy of the petition, the IDF responded that it had not officially been served with the petition and would respond at a later date.The Justice Ministry said it would respond in a legal brief to the High Court. The Defense Ministry did not respond by press time.A hearing has been set for June 24.