Hamas leader Abdul Rahman Shahid called for violent resistance in the wake of the death. 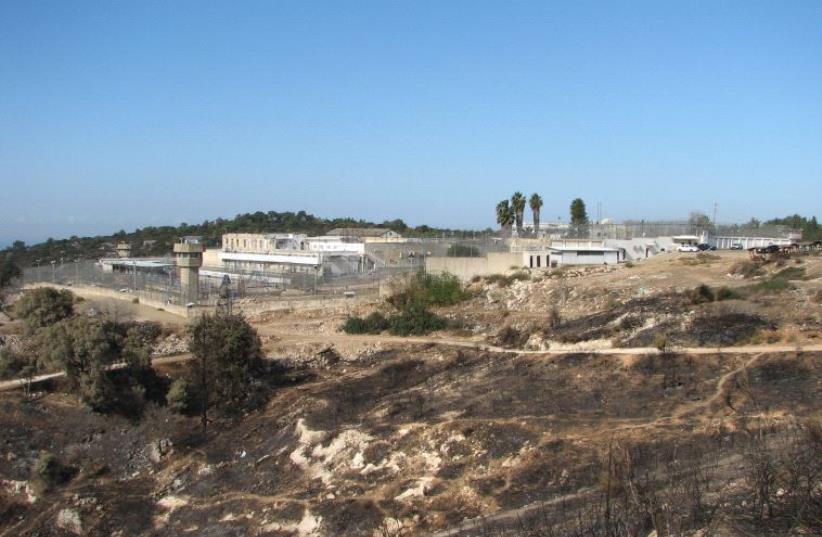 Damon Prison
(photo credit: HANAY / WIKIMEDIA COMMONS)
Advertisement
Palestinian security prisoner Yasser Diab Hamdouni, 41, died suddenly of an undetermined cause in Damon Prison in northern Israel on Sunday, sparking a three-day hunger strike by fellow prisoners.Hamdouni, who was serving a life sentence for the murder of Avner Maimon in 2003 during the second intifada, apparently suffered a stroke or heart failure while exercising Sunday morning. Hamdouni is from the West Bank village of Yaabad, in the Jenin district.On Sunday, Palestinian prisoners announced a three-day hunger strike following the death.“We don’t know exactly why he died, but he was doing sports exercises in the morning around 8am and he collapsed,” Israel Prisons Service spokesman Assaf Liberati told The Jerusalem Post on Sunday.Palestinian representatives did not dispute the health-related cause of Hamdouni’s death, but stated that Hamdouni’s death resulted from Israeli medical negligence.Palestinian Committee of Prisoners’ Affairs head Essa Qaraqe called the death a “heinous crime” and called for an international investigation committee to be formed to investigate the death, according to Wafa, the official Palestinian Authority news agency.A spokesman for the Palestinian prisoners’ affairs committee told the Post, “[Hamdouni] had a history of health problems. We think that if Israel took proper care of him and did proper medical tests, he would not have died in this way. He probably could have been rescued.”Liberati denied such accusations, saying, “Every inmate who needs medical attention receives the best care that we can offer. If there is any treatment we can’t offer inside the prison, we take the inmate to the hospital for any special treatment.”A statement from the PA President’s Office said, “Peace and stability will not be established until all of our prisoners and detainees are set free.”Hamas leader Abdul Rahman Shahid called for violent resistance in the wake of the death. “[Hamas] calls for resistance in all of its locations to respond with force, until the occupation knows that we are a people that will not allow its prisoners to be deprived at the hand of the occupation,” Shadid stated, according to Hamas’s official website.The death of Hamdouni follows agreements Israel reached with three Palestinian hunger strikers, held under administrative detention, on Wednesday. Malik al-Qadi, 25, was released on Wednesday after 68 days on hunger strike, while the Balboul brothers – Muhammad, 26, and Mahmoud, 23 – are set to be released on December 8th, after beginning their hunger strikes in early July.According to the Jerusalem-based Addameer Prisoners Support and Human Rights Association, as of August there were some 7,000 Palestinian in Israeli prisons, including 700 being held under administrative detention.