PICTURES: Palestinian rioter sets himself ablaze during clashes with IDF

Clashes began after protesters blocked the main north entrance of the West Bank town of Hebron with stones and tires. 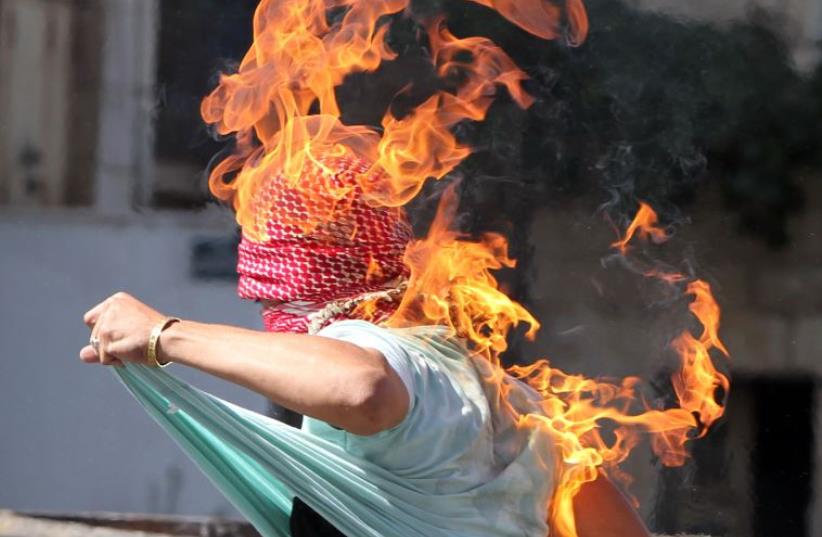 A Palestinian accidentally sets himself on fire after throwing a Molotov cocktail‏
(photo credit: HAZEM BADER / AFP)
Advertisement
A Palestinian rioter accidentally set himself on fire after attempting to throw a Molotov cocktail at IDF soldiers during clashes in Hebron Tuesday afternoon.
(Photo credit: Hazem Bader / AFP)The would-be terrorist, a student at Hebron University, suffered light to moderate injuries.Clashes began after protesters blocked the main north entrance of the West Bank town of Hebron with stones and tires.
(Photo credit: Reuters)Seven Israelis and 27 Palestinians have died in almost two weeks of street attacks and security crackdowns. The violence has been stirred in part by Muslim anger over increasing Jewish visits to the Temple Mount in Jerusalem. 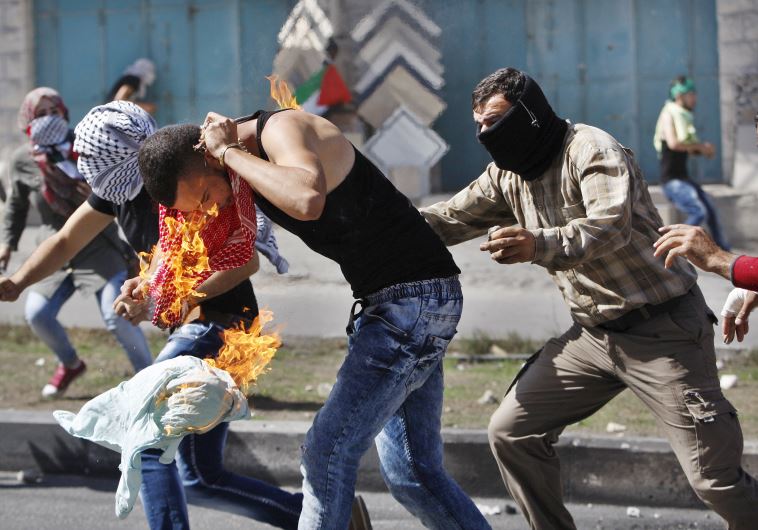