Suspected Palestinian sniper shoots at car near Cave of the Patriarchs

Security forces have opened an investigation into the incident and are combing nearby neighborhoods for possible suspects. 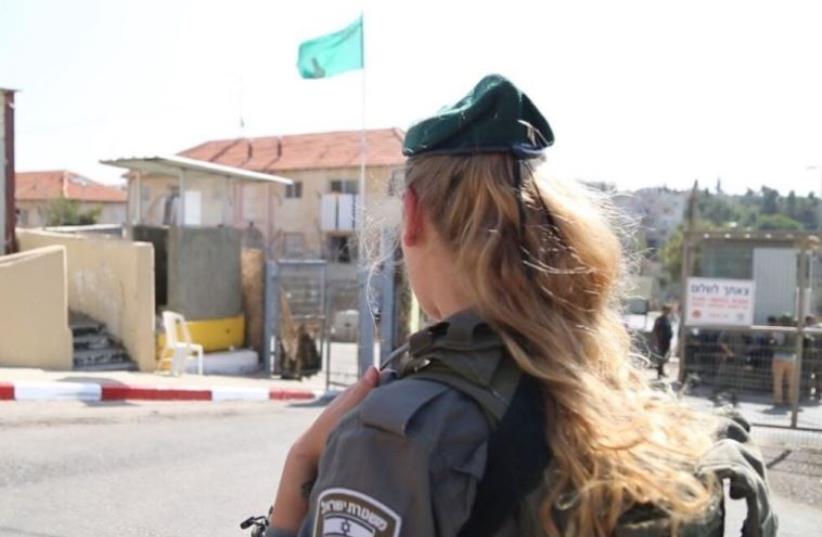 The Border Police officer who shot dead a female Palestinian terrorist after an attempted stabbing attack in Hebron
(photo credit: POLICE SPOKESPERSON'S UNIT)
Advertisement
A sniper shot at a parked car near the Cave of the Patriarchs located in the Hebron area of the West Bank on Wednesday.No injuries were reported in the incident. Security forces have opened an investigation into the incident and were combing nearby neighborhoods for possible suspects.The West Bank has recently been a hotbed of violent activity since a wave of terrorism struck over the last two months, killing 21 Israelis and injuring dozens more. Earlier in the week, a Palestinian terrorist stabbed to death Israeli soldier Ziv Mizrahi at the Dor Alon gas station along Route 443 in the West Bank, which is a main artery that leads to Jerusalem. Two others were lightly wounded in the attack.Another soldier at the gas station immediately shot and killed the Palestinian.Mizrahi was the fifth such fatality in the West Bank in the last five days. On Sunday, a Palestinian stabbed and killed Hadar Buchris, 21, at a bus stop at the Gush Etzion junction.Last Thursday, Palestinian gunmen killed three people at that same intersection.Tovah Lazaroff and Lahav Harkov contributed to this report.