Sears to pull ‘Free Palestine’ clothing from site amid controversy

The item was pulled amid criticism first published in The Jerusalem Post. 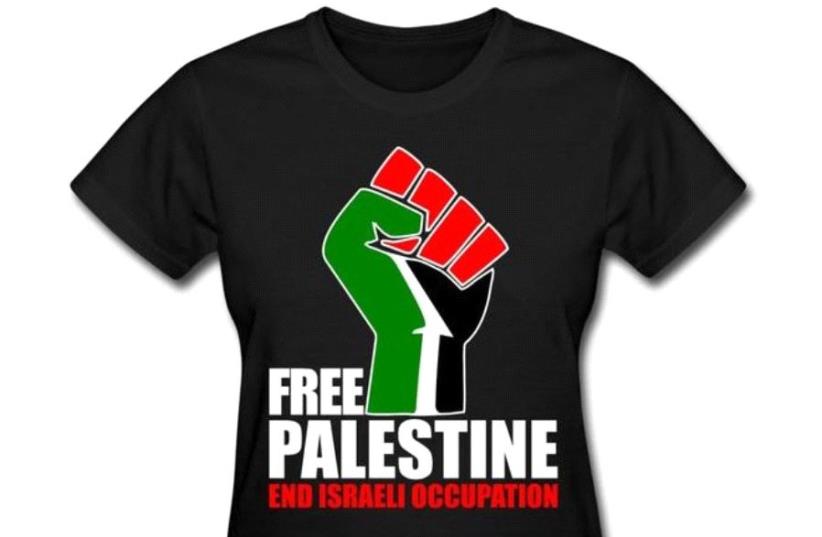 The Free Palestine t-shirt sold by Sears.com.
(photo credit: screenshot)
Advertisement
NEW YORK — Sears says it will remove a line of clothing featuring the slogan “Free Palestine” from its website.The clothing was offered for sale by a another company, Spreadshirt Collection, and included tank tops, t-shirts and hoodies featuring a variety of pro-Palestinian messages. The clothing was offered for sale through Sears Marketplace, which offers a platform for third-party sellers to offer their wares through websites managed by Sears.The designs included a clenched fist in the colors of the Palestinian flag and statements opposing the Israeli occupation.The item was first spotted by Jerusalem Post reader Larry Sherman, who said, "It is unacceptable to de-legitimize the State of Israel."When questioned about the issue, a Sears representative told The Jerusalem Post that they were aware of the t-shirt and have escalated the situation. "We will be removing the items soon. Please allow us 24 hours. Thank you for understanding," he said on Tuesday."We do not want our members to be unhappy," he continued. "This item is sold by a third-party seller via the Sears Marketplace. Given the feedback we’ve received, we are currently evaluating the items in question to determine appropriate action. We will fix it and ensure this is not repeated."According to a statement from a Sears spokesman, the apparel was pulled from the site based on feedback the company received.The statement added that Sears felt it had been “unfairly singled out on this issue,” as similar items are available for purchase from other companies, such as Amazon and Walmart.Amazon sells some of the exact same items from Spreadshirt, as well as a wide range of other pro-Palestinian merchandise.The Sears statement notes that the company serves “a broad base of customers around the country and around the world,” and that it has 200 employees in Israel.

Ariane Mandell contributed to this report.