The approach of the High Holidays also has led the army to take precautions, a senior security source said. 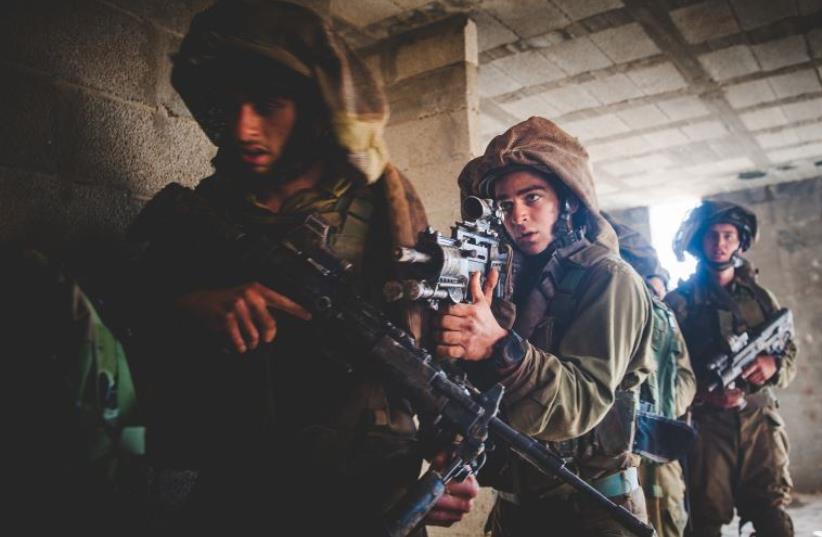 IDF troops take part in a drill near the West Bank town of Kalkilya
(photo credit: IDF SPOKESPERSON'S UNIT)
Advertisement
In the coming days, security forces will take a number of precautionary steps in the Judea and Samaria regions ahead of potential flashpoints, though none of the steps are extraordinary or dramatic.On Friday, some Palestinians declared a day of rage to protest the death of Reham Dawabshe on Monday, the mother of the infant killed in an arson attack by suspected far right activists in Duma last month.The approach of the High Holidays also has led the army to take precautions, a senior security source said. However, there are no current plans to inject additional army units into the West Bank.IDF units operating within Central Command will increase their presence on West Bank roads. Officers will hold ongoing security evaluations. These steps are similar to the ones taken by the army in the days that followed last month's deadly firebombing of the home in Duma.The IDF and Shin Bet domestic intelligence service make nightly arrests of terror suspects, including Hamas members, as well as Palestinians suspected of being involved in unorganized terrorism and violence.Five security suspects were arrested in overnight raids between Tuesday and Wednesday across the West Bank, including two Hamas members.Earler this week, Judea and Samaria District Police together with army infantry units uncovered counterfeit IDF uniforms and firearms during overnight counterterrorism raids in the West Bank.In one raid that was held in Beit Umar, a village near Hebron, police officers and IDF soldiers, together with the Shin Bet (Israel Security Agency), found two handguns, one of which was homemade and the second factory made, as well as ammunition, two radio devices and army uniforms that could have been used to carry out attacks.