The Hamas leader was arrested in October 2015 after a number of Palestinians carried out stabbing and car ramming attacks against Israelis, especially in Jerusalem. 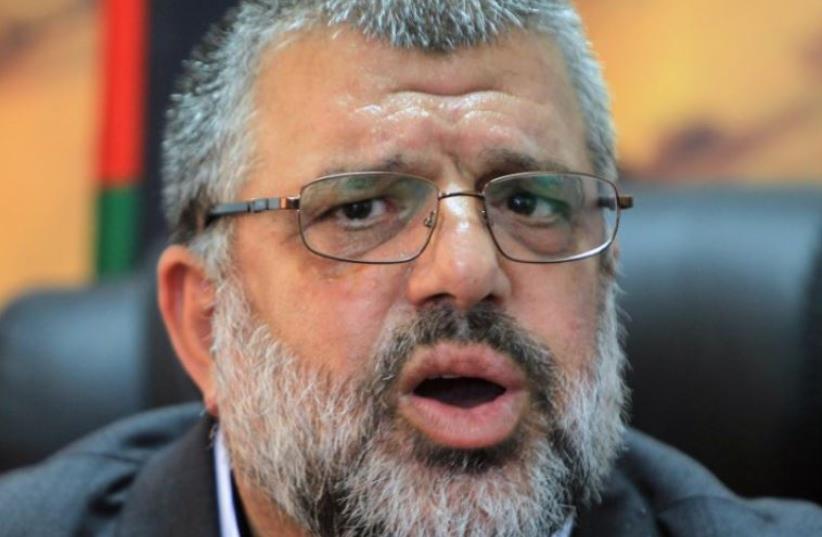 Sheikh Hassan Yousef
(photo credit: AFP PHOTO)
Advertisement
Senior Hamas leader in the West Bank Hassan Yousif was released from prison on Thursday, an Israel Prison Service spokesman said. Yousif, a Palestinian lawmaker who helped found Hamas, was held under administrative detention for the past 22 months, a procedure that allows authorities to detain Palestinians without granting them a trial or indicting them.A Shin Bet spokesperson said that “it appears that it was no longer necessary” to detain Yousif, without elaborating. The Hamas leader was arrested in October 2015 after a number of Palestinians carried out stabbing and car ramming attacks against Israelis, especially in Jerusalem. At the time, the IDF spokesman said Yousif was arrested for his alleged involvement in activities “aimed at inciting Palestinians to commit acts of terrorism.”On Thursday, the Shin Bet spokesperson declined to comment on why Yousif was never brought before a judge or indicted. Yousif previously has been held under administrative detention. Three months before his arrest in October 2015, he was released after being detained under administrative detention for a year.Israeli security officials have defended administrative detention, arguing that it allows them to counter security threats without revealing sensitive information or sources in an indictment or a courthouse. However, human rights groups have argued that Israeli security services employ administrative detention because they do not have sufficient evidence to issue an indictment, and called on Israel to end the procedure. Yousif’s son is Musab Yousif, who helped the Shin Bet thwart attacks against Israelis from 1997 to 2007. Hasan renounced his relationship Musab in 2010. Musab has since moved the United States, converted to Christianity, and wrote a book about his experience serving as an agent for the Shin Bet titled Son of Hamas.In a separate development, circus performer Muhammed Abu Sakha was set free on Wednesday after being detained under administrative detention for 20 months.At the time of his arrest, the Shin Bet accused Abu Sakha of membership in the Palestinian Front for the Liberation of Palestine, which Israel considers a terrorist group.