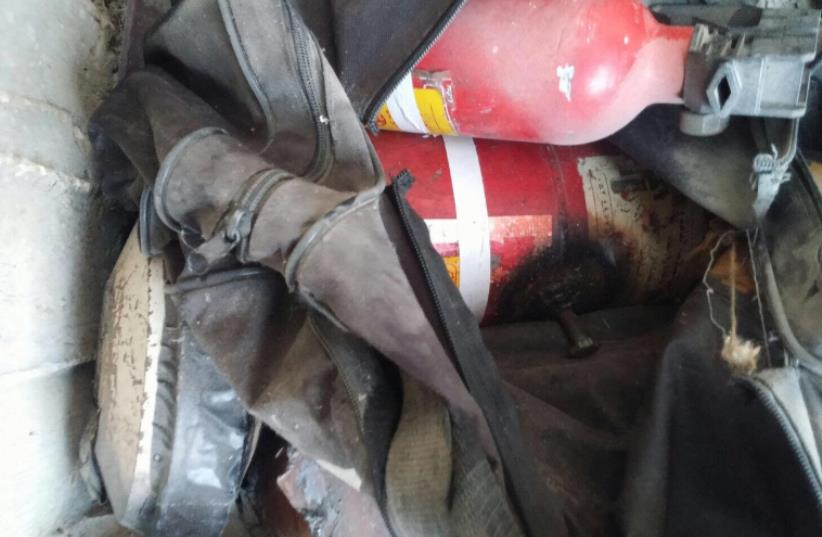 Explosives found in Jenin raid
(photo credit: IDF)
Advertisement
The elite Duvdevan unit conducted counter-terrorism and arms raids in the Jenin refugee camp overnight between Saturday and Sunday, arresting two terror suspects, and seizing an M-16 assault rifle and explosive devices. During the mission, the unit surrounded a location due to a suspicion that an armed suspected had barricaded himself inside. Actions by the army resulted in a fire breaking out in the building. Soldiers then entered, and found a number of explosive devices. A riot erupted nearby, in which Palestinians hurled explosive devices at the unit. Soldiers also heard shots fired in their vicinity. The unit left the area on Sunday morning.