The suspects, arrested in their home and taken for further interrogation, were found in possession of the keys to the vehicle used in the attack. 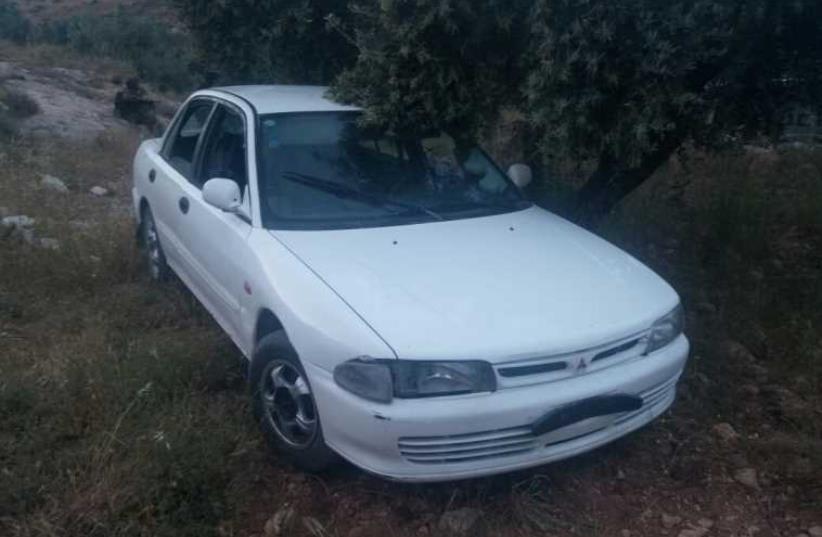 car allegedly involved in hit and run attack against officer‏.
(photo credit: ISRAEL POLICE)
Advertisement
Two men, suspects in Saturday's hit and run attack against a police officer near Hebron, were arrested on Sunday during a raid by security forces, according to an official police statement. Saturday's incident occurred during a police inspection of vehicles near Hebron during which a Palestinian vehicle was signaled to pull over. The driver accelerated, hit an officer, and then sped in the direction of a nearby village. The Hebron residents, aged 23 and  26, who were arrested in their home and taken for further interrogation, were found in possession of the keys to the vehicle used in the attack. The vehicle itself, bearing marks from the incident, was found nearby. The officer who was struck in the attack suffered light injuries and was released from Beersheva's Soroka hospital.