The IDF is planning as if a war might break out at any time, though the military assumption is that Hamas is not looking for a confrontation with Israel in the near future, 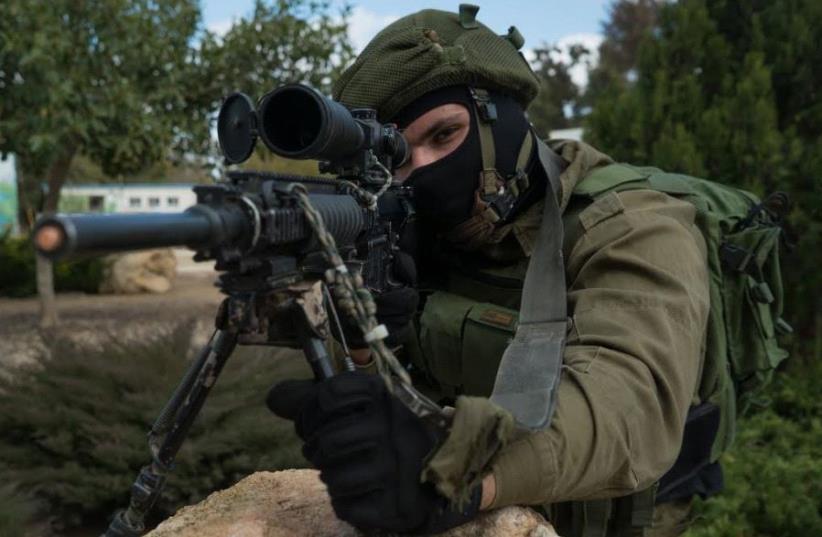 IDF completes large-scale Gaza drill simulating Hamas infiltration by land, sea, and air.
(photo credit: COURTESY IDF SPOKESMAN'S OFFICE)
Advertisement
Tensions between Israel and militants in the Gaza Strip flared on Monday, one day after a Hamas militant died in an “accidental explosion” in the northern Gaza Strip and shortly after a large-scale IDF drill along the border.The Izz al-Din al-Qassam Brigades, the military wing of Hamas, said that 37-year-old Muhammad Walidal-Quqa died after succumbing to wounds he sustained a day earlier and had been involved in "jihadist activities, including manufacturing and assembling explosives."Early Monday morning, rocket alert sirens sounded in several southern Israeli communities bordering the northern Gaza Strip. According to the army, a projectile landed in an open area and security forces were sweeping the area for remnants. There were no immediate reports of injuries or damage in the attack. The IDF later struck several Hamas targets over the course of the day on Monday following the rocket fire and late afternoon gunfire toward troops.
IDF completes large-scale Gaza drill simulating Hamas infiltration (IDF spokesperson"s unit)
Both Hamas and splinter Islamic organizations have launched rocket attacks into Israel. There has been no official claim of responsibility for the launching of the projectile, but Israel holds Hamas accountable for all fire emanating from the Strip.The IDF recently completed a large-scale training exercise along the Gaza Strip that would respond to a future, multi-pronged terrorist assault from the Strip by land, sea, and air. The five-day-long drill, part of an annual training cycle, simulated the infiltration of large numbers of Hamas terrorists into border communities by attack tunnels, para-gliders and naval commandos.The training exercise took place as Hamas has been investing a significant amount of money and effort into rebuilding and constructing new attack tunnels.The defense establishment has warned that the IDF must pay special attention to the strengthening of Hamas’s naval commando unit, which has reportedly increased the number of its divers since 2014’s Operation Protective Edge. During that war, five Hamas commandos attempted to infiltrate Kibbutz Zikim and were killed by troops.In addition to growing its missile stockpile from self-made weapons using material smuggled through the Egyptian-controlled Rafah border crossing, Hamas has also constructed outposts along the border with Israel and is also patrolling the area. Hamas terrorists reportedly cross from Gaza via Egypt to third-party countries, and later return to the Strip.Hamas has also been investing in its drone capability. In recent years, Hamas drones have sometimes breached Israeli airspace, causing the IDF to scramble jets.Earlier on Monday, Defense Ministry officials working alongside the Shin Bet (Israel Security Agency) intercepted hundreds of drones, computer parts and other electronic equipment that the ministry said were being smuggled for terrorist activities against Israel.Over the past year, the ministry’s Crossings Authority, along with the Shin Bet, foiled 1,225 attempts to smuggle dual-purpose material into Gaza, such as drones, model airplanes, commando knives, truck motors and diving gear.In April 2015, Tal Inbar, head of the Space Research Center at the Fisher Institute for Air and Space Strategic Studies in Herzliya, told the Post that Hamas produces its own drones, including some that carry explosive devices. A senior IDF officer told Channel 2 last week that Hamas has replenished its military capability since the 2014 war, adding that the terrorist organization has used the years since the offensive to develop its tunnels and missile programs.Following that report, Hamas’s military wing said that Israel’s concern with its network of tunnels is proof of Hamas’s success during the war, citing the anticipated Comptroller’s Report on Operation Protective Edge, which is expected to contain scathing criticism of Israel’s military and political leadership.