The Judea Military Court, which handed down the conviction late Tuesday, will address sentencing at a later date. 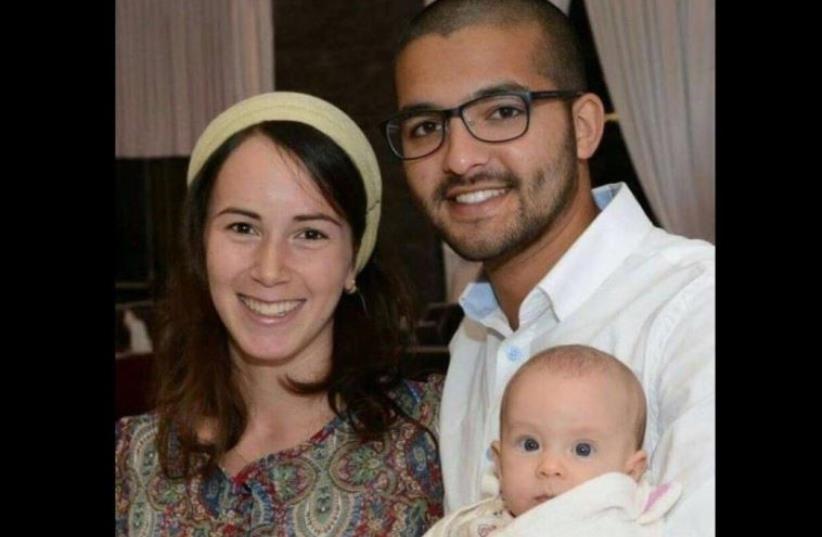 IDF Sgt. Tuvia Yanai Weissman (R), his wife, and baby
(photo credit: IDF SPOKESPERSON'S UNIT)
Advertisement
The last of three Palestinian minors was convicted as an accomplice to murder in the February 2016 Rami Levy supermarket stabbing spree in which Sgt. Tuvia Yanai Weissman was killed and another victim was wounded.The Judea Military Court, which handed down the conviction late Tuesday, will address sentencing at a later date.Two other Palestinian minors have already been convicted of murder, but the conviction of the third minor was significant as it came despite the fact that he was prevented by the store’s staff from entering the store and taking part in the killing.The identity of the three convicts remains under gag order because they are minors.In the attacks at the Rami Levy supermarket in Sha’ar Binyamin in the eastern Binyamin region industrial area, two of the three minors followed through on a conspiracy to murder Weissman and also wounded a second man.Also, a teenage female terrorist was killed after attempting to stab security forces at the Za’ayem checkpoint near Ma’aleh Adumim on Wednesday morning, according to police.The teenager, 16, lived in Ramallah and was in 11th grade.The terrorist approached the checkpoint with a knife and tried to stab one of the security guards. The guards opened fire and the suspect was killed. The security guards were not injured.Sara Rubenstein contributed to this report.