Netanyahu departs for Liberia: 'Israel has returned to Africa'

An important part of Netanyahu's objective in courting Africa is to dissolve this bloc and sway it to support the Jewish state at the UN and in international organizations.

By HERB KEINON
JUNE 4, 2017 00:04
Netanyahu departs for Liberia: 'Israel has returned to Africa' (credit: GPO)
Advertisement
Netanyahu left on Saturday night for a one-day visit to Liberia, where he will address the leaders of the Economic Community of West African States (ECOWAS), one of eight regional groups in the continent, in a strong sign of rapidly developing ties between Israel and sub-Saharan Africa.King Mohammed VI canceled his scheduled participation in a summit of 15 African leaders in Liberia on Sunday because Prime Minister Benjamin Netanyahu will be there, the Moroccan Foreign Ministry announced.Israeli diplomatic officials said, however, that the king used Netanyahu’s presence in the summit as an excuse not to attend.They explained that the real reason has to do with ECOWAS’s opposition to Morocco’s membership in the group, because of the king’s policy in Western Sahara."This is the first time they {ECOWAS) have invited the leader of a country outside of Africa to address them. I really appreciate it. Israel has returned to Africa and in a big way," Netanyahu said. "The extent to which they respect us is a mark of honor for the state of Israel," he said. 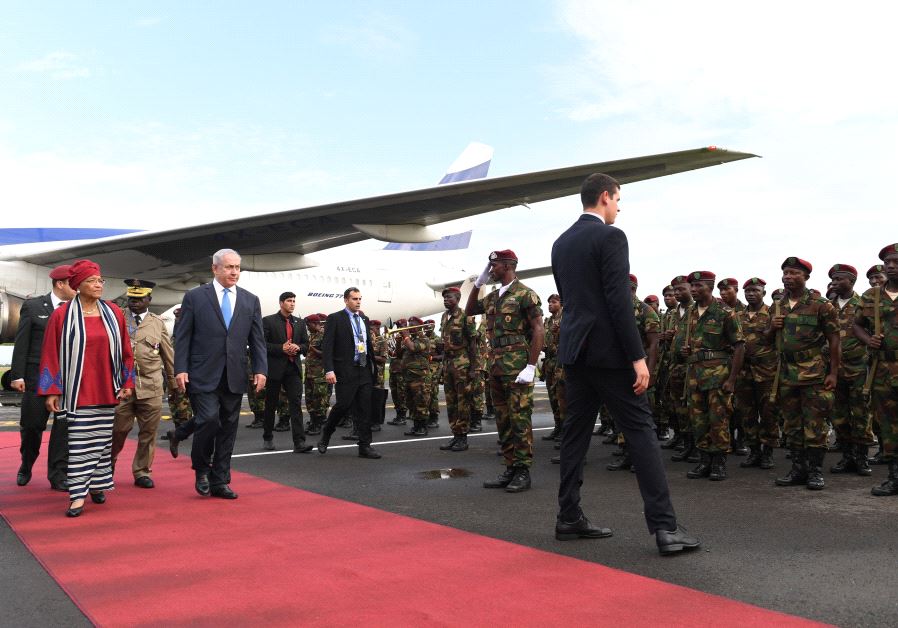 PM Netanyahu in Liberia (picture: Kobi Gideon/GPO)As a result of the trip he took to eastern Africa last year, Netanyahu said that Israel is now in western Africa. The 54 African countries are the foundation of the automatic majority against Israel at the United Nations, Netanyahu said. An important part of Netanyahu's objective in courting Africa is to dissolve this bloc and sway it to support the Jewish state at the UN and in international organizations.Mohammed, as first reported by The Jerusalem Post last week, was originally expected to attend as part of his country’s bid to join the organization, opening up the possibility of an encounter between the two leaders. Israel and Morocco do not have diplomatic ties.Morocco’s Foreign Ministry, however, issued a statement on Thursday night saying the king will not attend the conference. After noting that Netanyahu was invited, the statement said the king “wants his first presence at an ECOWAS summit not to take place in a context of tension and controversy and wants to avoid any confusion.”The statement said: “Over the last few days, key ECOWAS member states have decided to reduce their level of representation at the summit due to their disagreement with the invitation handed to the Israeli prime minister. Other member states also expressed their astonishment at this invitation.”It was not immediately clear to which countries the statement was referring. 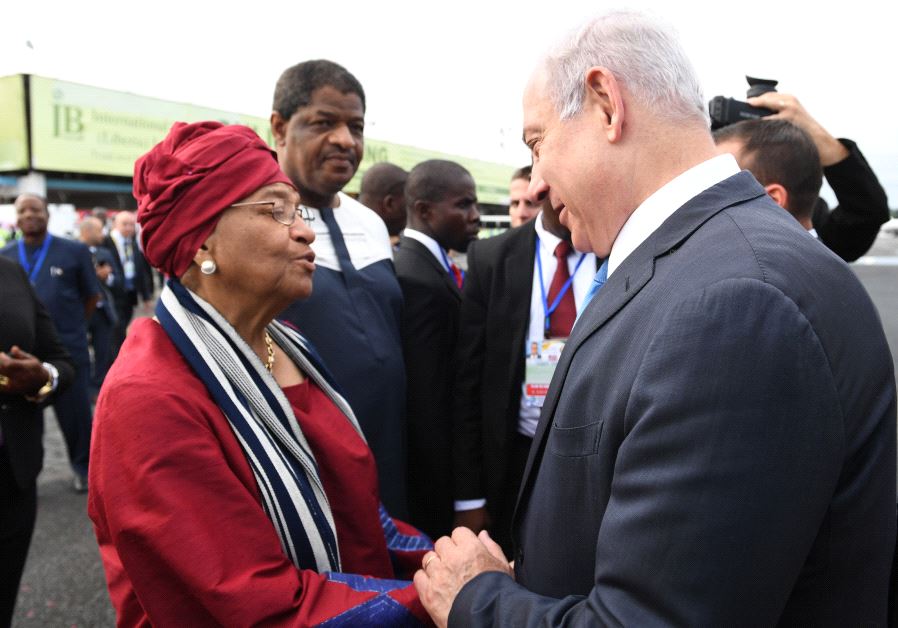 PM Netanyahu in Liberia (picture: Kobi Gideon/GPO)Eugene Kontorovich, a Middle East pundit and law professor at Northwestern University, paradoxically observed in a Twitter message that this is an “important sign of Israel’s ever growing non-isolation.” The host of the conference “could have not invited Bibi to avoid embarrassment,” he wrote.According to this reasoning, that ECOWAS heads did invite Netanyahu, knowing it would likely cause some negative fallout, indicates the importance many African states attribute to having ties with Israel.Netanyahu is also expected to hold bilateral meetings on the sidelines of the conference with the presidents of Liberia, Togo and Côte d’Ivoire.Two countries in the organization – Niger and Mali – do not have diplomatic ties with Israel. The other 13 countries that make up ECOWAS are Bénin, Burkina Faso, Cape Verde, Côte d’Ivoire, Gambia, Ghana, Guinea, Guinea-Bissau, Liberia, Nigeria, Senegal, Sierra Leone and Togo.Netanyahu is joined on the trip by National Infrastructure, Energy and Water Minister Yuval Steinitz, Agriculture Minister Uri Ariel, Deputy Foreign Minister Tzipi Hotovely and Likud MK Avraham Neguise, chairman of the Knesset’s Israel-Africa Caucus.This is Netanyahu’s second trip to Africa in a year, after a period of 29 years when no sitting prime minister had visited the continent. He is also scheduled to attend a summit in Togo in October that is expected to draw leaders from 25 countries from across Africa.While at the summit in Liberia, Netanyahu is expected to sign a cooperation agreement and two memorandums of understanding that will govern heightened cooperation between Israel and ECOWAS across a wide array of fields, from homeland and cybersecurity to agriculture and waste management. One of those MoUs deals with promoting investments, technology and cooperation.Under one of the MoUs, a deal is to be signed for investment in a $20 million solar field in Liberia and a pledge of a $1 billion over the next four years by Israeli solar developer Energiya Global Capital to advance green-energy power projects in those ECOWAS states that are interested.Energiya Global CEO Yosef Abramowitz said his company and its international partners will finance and build a commercial- scale solar field at Roberts International Airport outside Monrovia that will supply 25% of Liberia’s generation capacity.“We are prepared to finance and build the first National Demonstration Solar Projects in all ECOWAS-affiliated countries in order to promote political stability and social and economic development, as well as to advance knowledge transfer,” he said.Energiya Global and its associated companies developed the first commercial scale solar field in sub-Saharan Africa in Rwanda, which is supplying 6% of the country’s power, and the group broke ground on a similar power plant in Burundi, which will supply 15% of the country’s power by the end of the year.The solar group currently has fields at various stages of development in 10 African countries.