The transfer was facilitated by the Coordinator of Government Activities in the Territories (COGAT) at the request of Jordan's King Abdullah.

By JULIANE HELMHOLD
MAY 23, 2018 11:30
IDF transfers wounded Palestinians from Gaza to Jordan for medical treatment (IDF Spokesperson's Unit)
Advertisement
On Tuesday, 22 Palestinians and their relatives were transferred from the Gaza Strip for medical treatment in Jordan, according to the IDF spokesperson.The transfer was facilitated by the Coordinator of Government Activities in the Territories (COGAT) at the request of Jordan's King Abdullah. 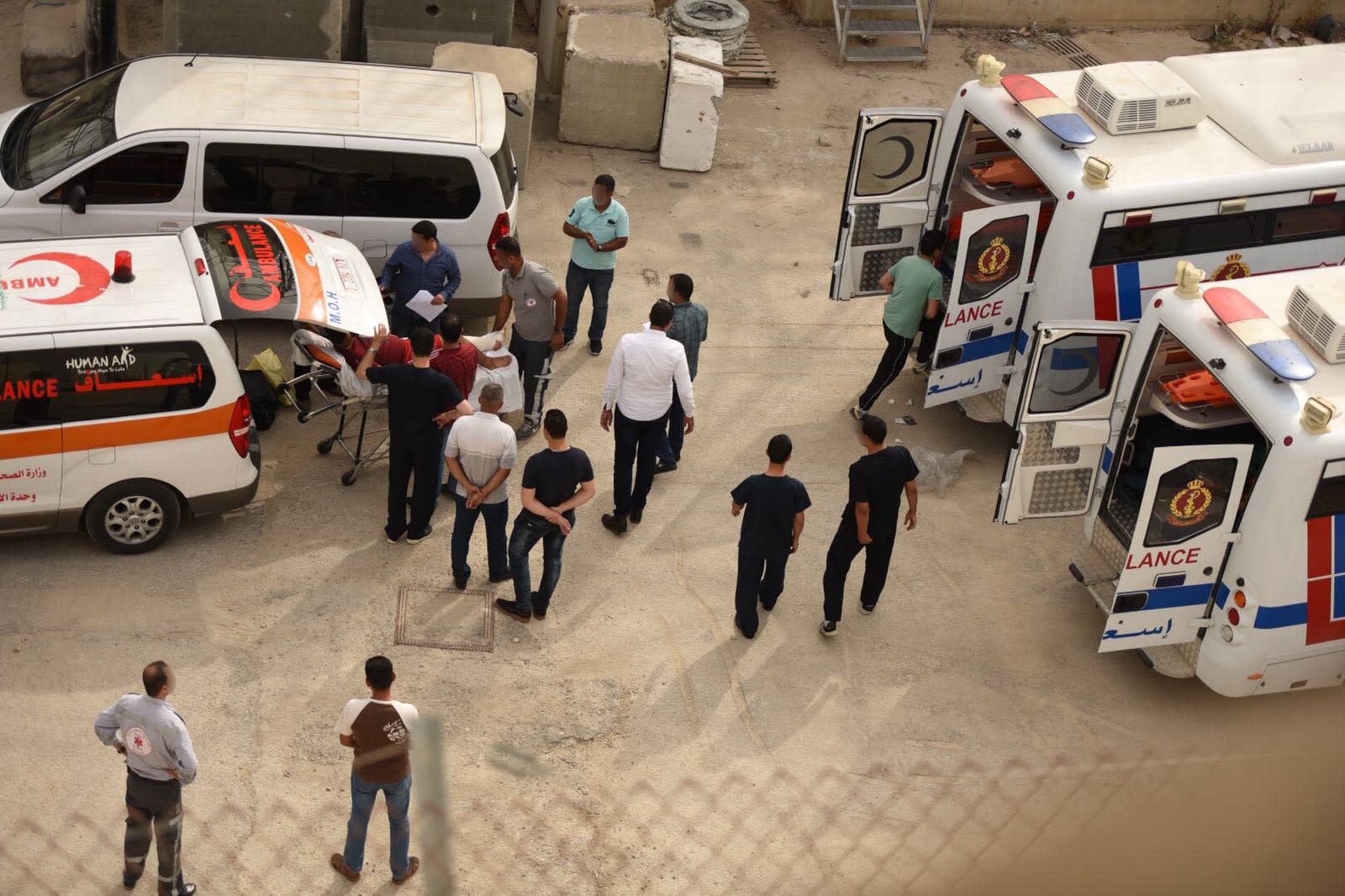 Jordanian ambulances transferring 22 Gazans to Jordan to receive medical treatment. (IDF SPOKESPERSON'S UNIT)Three Jordanian ambulances who had entered the country via the Allenby Bridge crossing in the morning transferred the injured Palestinians through the Erez Crossing out of the Gaza Strip.Last week, the IDF coordinated the transfer of eight truckloads of vital medical equipment through the Kerem Shalom crossing.However, Hamas turned away two large truckloads of Israeli humanitarian aid intended to relieve medical shortages in the Gaza Strip, with hospitals struggling to treat Palestinians wounded in clashes on the Israel-Gaza border. Hamas has frequently refused Israeli aid in the past. Hamas accepted four trucks of aid supplied by the Palestinian Authority and two trucks supplied by UNICEF. But two truckloads of medical aid provided by the IDF were turned away when the origin of the equipment became apparent.The Kerem Shalom crossing had just been re-opened after being set ablaze by Palestinian protesters on May 11.Eytan Halon contributed to this report.