US hints at linkage between military assistance and settlement building

The very harsh tone of the statement has fueled speculation that the US may support an anti-settlement resolution in the UN Security Council. 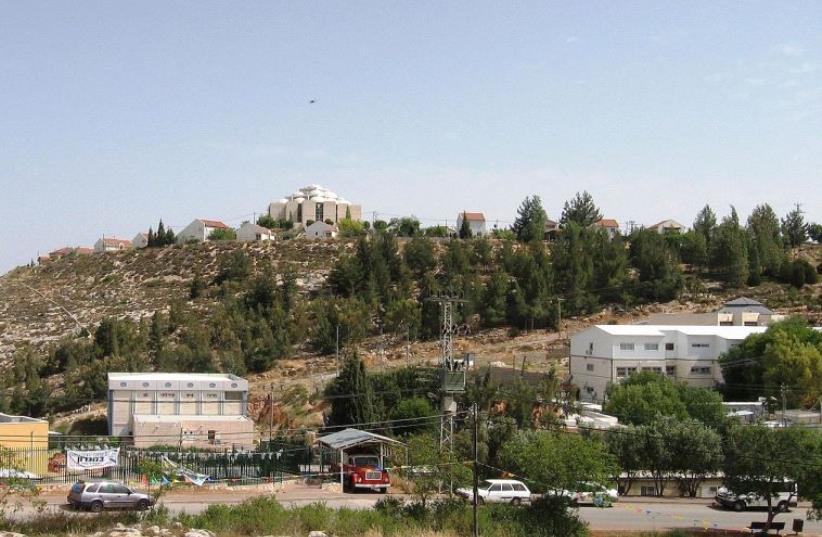 Shiloh
(photo credit: DANIEL VENTURA/WIKIMEDIA COMMONS)
Advertisement
Using unusually sharp language, and citing both the recently signed military aid package and Shimon Peres’s death, the US State Department on Wednesday slammed Israel’s intention to build homes in the Shiloh settlement, located in Samaria, as a possible site to relocate 40 families from the Amona outpost.“We strongly condemn the Israeli government’s recent decision to advance a plan that would create a significant new settlement deep in the West Bank,” State Department spokesman Mark Toner said, referring to plans to advance 98 new homes that were approved on Wednesday by the Higher Planning Council of Judea and Samaria. These 98 units are part of a larger, yet unbuilt project of some 300 homes in the Shiloh settlement, near its Shvut Rahel neighborhood.In Washington’s eyes, however, this is a “new settlement” that would “further damage the prospects for a two-state solution. The retroactive authorization of near-by illegal outposts, or redrawing of local settlement boundaries, does not change the fact that this approval contradicts previous public statements by the government of Israel that it had no intention of creating new settlements.”
White House says Israel"s new settlement activity undermines peace process
The White House joined in the State Department’s criticism, saying it was surprised by the announcement.“We did receive public assurances from the Israeli government that contradict this announcement,” White House spokesman Josh Earnest said at a news briefing. “I guess when we’re talking about how good friends treat one another, that’s a source of serious concern as well.”MK Bezalel Smotrich (Bayit Yehudi) said it was "worrisome that the US government is bluntly using military assistance to enforce a policy that harms Israel's security."Opposition parliamentarians immediately attacked Netanyahu and the Shiloh plans, which according to the non-governmental group Peace Now is located some 27 kilometers over the pre-1967 lines. As it is also outside the boundaries of the security barrier and is, Shiloh is considered to be an isolated settlement. MK Tzipi Livni (Zionist Union), who was also a former negotiator with the Palestinians said that Netanyahu was destroying the gains made under the former premiership of Ariel Sharon, when it became an understanding that Israel would retain settlement blocs in any agreement with the Palestinians.A failure to separate between the settlement blocs and isolated settlements, is harming the blocs, she warned.“Netanyahu is destroying all this now, as he caves to political pressure and the settlers who are a minority,” Livni said. “They are also harming the state of Israel, its relations with the United States and its security."MK Michal Rozen (Meretz) took note of the link the State Department made between the settlement construction and military assistance to Israel.“It’s a warning about what could be a dangerous new reality in the future,” Rozen said.Israel’s strategic relations with the US were not set in stone, she said. “If the government continues to spit in the face [of the US] - we may have to deal with the type of security threats we have not yet seen in our country,” Rozen said.MK Erel Margalit, who is running for the position of Labor leader in next year’s primary said, “once again Israel’s security interests have taken a back seat to Netanyahu’s political interests.”The issue of additional homes for Shiloh came before the Higher Planning council, because a new neighborhood there is considered to be one possible option for the relocation of the 40 families in the Amona outpost which is slated for demolition by December 25.According to protocols from the council’s meeting, the homes are also deemed necessary to satisfy the community’s growth needs.Since 2008, the Shiloh settlement has almost doubled in size, growing from 1,995 people to 3,379 in 2015. The council estimated that the actual population could be as high as 3,800.The High Court of Justice has ordered that the Amona outpost be removed by December 25th because houses there were built without permits on private Palestinian property. The families there have in the past turned down government offers for relocation inside Shiloh.

Michael Wilner and Gil Hoffman contributed to this report.