US stresses 'concern' with Israeli settlements after intensive talks

US President Donald Trump has prioritized making peace between Israelis and Palestinians. 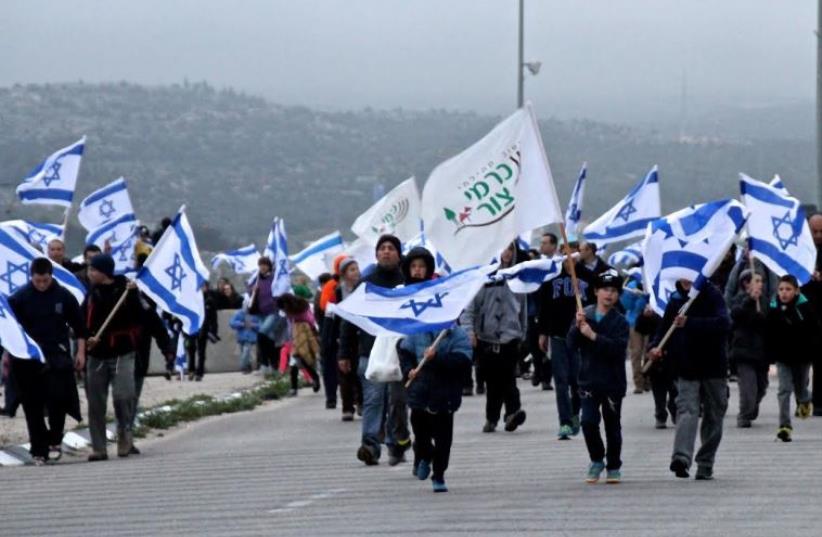 Settlers march along Route 60 from the Karmei Zur settlement to the Gush Etzion junction
(photo credit: TOVAH LAZAROFF)
Advertisement
WASHINGTON -- The Trump administration is encouraging the Israeli government to adapt some of its policies toward the Palestinians in preparation for a new round of peace talks.Senior administration officials conducted four days of intensive talks with their Israeli counterparts focused on "concrete near-term measures to improve the overall climate in order to advance the prospects for a genuine and lasting peace," both governments said in a joint statement.Trump's special representative for international negotiations, Jason Greenblatt, led the US delegation, following a visit to the region last week. Yoav Horowitz, the prime minister's chief of staff, as well as Ron Dermer, Israel's ambassador to the US, led discussions from the Israeli side.
Trump"s envoy Jason Greenblatt meets Netanyahu (credit: REUTERS)
"A principal focus of the discussions was specific measures that could have a meaningful impact on the economic environment in the West Bank and Gaza, allowing the Palestinians to more fully realize their economic potential," the White House said, noting Israel's embrace of the initiative."The two delegations also discussed Israeli settlement construction, following up on Prime Minister Netanyahu’s visit to Washington and Mr. Greenblatt’s recent visit to Israel," the statement continued. "The United States delegation reiterated President Trump’s concerns regarding settlement activity in the context of moving towards a peace agreement. The Israeli delegation made clear that Israel’s intent going forward is to adopt a policy regarding settlement activity that takes those concerns into consideration."US President Donald Trump has prioritized making peace between Israelis and Palestinians, characterizing a comprehensive agreement between the two parties as the "deal of all deals." He has told both parties that now is the time for negotiations.The last round of negotiations ended in failure in 2014, ushered during the Obama administration under the leadership of US Secretary of State John Kerry.