US walks back criticism of Israel security response to terror wave 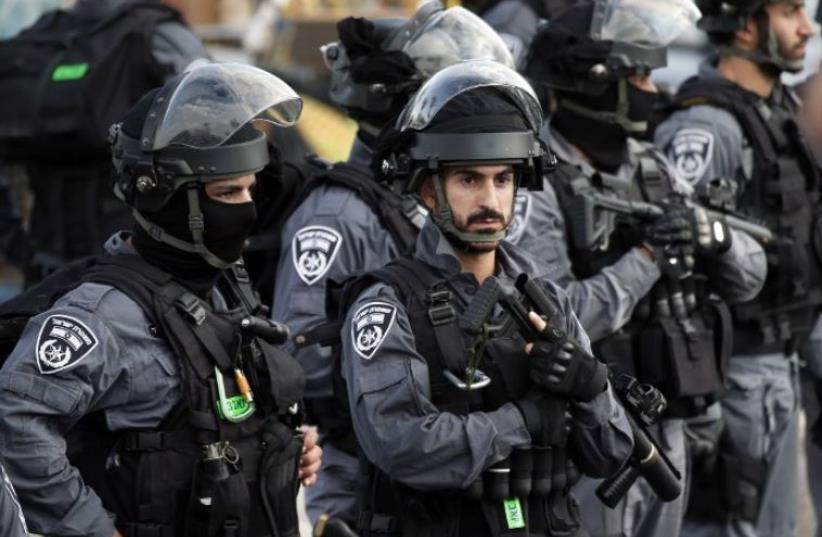 Israeli security forces stand guard in front of the Damascus Gate near the Old City of Jerusalem
(photo credit: AFP PHOTO)
Advertisement
WASHINGTON -- Israel has a right to defend itself and the United States has not determined its law enforcement has used "excessive force" against Palestinians amid the recent wave of violence sweeping the country, State Department spokesman John Kirby said on Thursday.
State Department: we’ve certainly seen some reports of excessive use of force
Kirby's comments came one day after he said the State Department had seen credible reports of the use of such force."We have never accused Israeli security forces with excessive force with respect to these terrorist attacks," Kirby clarified, reiterating Washington's longstanding position that Israel has a right and responsibility to defend its citizens.The spokesman also said the US does not believe Israeli policy on the Temple Mount (Haram al-Sharif) has changed and welcomes Israel's continuation of the status quo. The Palestinian Authority continues to question Israel's designs on the holy site, where non-Muslims are not currently allowed to formally pray. Earlier in the day at Indiana University, US Secretary of State John Kerry said he condemned the violence, which has claimed the lives of 8 Israelis, over 30 Palestinians and wounded over 80 others over the last 15 days."It is important that we all remain deeply concerned about this recent violence," Kerry said. "We strongly condemn the terrorist attacks against innocent civilians and there is absolutely no justification for these reprehensible attacks. We will continue to support Israel's right to defend its existence."
Kerry links wave of terrorism in Israel to settlement activity
"It is critically important though that calm be restored as soon as possible, and we the administration will continue to stress the importance, politically and privately, of preventing inflammatory rhetoric, accusations or actions that could lead to violence," he added.Also on Thursday at a press conference in Jerusalem, Prime Minister Benjamin Netanyahu directly criticized comments Kerry made earlier in the week. At an event at Harvard University, the top US diplomat said that Palestinian frustration over a "massive increase in settlements" had preceded the violence, suggesting to some he was rationalizing the attacks. The frustration, Netanyahu said, is rooted in a fundamental Palestinian rejection of a Jewish presence in historic Palestine. "They don't want us here," he said."This is not a result of a massive wave of settlements," Netanyahu said, "because there's not been a massive wave of settlements."Kirby responded to the back and forth on Thursday.Kerry "never said that settlements were to blame for the current violence," Kirby told The Jerusalem Post, adding: "There is no excuse for terrorism."