Monday afternoon, the Bayit Yehudi faction in the Knesset is holding a debate on the issue. 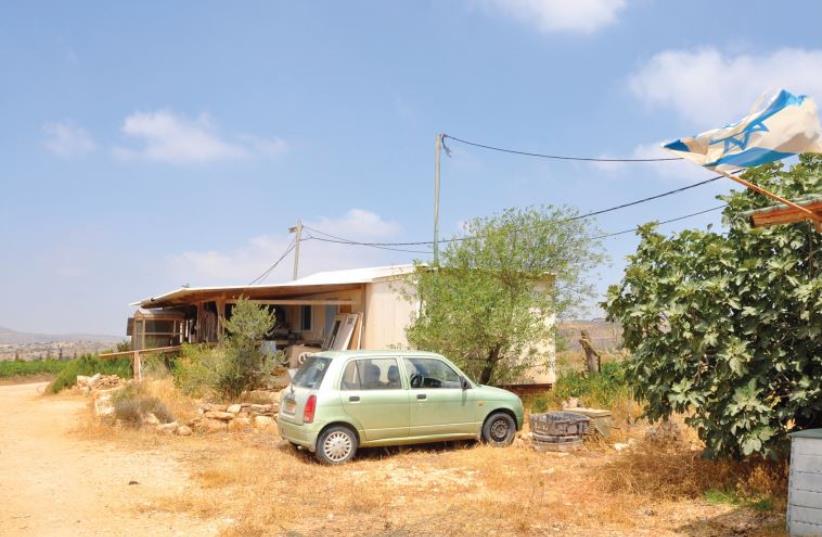 Samaria is composed of 2,800 square kilometers of landscape, with 130,000 Jewish residents spread over it
(photo credit: SOPHIE ASHKINAZE-COLLENDER)
Advertisement
Right-wing politicians are pushing to pass Knesset legislation that would rescind the 2005 Disengagement order in northern Samaria, that led to the demolition of four settlements in that region.A spokesman for MK Shuli Mualem-Rafaeli (Bayit Yehudi) said that the Ministerial Committee for Legislation may vote on such a bill as early as this Sunday. Mualem-Rafaeli helped author the bill.“There was no justification to uproot these communities,” Mualem-Rafaeli said adding that there is no reason to now “leave them in ruins.”Monday afternoon, the Bayit Yehudi faction in the Knesset is holding a debate on the issue.The legislative drive is part of a number of steps politicians are taking to block the US from pressuring Israel to transfer portions of Area C of the West Bank — which is under full Israeli military and civilian control — to the Palestinian Authority.A number of recent media reports speculated that this territory, located outside of Jenin, may be one of the sections of Area C, that the Trump Administration would want transferred to Area A. Last week MK Ahmed Tibi (Joint List) told Army Radio that Israel plans to allow five Palestinian cities to expand into Area C, including Jenin. By this particular legislative drive began last year while former US President Barack Obama was still in office and is the latest in a number of such drives over the last 12 years. In 2008 former MK Arye Eldad filed a similar bill with the support of 42 parliamentarians.Israel did not withdraw from northern Samaria as it did from Gaza in 2005. Instead it placed the territory of those four northern settlements under military control; Homesh, Sa-Nur, Ganim and Kadim.It banned Israeli civilians from entering the area except with special permission that is rarely granted.While the politicians together with the Samaria Regional Council want to rebuild those four communities, this legislation does not authorize such building. The legislation seeks to overturn the ban Israeli civilians entering that area, but the explanation attached to the  bill does state that the goal is to rebuild those four settlements.It would be difficult to reconstruct Homesh in its exact location because it was constructed on private Palestinian property. The High Court of Justice in 2013 has already ruled that the land can be farmed by Palestinians.Samaria Regional Council head Yossi Dagan, who is a Sa-Nur evacuee, is among the politicians supporting the legislation.“We still lie awake at night with memories of the evacuation,” Dagan said. “I call on all members of the Knesset and the coalition who were chosen by (the national Zionist camp) to seize the opportunity to correct this injustice by advancing and passing this legislation,” Dagan said.