Will UNESCO inscribe Cave of Patriarchs as Muslim mosque today?

The Palestinian Authority has warned the UNESCO committee that Hebron’s Old City and the cave are at risk from the IDF unless it is placed on the World Heritage in Danger list. 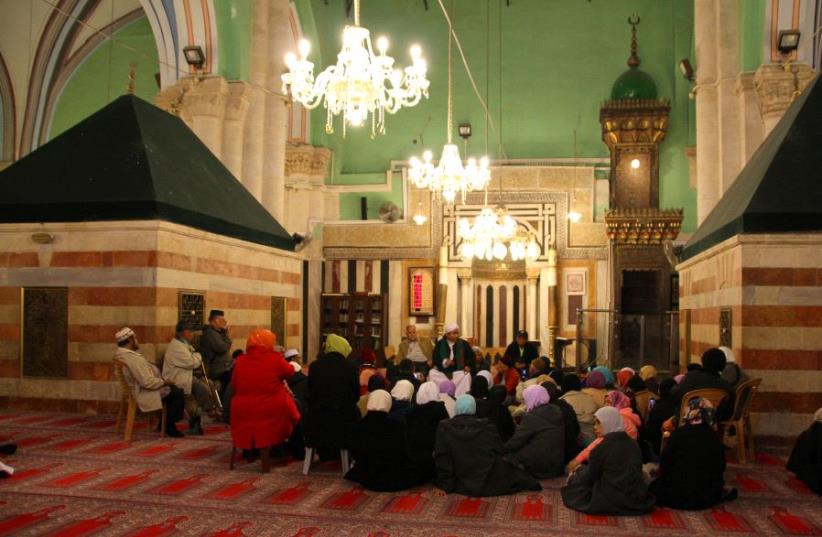 Muslim worshippers at the Ibrahimi mosque at the Cave of the Patriarchs, Hebron
(photo credit: TOVAH LAZAROFF)
Advertisement
Israel is working to thwart attempts to ascribe Hebron’s Cave of the Patriarchs to “Palestine” on Friday, a move the city’s Deputy Mayor Yousef al Jabari said would clarify that the site was “a pure Muslim mosque.” “It is a place for Muslim worshipers,” Jabari told a group of visiting journalists on Thursday, in advance of the 21-member World Heritage Committee vote on the matter. “We will do everything we can [for] this place to remain a mosque, and a mosque for Muslim worshipers only,” Jabari said in Arabic through an English translator. 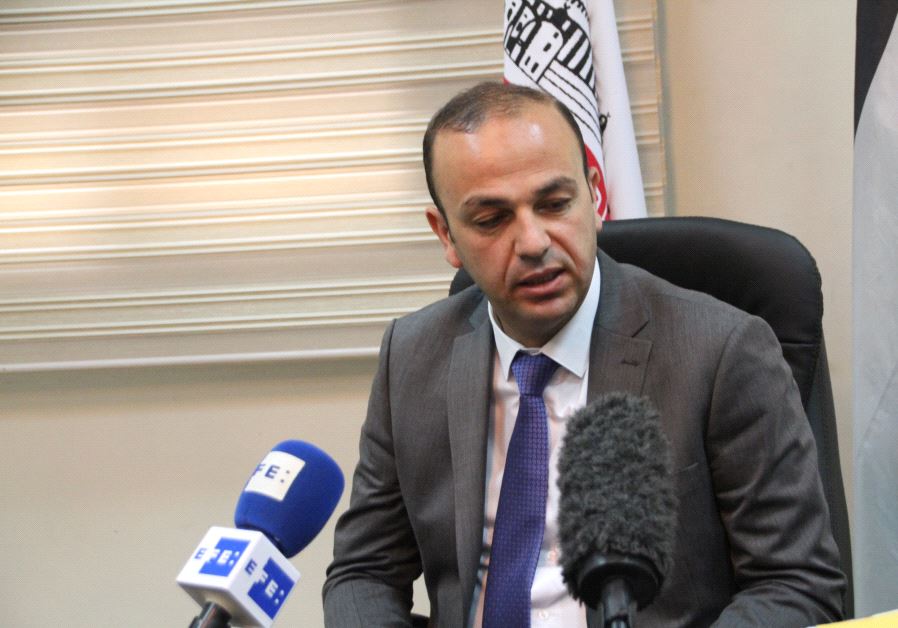 Hebron deputy mayor Yousef al-Jabari (Tovah Lazaroff)The Palestinian Authority has warned the committee that Hebron’s Old City and the cave are at risk from the IDF unless it is placed on the World Heritage in Danger list. If the PA is successful in its bid, Hebron’s Old City would become the third site registered under “Palestine” since the United Nations Educational, Scientific and Cultural Organization recognized it as a member state in 2011. Israel has nine sites on the UNESCO World Heritage List, but none are located beyond Israel’s pre-1967 lines. Jerusalem’s Old City, which includes the Temple Mount and the Western Wall, was designated by UNESCO as belonging to Jordan, and has been on the World Heritage in Danger list since 1982. Israel fears that the campaign by the PA and the Arab states to erase Jewish ties to the Temple Mount, known to Islam as its second holiest site of Al-Haram/Al-Sharif, has now extended itself to Hebron. The Cave of the Patriarchs, whose purchase by Abraham is recorded in Bible, is considered to be Judaism’s second holiest site and Islam’s fourth. 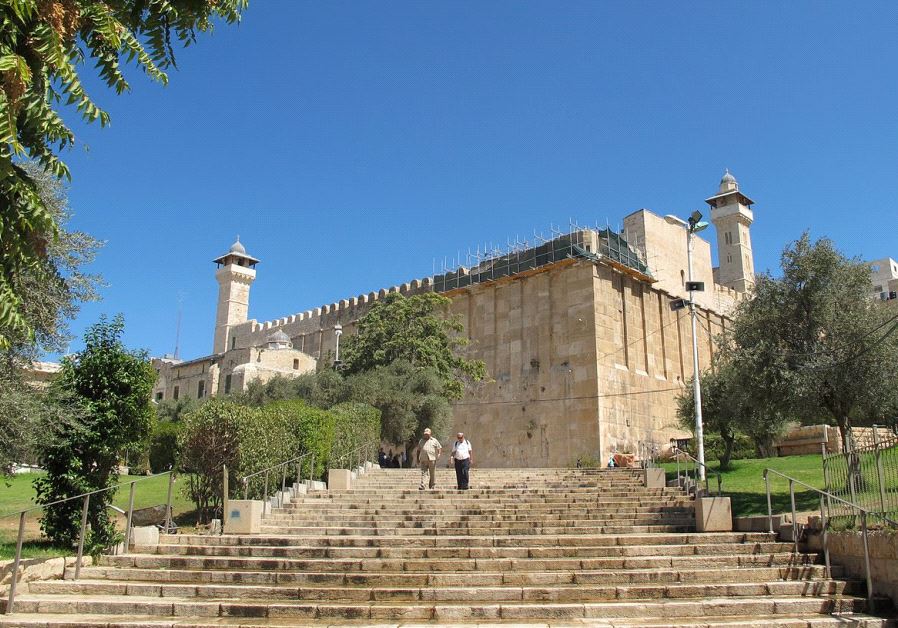 Cave of the Patriarchs in Hebron (OOMAN/WIKIMEDIA)The double cave where the three Biblical forefathers and foremother are buried is located under a Herodian era structure, that houses both Jewish sanctuaries and the Ibrahimi Mosque.It is in a small section of the city of over 230,000 Palestinians, which is under Israeli military control and is home to almost 1,000 Jews.On Thursday, during a trip organized by Media Central, Jabari told journalists that he did not recognize Jewish ties to the site nor believe that Jews themselves felt a connection to the structure. “The real religious Jews do not come and pray in the cave,” he said. “It is only settlers who come to pray. It is not the religious Jews. If Jews think they have a connection or ties to [the Cave of the Patriarchs], why do only settlers go to this site?” Jabari said Palestinians “do believe in all religions and we believe in co-existence,” adding, “Jews have a right to pray in their synagogue but not in the mosque.” Still, Jabari insisted that the request for inscription the UNESCO list is about history and protection, not religion. In its request, the PA focused almost exclusively on the city’s Muslim history and the section known as the Old City that was built during the Mamluk Period that began in 1250. Engineer Alaa Shahin, who had been in charge of preparing the UNESCO submission, said the site met three UNESCO criteria, including history, architecture and universal values.It is one of the few preserved Mamluk cities and was a commercial center, Shahin said. 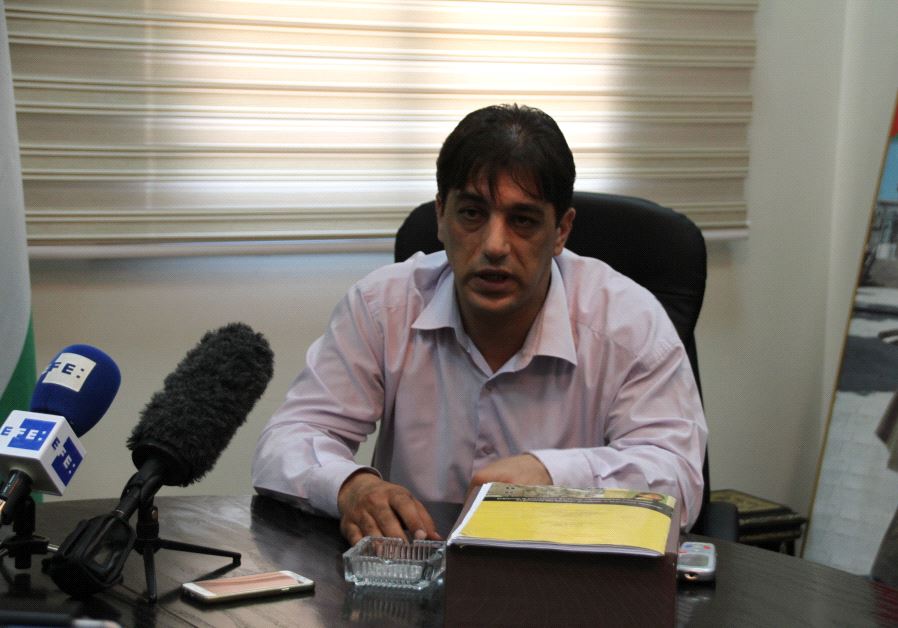 Hebron planner Alaa Shahin (Tovah Lazaroff)Its old city has a unique labyrinth like system of small alleyways that can only be navigated by residents who know its terrain, he said.“In Hebron the people built their homes on the neighbor’s roof, the social relation was very strong. You can imagine the architectural style of the old city. It is the only style in the world in this system,” Shahin said.There are Turkish baths, markets, stables and Sufi zawiyas (monasteries), said Shahin. “In the Mamluk period Hebron was a center of Sufism, with more than 15 zawiyas in less than two square kilometers,” he said.The International Council on Monuments and Sites, or ICOMOS, did not recommend Hebron’s Old City for inscription on the heritage list at this time, because the historical scope of the request was too narrow. ICOMOS explained that Hebron was unique because of its long urban history and its ties to three monotheistic religions. It added that the PA should also include in its request Tel Rumeida, which some scholars believe was the location of biblical Hebron. But the inscription resolution did not refer to those objections, instead saying the committee could not evaluate the site because Israel prevented the UN body’s representative making a field visit. After Israel lodged a complaint, a last-minute change was made to the resolution to include the technical reservations noted by ICOMOS. Israel’s ambassador to UNESCO, Carmel Shama HaCohen, said he was hopeful that the late change to the text was a positive sign showing that victory might be possible, in spite of the Palestinian’s automatic majority in the UN. “Some in the organization shamelessly tried to turn a negative report toward the Palestinians into a recommendation against Israel that justified the Palestinian’s failed request,” Shama HaCohen said. “I am happy that someone at UNESCO corrected this injustice,” he added.