According to Bayit Yehudi MK, the lack of policy in Judea and Samaria has allowed for a situation of lawlessness 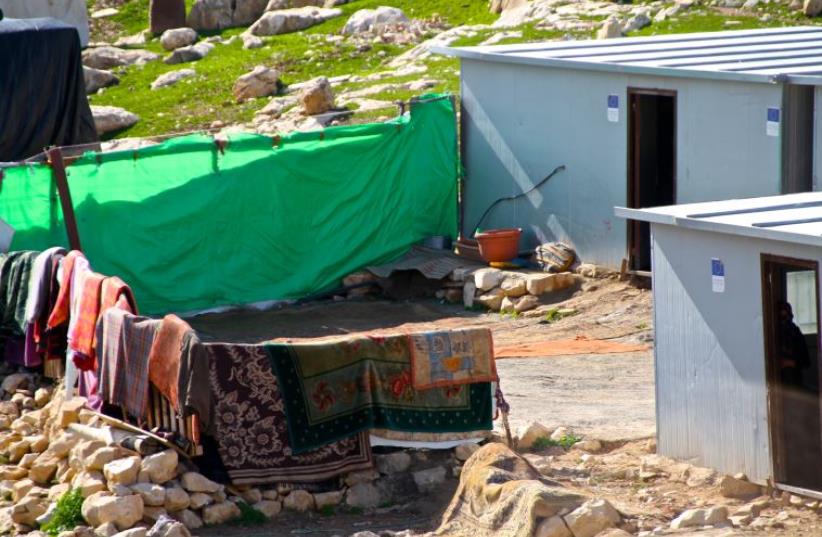 EU funded illegal Palestinian Beduin construction in the area of the Ma'aleh Adumim settlement.
(photo credit: TOVAH LAZAROFF)
Advertisement
The IDF has failed to tackle the issue of illegal Palestinian building, particularly those projects funded by the European Union, charged MK Moti Yogev during a stormy meeting Wednesday of the Knesset Foreign Affairs and Defense Committee subgroup on Judea and Samaria."Officers in uniform are not doing their job, and we will insist on a commission of inquiry to deal with it," Yogev (Bayit Yehudi) angrily stated.The lack of policy has simply allowed for a situation of lawlessness, added Yogev, who chairs the committee subgroup.Hundreds if not thousands of illegal Palestinian homes were built on state land in Area C of the West Bank, he said.The Civil Administration of Judea and Samaria "has abandoned that territory," Yogev said."This is simply construction terrorism directed by the Palestinian Authority with funding from the European Union that amounts to "110 million euros annually," Yogev said.The EU has also supporting the illegal construction of Palestinian infrastructure, such as roads, in Area C, Yogev charged.Representatives of the civil administration, the Foreign Ministry and the Prosecutor's Office for Judea and Samaria took issue with Yogev's words.Civil administration deputy head Uri Mendes said that his office is cracking down on illegal Palestinian building. It is destroying all such structures, save for those that are the subject of legal cases or are protected by a court injunction. 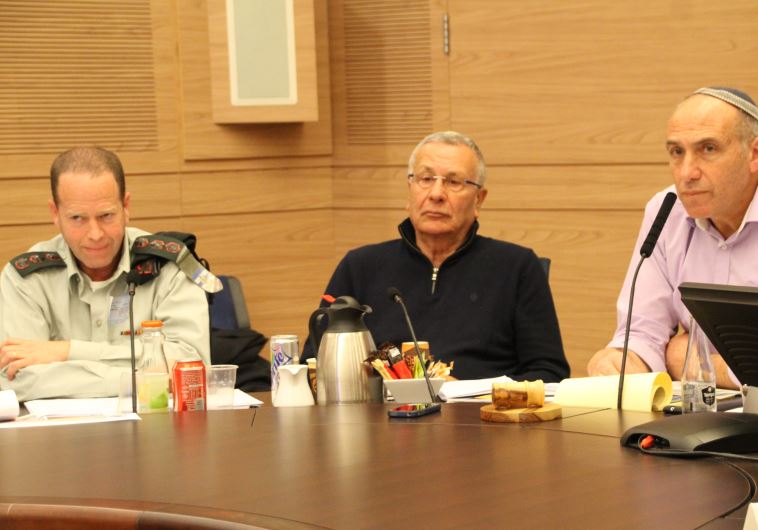 Civil Administration deputy head, Col. Uri Mendes, Brig. Gen. (ret) Dov Sedaka and MK Motti Yogev (Bayit Yehudi)He explained that there is a fair amount of illegal building on the part of both Israelis and Palestinians in Area C. In 2014, 904 illegal structures were built, of which 408 were destroyed, Mendes said.But Merav Ettinger, the legal adviser for the Judea and Samaria police, took issue with his words."Enforcement [of building laws] is a top priority for us. We are disappointed that the civil administration has not asked for more help from us on this matter," she said.Foreign Ministry Department for European Organizations director Avivit Bar-Ilan said that her office has persistently brought up the matter with the Europeans, who have characterized their activities as humanitarian aid to the Palestinians.MK Shuli Moalem-Refaeli (Bayit Yehudi) seemed surprised by her words."Why are we letting EU equipment into Area C?" she asked. "Why aren't we confiscating it?" She added, "You are talking and talking. I have never heard so many words that amount to nothing. Such behavior is intolerable. If you can't do your work, you should return your keys." At some points the debate turned into a screaming match, with Ksenia Svetlova (Zionist Union) and Nurit Koren (Likud) yelling at each other in rapid-fire fashion.Koren took issue with the Svetlova's use of the words "occupied territory." "We're the sovereign power there," Koren said. 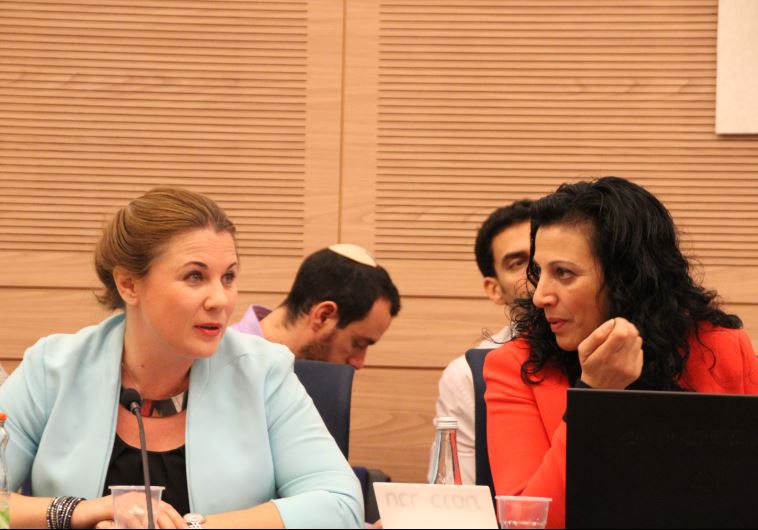 Ksenia Svetlova (Zionist Union) and Nurit Koren (Likud) at the Knesset Foreign Affairs and Defense Committee sub-group on Judea and Samaria."What are you talking about?" yelled Svetlova. "We aren't ruling over a population there. Are you saying that everyone is Israeli there?" MK Michael Oren (Kulanu) attempted to clarify that Israel has authority over the area but is not the sovereign power there."We rule there according to international agreements. We have the responsibility and the authority to prevent illegal Palestinian building there, including from the EU," he said.He charged that the EU was "blatantly creating facts on the ground" with the aim of helping the Palestinians create a state without negotiations.
The matter needs to be dealt with at the policy level and the responsibility for it rests with the government, Oren said.
Advertisement
Subscribe for our daily newsletter