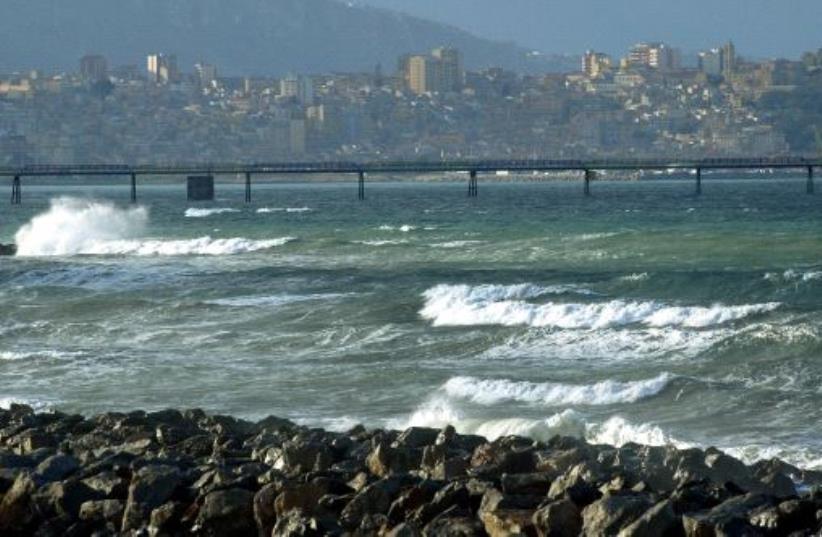 Believed for over a century to be an inner harbor, a 2,500 year-old artificial lake on an island off the coast of Sicily was actually one of the largest sacred pools in the ancient Mediterranean, according to new research by an Italian archaeologist published recently in the journal Antiquity.

A key discovery was that the basin, which is longer and wider than an Olympic swimming pool, was fed by three subterranean freshwater springs.

Findings of three temples rather than the expected harbor buildings on the edge of Motya’s Kothon, a term used by Greek and Latin authors to describe the military harbor of nearby Carthage, placed the sacred freshwater pool in the center of a monumental circular religious compound.

“This revealed it could not have served as a harbor, as it was not connected to the sea. Instead, it was fed by natural springs,” said Professor Lorenzo Nigro of Sapienza University in Rome who led the excavation.

The further discovery of an inscription with a Greek dedication to ‘Belios’ – Greek for Ba’al, the all-important Canaanite god of fertility and of rain and thunder worshiped in many ancient Middle Eastern communities – cemented the reinterpretation of the site by Nigro.

In 2014, a stone block pedestal with a large sculpted foot was found in the pool, which coincides with the recovery of a statue of a male deity over two-meters tall in 1933. Nigro believes the statue stood on the podium at the center of the pool, as the main focus of the entire sanctuary.

Sapienza University and the Regional Superintendence for Cultural and Environmental Heritage of Trapani, Sicily, have collaborated on the excavations of the ancient Phoenician city of Motya for almost 60 years, with the most recent digs taking place between 2002-2020, focusing on the rectangular, stone-lined basin.

The Kothon at Motya was first explored in the early 1900s by the Anglo-Sicilian pioneer archaeologist Joseph Whitaker who mistook a channel leading from the basin as a way of accessing the sea and so erroneously identified the basin as an inner harbor, noted Nigro in his report. British archaeologist Benedikt Isserlin who led excavations at the site between 1955-1970 then identified the pool as a type of dry dock for the cleaning or repair of ships

“Renewed excavations in the area surrounding the ‘Kothon’ now permit a more fundamental reinterpretation of this feature,” said Nigro, who said that he would continue to call the compound by the erroneous description out of respect for the work of Whitaker.

The Kothon was excavated and drained twice over two seasons: in 2005 and in 2013, when the pool was drained again and excavated by mechanical means which identified channels that conveyed water from the freshwater springs into the pool.

“Critically, these investigations also confirmed that, at no point during the life of the Phoenician city (eighth to fifth centuries BCE), was the pool ever connected to the Marsala Lagoon and hence to the open sea,” Nigro reported.

The basin is located at the center of a monumental religious complex comprising three temples, with possible astronomical functions, dating to 550–397/396 BCE. The sacred pool may have served for the observation of the movement of stars that were important for Phoenician navigation.

Additionally, the flat surface of the pool may have been used to track these celestial movements, which were important for both Phoenician navigation and religious holidays.

Notably, said Nigro in a university press release, many of these stem from other ancient cultures suggesting Motya remained an open and accepting cultural melting pot. Historical records also attest to an open attitude, indicating it caused animosity with Carthage and that contributed to Motya’s eventual downfall, he said.

“Temples, architectural niches, stelae and other features within the complex were orientated towards rising and setting stars and constellations of practical and symbolic significance such as equinoxes and solstices,” said Nigro in the Antiquities report.

“The arrangement of buildings, stelae, altars, bothroi (pits), votive offerings and other features within the enclosure, suggest a place of religious activity dedicated to the sacred waters, the sky and the associated gods – all key elements of Phoenician religious beliefs.”

In addition, the bronze pointer of a navigation tool, or astrolabe, was recovered during excavation of the Temple of Ba’al, supporting the thesis of an astrological orientation for the compound.

“The nearby Temple of Ba’al is aligned with the rise of Orion at the winter solstice, whilst stelae and other features were aligned with other astronomical events,” added Nigro. “This points to the deep knowledge of the sky reached by ancient civilizations.”

Nigro noted that the uncovered Temple of Astarte is orientated south-southwest where the planet Venus, associated with the goddess Astarte/Aphrodite, rises in summer and the niche, which would have housed the likeness of the goddess, is on the northern side of the temple, orientated towards the nearby Mount Eryx, the location of a renowned temple of Astarte/Aphrodite/Venus, mentioned by Cicero for its wealth and sacred prostitution.

The third temple, the Sanctuary of the Holy Waters located on the western side, was associated with the sunset and the netherworld, said Nigro.

As Nigro describes it, the statue of Ba’al would have watched over the sacred pool as it served as a surface for observing and mapping the movement of the stars based on the alignment of structure and features position around the sacred enclosure.

In 2019 they placed a replica of the statue at the center of the pool to recreate the visual impression that might have been experienced by an inhabitant of ancient Motya.

Motya, today called San Pantaleo, was the site of a flourishing settlement during the Bronze and Iron Ages. The island was rich with natural resources, including salt, fish and fresh water, and offered a well-protected harbor at a strategic location between North Africa, Iberia and Sardinia. From the second millennium BCE onwards, it attracted people from across the Mediterranean.

Nigro explained that around the beginning of the eighth century BCE Phoenician settlers arrived on Motya, integrating with the local population who were later known as Elymians, and giving rise to a distinctive West Phoenician cultural identity.

By the seventh century BCE, the settlement had developed into an important port-city, with a wide exchange network across the Central and Western Mediterranean. As a result, Motya soon came into conflict with Carthage, the rising power on the opposite side of the Strait of Sicily, on the North African coast, and towards the middle of the sixth century BCE, Carthaginian forces led by General Malco destroyed Motya.

The city swiftly recovered, however, building an impressive city wall which was one of the earliest such structures in the central Mediterranean. In addition, said Nigro, other monumental constructions within the city at this time included two major religious areas, one to the north and one to the south, suggesting that the city had strengthened its status as a central Mediterranean counterpart to Carthage.