Exhibition in Israel: The fabric of our lives

A new exhibition at the Eretz Israel Museum explores textiles as an artistic material.

By ANYA BONAN
Ish Gabbai
(photo credit: ANYA BONAN)
Advertisement
A new exhibition in Tel Aviv showcases the influential and ever-present nature of textiles in the world around us.“The exhibition makes a point of the metamorphosis of textiles in our lives,” says Irena Gordon, curator of “Woven Consciousness: Contemporary Textile in Israel,” the exhibition now on display at the Eretz Israel Museum. “It’s something we take for granted,” she adds. 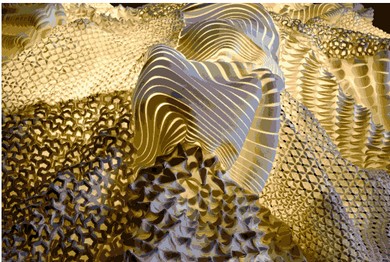 Displaying the works of 59 Israeli textile designers, visual artists and multidisciplinary creators, the exhibition aims to demonstrate the integral role that textiles play in our day-to-day lives. They offer practical benefits in the form of clothing, furniture, curtains, drapes and towels, but at the same time they acquire sentimental value, familial significance, as well as cultural and historical importance over extended periods of time.The designers and artists had hands-on involvement at every stage of the work, from the making of the thread and dyeing to the final product. This leads to a highly personalized creation process for each piece, signifying the designers’ passion and dedication towards their field of work. 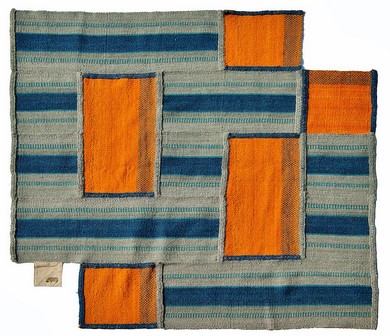 “Memory and identity are embedded in the textiles,” says Gordon, who has worked closely with the designers and artists for almost a year and a half to plan and piece together the exhibition, describing many of the pieces as “subversive,” “ironic” and “poetic.”Yeshaayahu (Ish) Gabbai, a senior lecturer at the Shenkar College of Engineering and Design, is one of the artists whose work is featured in the exhibition. Born in Lithuania, he moved to Israel at the age of four. He speaks 10 languages, among them Hebrew, English, Russian, Polish, Arabic and Yiddish.His piece, Silver and Gold, is based on the notion that “It is easier to recognize minute objects when they are grouped together rather than when they are by themselves.”

Gabbai uses a minimalist distinct grid to craft a work of textile which, as he puts it, has a sense of “fluid identity.” Its miniature components are made from white linen sheets, whose origins date back to pre-World War II Eastern Europe. Using compression, gluing and puncturing, he transforms his family’s fabric into a kind of second skin. The result is a significant number of miniature items, each able to fit on the tip of his finger. The items are classified into 120 sub-groups, each containing 16 identical items.“The 120 variations represent the engineering possibilities of one small, simple object,” says Gabbai. “Some are flirting with the viewer, and some are eating humble pie,” he adds humorously. 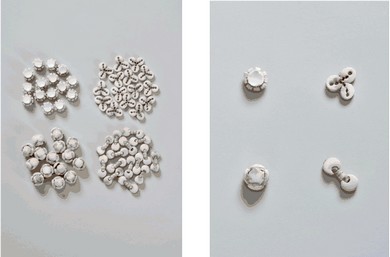 In the exhibition, Gabbai’s groups are showcased on two tables, set in a matrix or Petri dish embedded in the wooden surface. The first group is called “Silver,” in which every concavity holds 15 items from each species. The second, “Gold,” contains one item of each species, demonstrative of the value of rare objects, while exposing their isolated and incubated nature. In essence, “Gold” and “Silver” embody “something more than reality” for Gabbai.Some of the other artists featured in the exhibition are Shiri Cnaani, Tova Lotan, Sasha Stoyanov, Itamar Sagi, Yehudit Katz and Uri Tzaig, all of whom regard textiles as a fundamental aspect of their lives.Gabbai expresses this perfectly in explaining the principle of his piece: “This is the way I think… It’s something to represent the flow of my ideas that is almost hard to control.”The exhibition is on display until June 15. For more information: www.eretzmuseum.org.il/e/.


Tags israel and the middle east