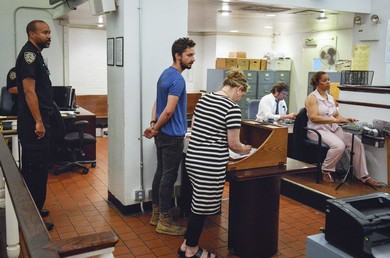 Jewish actor Shia LaBeouf, who starred in the "Transformer" movies and with Harrison Ford in "Indiana Jones and the Kingdom of the Crystal Skull" was arraigned on Friday on charges of disorderly conduct and harassment at a Broadway theater.LaBeouf, 28, did not enter a plea on five charges in the tiny, packed courtroom at Manhattan's Midtown Community Court. He was arrested on Thursday evening inside New York's Studio 54, where police said he disturbed a performance of the musical "Cabaret," used obscene language and became belligerent when security guards asked him to leave. 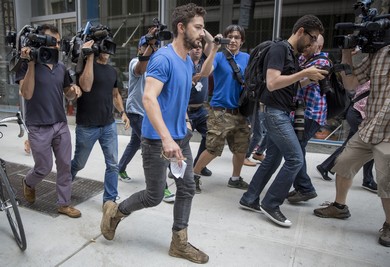 He was charged with two counts of disorderly conduct, one count of trespass, one count of criminal trespass and harassment in the second degree.According to TMZ, the actor began shouting "Do you know who the f*** I am?" to the theater's security team when the attempted tor remove him from the venue. He also apparently spat at a police officer when he arrived at the police station.A source told E! Online that the was not on drugs of any sort.The hearing was adjourned until July 24 and LaBeouf was released on his own recognizance. All of the charges are misdemeanors or violations so the actor would face minimal or no jail time if convicted. As a disheveled-looking LaBeouf left the court alone wearing a bright blue T-shirt, ripped on one shoulder, and baggy pants, he made no comment to the mob of waiting photographers and reporters and walked briskly down the street.Shortly after the incident, actor Alan Cumming, who plays the MC in the infamous musical tweeted his reaction to the ordeal.

I feel you Shia: In 1993 I was carried out of Les Mis screaming because I couldn't handle the intimations of death.
— Lena Dunham (@lenadunham) June 27, 2014


The actor's arrest is the latest bizarre behavior from the former Disney star. Earlier this year he walked out of a press conference and attended a red carpet premiere at the 64th Berlin International Film Festival to promote the movie "Nymphomaniac Volume 1" wearing a brown paper bad saying "I Am Not Famous Anymore." In February he also set up an unusual art installation in a Los Angeles called #IAMSORRY in which visitors were asked to select a small item from a group of objects on a table and then escorted into a room where a silent LaBeouf sat wearing the a similar brown bag on his head. 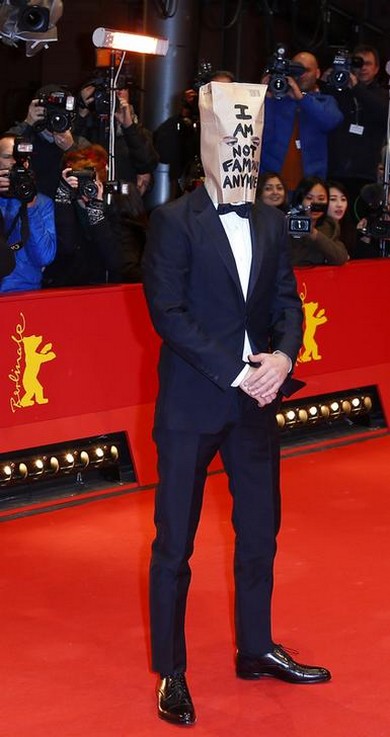 He also apologized via Twitter to a graphic novelist whose work he was accused of plagiarizing in his short film "Howard Cantour.com."LaBeouf, who was born and raised in California, starred in the popular Disney Channel series Even Stevens in the late 1990s and won an a Daytime Emmy for his role.The actor also starred opposite Michael Douglas in 2010's "Wall Street: Money Never Sleeps" and as a Depression-era bootlegger in the 2012 film "Lawless."
Advertisement
Subscribe for our daily newsletter