Music power-couple spent more than in hour in the Holocaust memorial and were "very impressed," said the museum's official Facebook page. 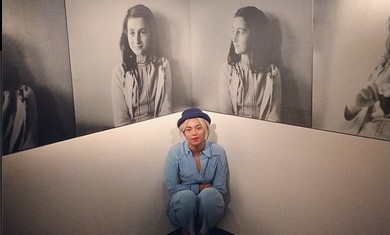 Just because Justin Bieber does not know a “Belieber” from a Holocaust victim does not mean all celebrities are equally as ignorant. Beyoncé is a superb example.Amid rumors that the one and only “Yoncé” will be stopping in the Holy Land for a leg of her tour this coming June, the feminist icon and her rapper husband Jay Z took time out of their busy schedule to educate themselves about a very significant historical event in Jewish history – the Holocaust. The official Facebook page for the Anne Frank House posted last week that the famous power couple visited the historical site in Amsterdam.“They were more than an hour inside and very impressed by their visit to the hiding place of Anne Frank,” said the post. 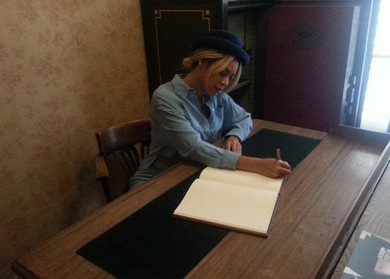 We can only hope this is Beyoncé’s attempt at brushing up on her Jewish history before her hopefully epic Tel Aviv performance which is reported to be scheduled for June 15. The December release of her latest, Beyoncé, The Visual Album sold a million digital copies without any prior promotion within six days of its release.Last April, Canadian pop star Justin Beiber was the subject of harsh controversy, as usual, when he visited the same museum and wrote a message in the Anne Frank House guest book that many fans found distasteful and narcissistic.“Anne was a great girl. Hopefully she would have been a ‘Belieber’,” the museum shared in a Facebook post.