Despite rumors flying through the media of a certain teen heartthrob interested in joining the tribe, Styles not learning Hebrew. 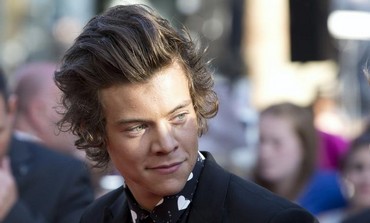 Harry Styles thinks Judaism is cool, but he will not be learning Hebrew.Despite rumors flying through the media of a certain teen heartthrob interested in joining the tribe, One Direction superstar Harry Styles will not be learning how to speak Hebrew, or at least not anytime soon.The Daily Star reported on Sunday that the 19-year-old pop star has plans to learn the holy language in 2014, and has an "obsession" with Judaism. Since filming the music video for 'Story of our Lives,' the boys have taken a keen interest in the religion, taking notes from director Ben Winston and his wife Meredith.“Harry’s made it his mission to learn to speak and write Hebrew. His obsession started with his tattoos, but now he’s becoming very serious about learning as much as he can. So far he’s learned to write his name and One Direction in Hebrew,” The Daily Star reported Winston as saying this week. 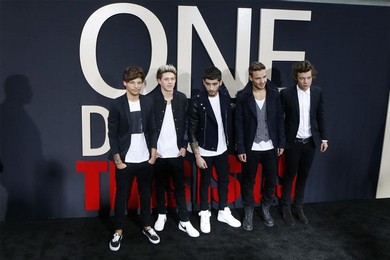 Unfortunately, the rumors may be false.After reading reports flying though the media, Winston took to Twitter to set things straight.

@boydhilton not really that amazing. Quotes I never said taken from interviews over a year ago!

Although the interview may have been taken out of context, one thing is for sure: Harry Styles has a custom made kippah, and sports the Jewish accessory proudly.

If that's not exciting enough, he had the Hebrew letters of his sister's name tattooed on his shoulder in August. 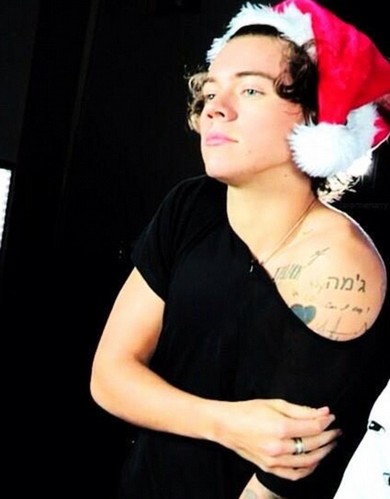 The Daily Star report also said that Styles has a soft spot for kosher food."He regularly visits kosher restaurants in New York," Winston reportedly said. Unfortunately after he was spotted at Manhattan kosher restaurant Le Marais in August, his father disappointed Jewish teenage girls all over the world when he confirmed that Styles is not in fact a Jew.

Still lots of queries asking if H is some % Jewish? No idea where any rumours came from in but, categorically, he is 0% Jewish. Not at all.X

Although he may not be converting to Judaism or learning Hebrew, he is definitely embracing some Yiddish vocabulary.Perez Hilton reported Winston reminiscing about Styles arriving late to the red carpet before an event."The other night on the red carpet, a reporter asked Harry why he was a bit late arriving that night. He said, 'Yeah, because our manager is a nudnik!' They’ve definitely embraced a Jewish way of life, that’s for sure."  Luckily for One Direction fans of Israel, there a unconfirmed rumors that they will be performing in the Holy Land this year.Fingers crossed, 'One-Directioners.'
Advertisement
Hot Opinion