Fashion expert Ella Manor speaks to one of Israel's biggest fashion bloggers to get the low-down on what to expect from Pope Francis' sacred wardrobe.

By ELLA MANOR
Pope Francis
(photo credit: REUTERS)
Advertisement
The pope is visiting the holy land, and I for one am dying to know what he’s going to wear! Thinking about the pope’s visit to Israel, I was reminded of some of the highlights of the holy man’s personal yet extremely public fashion wardrobe and I became quite curious to know more about the styling, fashion design and functionality behind the pope and his fashionable entourage. 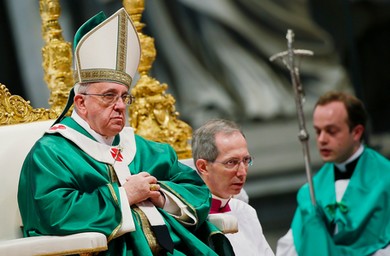 From looking at Pope Francis' history of formal attire, it would appear his style is more simple and humble than his predecessor Benedict XVI which embraced the ceremonial and elaborate Renaissance period by wearing fur, velvet and solid gold rings. However, on occasion the pope still dresses up in spectacular colorful and bit more elaborate outfits depending on the event and its symbolic relevance.

Pope Benedict XVI I’ve set out to ask a one of Israel’s biggest fashion bloggers, Korin Avraham from “Yasalam” what she thinks about the pope’s fashion.
...
Who do you think designs Pope Francis’ clothes?The pope's clothes are designed by a family-owned Gammarelli tailor shop in Rome that has dressed popes for the last two centuries, except Pope Pius XII who used his family tailor. 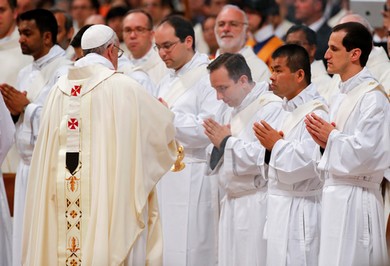 Does he dress on his own or do you think he gets help?I think that the current pope dress on his own, as he comes across as a self sufficient and modest person.What colors are distinctive about the pope’s apparel and what do they symbolize for his followers?

White or Gold: These colors symbolize life and they are the pope's colors since the pope is the closest representative of god.Red: The color of blood and, therefore, of martyrdom. This color is worn by the pope on certain holidays.Purple: Worn during the Advent and Lent seasons, purple reflects sorrow.Pink (Rose): A special color worn rarely. It represents a time of joy amid a period of penance and prayer.Blue: Symbol of the Virgin Mary. Usually worn on Marian Feast days.Has the pope’s wardrobe become more modern over the years to adopt any new trends or is it all based on traditional historical designs? 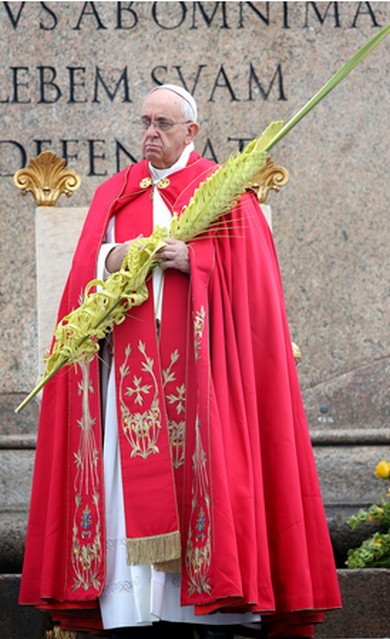 It's definitely based on traditional designs and colors, but I think it changes by the personal style that the specific mindset of the current pope. I wouldn’t say that it has become more modern necessarily. For example, Pope Benedict wanted to bring back age-old Vatican customs and wore some old fashion items like the ‘camauro’ - a red-velvet cap trimmed with white ermine which looks like a cut down Santa hat - which hadn’t previously been worn for a long time.Do you think there is a relation between fashion choices and the appearance of the church in a  political way?I do, I believe the choice of Pope Francis in his austere sartorial choices is based on his aim to reconnect the Vatican to Catholics worldwide, while Pope Benedict, as you mentioned briefly before, embraced the ceremonial and elaborate Renaissance period in his desire to bring back the Church’s traditional liturgy and doctrine, and his choice of garb reflects that.Have you noticed any differences between Pope Francis’s fashion choices and his predecessors?For sure yes!  The difference between the new pope and his predecessor was clear from the moment Pope Francis first stepped out from the balcony of St. Peter’s Basilica. His outfit was modest and simple and so different from his predecessor who was known for his personal style and his attention to his dressy outfits that contained hats and capes with bold choices of color. It’s clear that Pope Francis favors a simpler design compared to Benedict’s Baroque inspirations and who was also named the “Prada Pope” by the Italian media.What is the origin and purpose of the pope’s traditional hats?Some claim it’s Pagan although its not definitive. The most known hat is the “Mitre” - a tall folded hat worn by popes and other bishops is an ancient symbol of priestly authority. Mitre's come in several styles, made of white linen or silk; pretiosa or precious, adorned in precious stones; and auriphrygiata or gold made of gold cloth or white cloth with a gold fringe. Mitre is typically worn during celebrations. 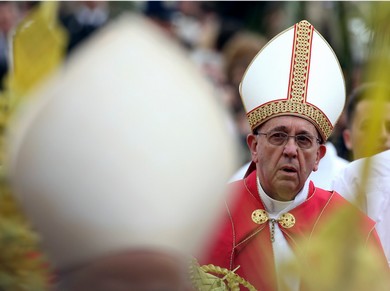 I can't get over these colorful outfits his guards are wearing.  Can’t help but think about the clown gesture when I see these. Aren’t they a little too happy for this type of serious job? Or maybe they also intend to amuse him in some way? what do you think? 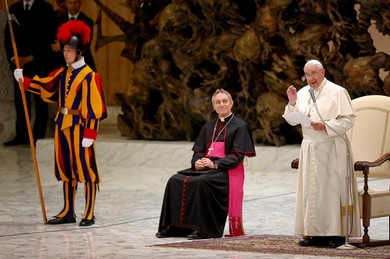 I hear you and agree that these blue, red, orange and yellow striped uniform (designed in early 1900) are not modern at all! I personally love traditional costumes and uniforms, just like with the queen of England’s guards. I would consider modernizing it a bit but definitely would keep the same feel. It seems as though the pope’s clothes are not always secured in place very well. There are a few images of him getting his cloak in his face, etc. Any suggestions for the Pope on how he may secure his outfits? 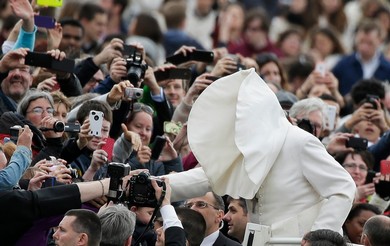 Lol, I love that picture where the short cape was flying up and covering his face, just because I like to see the human angle of famous or important people. I wouldn’t recommend to secure it necessarily but I would have his people consider choosing the right outfit for the current weather, for example wearing a long and heavier cape on a windy day.Thank you so much Korin for your input.
...
We wish the pope who’s arriving today in Israel a great and fashionable visit to the holy land. To find out more about Korin and her blog visit http://yasalam.co
... 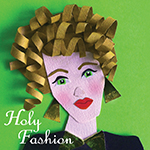