A Foreigner fan in Mea She’arim

By DAVID BRINN
MARCH 23, 2014 21:45
Members of Foreigner
(photo credit: REUTERS)
Advertisement
If you were to accept the perfectly reasonable bet that there aren’t any haredi rabbis in Mea She’arim who can sing in their entirety the early hits of veteran British rockers Foreigner – like “Cold as Ice” and “Feels Like the First Time” – you’d be out a few shekels.That’s because the band’s blockbuster 1977 self-titled debut was co-produced by British studio whiz John Sinclair, today known to his students at the Ohr Somayach/Tanenbaum College in Jerusalem as Rabbi Yaakov Asher Sinclair.When Mick Jones brings his fabled band to Israel this week for two shows – in Tel Aviv on March 25 at Hechal Hatarbut and March 26 at the Haifa Cultural Center – Sinclair won’t likely be present. But he was certainly on the scene as a major player in the British rock scene in the 1970s, opening the popular Sarm East studios in London in 1973 with his sister Jill. There, some of the era’s top artists, including Elton John and Queen, recorded landmark songs, including Queen’s “Bohemian Rhapsody.”Essentially the first 24-track studio in Britain, artists ranging from The Clash to Yes signed up to record there. After Jones in 1976 spent six months finding the right players and rehearsing the band that would become Foreigner, the group was matched with Sinclair and his co-producer Gary Lyons to record their debut. Ironically, the sessions were held at the Hit Factory and the Atlantic Recording Studios in New York instead of at Sarm, but the album was mixed back in London.Released in March 1977, the album sold over four million copies in the United States, staying in the Top 20 for a year and paving the way for the group’s later success as one of the era’s top arena rock bands.Meanwhile, Sinclair began to go back to his Jewish roots and in 1987, moved to Israel to immerse himself in Torah studies. After learning at Ohr Somayach and the Mir Yeshiva, he received his rabbinical ordination in 1996.Today, he’s a lecturer in Talmudic logic and philosophy and a writer for the online publications Ohrnet and Torah Weekly.When contacted by The Jerusalem Post, Sinclair pleasantly said that he preferred to not be interviewed about his time as John Sinclair in the studio with Foreigner, but wished the band well.If Mick Jones decides to venture to Mea Shea’rim during his stay here and runs into his former producer, it will undoubtedly feel like the first time. 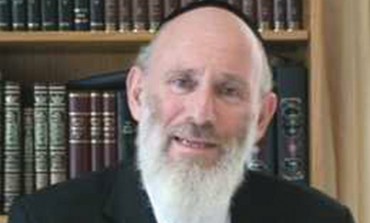