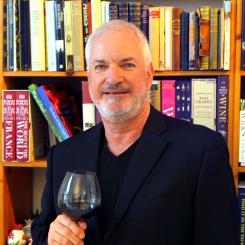 Adam S. Montefiore is the wine writer for the Jerusalem Post and has written his Wine Talk column since 2010. For over thirty years he has contributed to the advance of Israeli wine.

Born in London, he initially worked in the English wine trade. When he made Aliyah, he devoted himself to Israeli wine, working for many years for Israel’s two most famous wineries, Carmel and the Golan Heights Winery, and along the way contributing to the successful launches of Yatir Winery and Kerem Montefiore. During all this time he has arguably been the most visual champion of Israeli wine in the wider world, being referred to as 'The Israeli wine ambassador' and 'the English voice of Israeli wine.'

Montefiore frequently writes about wine in both Israeli and international publications. He is author of "The Wine Route of Israel," "Shvill Ha’Yayin" and "Wines of Israel." He is also a contributor to "The Oxford Companion To Wine," the "Pocket Wine Book," the "Pocket Wine A-Z," "The World Atlas of Wine" and "The Book of New Israeli Food." He is a member of The Circle of Wine Writers.

He is the fifth generation after Sir Moses Montefiore and the first from the family ever to make Aliyah. His brothers include historian Simon Sebag Montefiore (author of "Jerusalem: The Biography") and writer Hugh Sebag Montefiore. He lives in Ra’anana, north of Tel Aviv. His wife, Jill, passed away in 2015 after 33 years of marriage. He has three children and five grandchildren.