A representative to the Massachusetts House of Representatives called the Israeli administration a murderous, thieving, apartheid, terrorist regime. 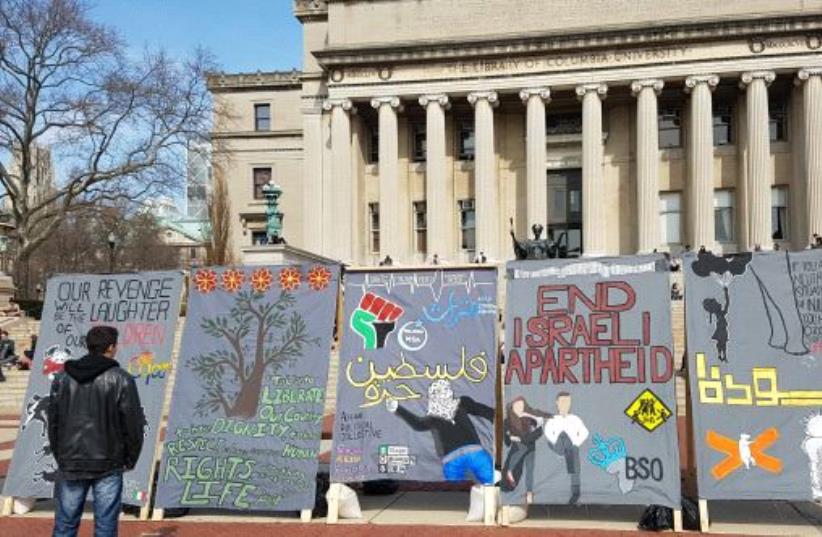 Massachusetts Rep. Jaime Belsito (D) called on the United States to acknowledge that Israel is an "apartheid-run thuggery terrorist regime" in a Twitter post last week.

"The US must acknowledge that the [Israeli] administration is an apartheid-run thuggery terrorist regime on a mission to kill Palestinians," she wrote. "Killing and land taking [have] nothing to do with antisemitism. It is genocide."

The US must acknowledge that the @Israel administration is an apartheid run thuggery terrorist regime on a mission to kill Palestinians. Killing and land taking has nothing to do with anti-semitism. It is genocide.

Belsito represents the fourth Essex district in Massachusetts. The district includes the towns of Hamilton, Ipswich, Manchester-by-the-Sea, Rowley, Topsfield and Wenham. It has a population of roughly 45,000.

Belsito's comment came amid a flurry of moderate and left-wing politicians from Israel and across the globe who criticized the newly-formed Israeli government, referring to it as the most right-wing, religious government in the country's history.

Israeli Prime Minister Benjamin Netanyahu speaks during a special session of the Knesset, Israel's parliament, to approve and swear in a new right-wing government, in Jerusalem December 29, 2022. (credit: REUTERS/AMIR COHEN)

According to a 2020 review of Palestinian population statistics by the Palestinian Central Bureau of Statistics, despite accusations of Israeli-perpetrated genocide, "the number of Palestinians in the world has doubled more than nine times since...[the founding of the modern state of Israel in] 1948." Furthermore, "more than half of them [were living] in historical Palestine [as of the end of 2019], where their number reached 6.64 million."

The accusation of apartheid echoes the Amnesty International report from last year entitled "Israel’s Apartheid Against Palestinians: Cruel System of Domination and Crime Against Humanity." The global Jewish community and many beyond have condemned the report, claiming it to be profoundly dishonest and prejudiced against Jews and the Jewish state.

Belsito has a history of anti-Zionist comments and remarks. A week prior to the previously mentioned tweet, she posted on Twitter, "it is imperative that the...administration challenge this alt-right incoming [Israeli]administration. The world cannot allow a 60+ decade genocide to continue as they continue to kill Palestinians, bulldoze their homes and take over their land."

It is imperative that the @POTUS administration challenge this alt right incoming @IsraeliPM administration. The world cannot allow a 60+ decade genocide to continue as they continue to kill Palestinians, bulldoze their homes and take over their land. #Palestine

That Belsito wrote that Israel has been conducting genocide for over 60 decades (600 years) is an apparent typo.

Additionally, 600 years ago, the Mamluk Muslims in control of the land treated non-Muslims, including Jews, as second-class citizens.

Jews were prevented from freely practicing their religion in numerous ways. For instance, they were barred from getting any closer than the seventh step leading up to the Cave of the Patriarchs in Hebron.